* The story is told from a two point perspective, Lira and Elian's 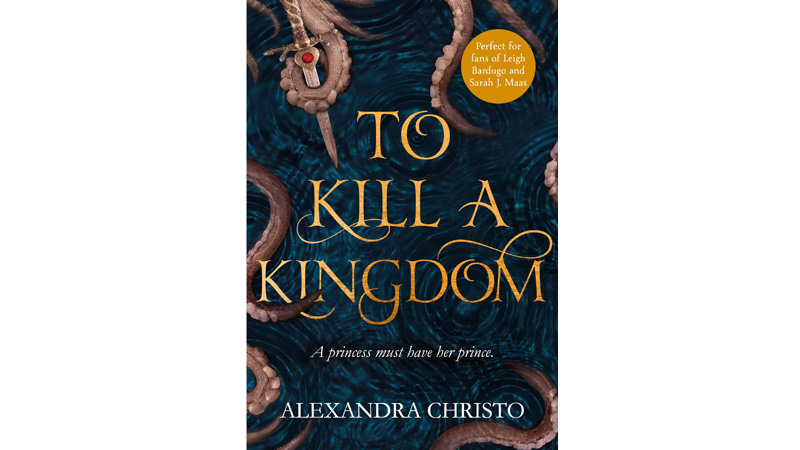 To Kill a Kingdom takes the reader on an epic journey in a fantasy based world where there are kingdoms both on land and under the sea.

A kingdom of imaginative characters where sirens, mermaids and the mermen live and which is from where the protagonist of the story Lira belongs. A long history of what seems to be a never ending conflict between the humans and the sirens is in cortege. Lira is a siren, a deadly and lethal creature. Every year on her birthday she kills a human prince and steals his heart. Lira is the heir to the throne of the sea kingdom. Lira is a phlegmatic character she has got a definite dark side to her. She was being brought up to fight for what she wants and to let nothing stand in her way. She’s taught to fight and look directly in the face of fear.

She has the hearts of 17 princes in her home under the sea, one for every year she grows.

Lira and Elian, both are very well written characters, they are the strongest personalities in the book obviously being the main characters but another strong personality is the Sea Queen. The Sea Queen is Lira’s mother and she is a very ruthless, twisted ruler of the sea kingdom. I loved becoming more acquainted with Lira

One day, the Sea Queen punishes her by turning her into human instructing her to steal the heart of Prince Elian so that she can get back to being a siren again. Elian is a prince by law but pirate by heart. He’s known as being a siren killer throughout the kingdoms. He travels on his ship with his crew and kills any siren that they come across. The siren he wants to kill the most is Lira because she is the biggest threat and she takes heart of a prince every year. When he rescues a drowning woman from the ocean, she promises to help him destroy siren kind for good. But he has no way of knowing whether he can trust her or not.

The story is told from a two point perspective, Lira and Elian’s.

Lira and Elian, both are very well written characters, they are the strongest personalities in the book obviously being the main characters but another strong personality is the Sea Queen. The Sea Queen is Lira’s mother and she is a very ruthless, twisted ruler of the sea kingdom. I loved becoming more acquainted with Lira.

While Lira was amazing as a siren, I think I loved her more when she ended up as a human. Lira is the daughter of the Sea Queen, whom is so like Ursula in the little mermaid. Full of tentacles and all kinds of cruel and awful grotesque stuff. I hated how she treated Lira. And everyone else in the sea too. She is the reason for why Lira is killing a human prince once a year. Why every siren kills a human when they grow. So there is kind of a war between the sirens and the humans. Lira is vicious and cruel as a siren, but that is not all she is. One wish I do have for this book is that the side characters had a bit more of a personality. There is an entire group of astonishing characters in this book. I’m not going to discuss them all, simply going to specify a tad bit of them. Elian has a ship that he is commander of, with a bundle of individuals who are faithful to him. We become more acquainted with a couple of them, and they were so much fun. Furthermore, appeared to be so wonderful. I cherished how they ensured him and thought about him. This book is about Lira and Elian; however the side characters were significant as well, and were composed so well. We don’t see the alarms a ton, yet they appeared to be so amazing as well. So throughout the book Lira and Elian’s relationship develops. Lira and Elian have a lot of banter throughout the book and it’s very well written. It definitely brings across the character’s personalities. This is a grasping story of quest and murder with a very moderate romance that doesn’t divert from the central story curve, which is refreshingly unique for this genre.

There is not all that much romance in this book, but there is a little bit, and it was so stunning. These two characters are the most adorable. Lira and Elian were both awesome and they fit together so well. I mean, yeah, she lied about who she was almost the whole book, but even so. They were perfect together. And I loved reading about them, how they argued and teased each other. It was written so well and it was gorgeous and I loved these two characters the very most.

I’m giving this flawless book five stars. Since I cherished it an entire cluster and it was all that I needed it to be. The characters were past dazzling, and the story was so energising. That is to say, beyond any doubt, there was a couple of things that troubled me somewhat, similar to I wish there was more of the sentiment. What’s more, I’m interested to discover significantly increasingly about that completion. However, I additionally simply adored this book. What’s more, I am feeling so upbeat about everything. Additionally, the closure was incredible. Somewhat, discourteous, yet completely flawless as well.

The entire book was extraordinary.

I figure everyone should read this book since To Kill a Kingdom was everything that I needed it to be. Fun and perilous, thus great!

The writer can be reached at zeest0123@gmail.com