Various analysts are expressing the opinion that by opting for the establishment of the Kartarpur Corridor, Pakistan has scored a diplomatic victory.

Article 36 of the Constitution of Pakistan assures that “The state shall safeguard the legitimate rights and interest of minorities, including their due representation in the Federal and Provincial services. Development of Kartarpur Corridor is part of the same commitment to promote religious freedom and harmony of the minorities. Kartarpur Corridor project is funded by the Government of Pakistan with no foreign funding involved. Phase-1 of the project (with no commercial venture) is intended to be completed before 550th Birth Anniversary of Baba Guru Nanak mainly to facilitate Sikh Community to celebrate the holy day this November.

The Government has acquired 1500 acres of land for the development of Kartarpur Corridor at the cost of Rs. 15 Billion. Development work on the corridor is in full swing. Wherein, over 70% of the infrastructure has already been completed, remaining work will be completed by last week of September 2019.

Infrastructural development of Gurdwara Darbar Sahib Kartarpur is being accomplished ensuring all religious and historic provisions. Moreover, the development work has been planned in consultation with renowned religious scholars of Sikh community with the view to preserve legacy of Baba Guru Nanak Sahib and sanctity of other holy places including Gurdwara building, Khui Sahib and Khaiti Sahib. Transport facility for Sikh pilgrims visiting the Gurdwara Darbar Sahib Kartarpur has been ensured while pedestrian pilgrims will also be able to perform their rites on development of complete infrastructure. Kartarpur Corridor is a great goodwill gesture by Government of Pakistan for Sikh community. Inhibitions regarding Pakistan’s motives depict Indian hypocrisy towards religious minorities including Muslims, Sikhs, and Christians.

From the perspective of Sikh community, visa free access to the holy place would be a befitting tribute to Guru Nanak, who rose to break the stranglehold of the oppressive systems of socio religious orders in nascent Punjab.

Kartarpur Corridor is expected to open doors for region’s economic growth and boost the tourism industry on both sides. People on both sides desire peace and development; it will generate economic connectivity between the two Punjabs. It is a significant step towards reconciliation and is likely to foster shared cultural and historical linkages. In future, Pakistan is also considering a similar arrangement for Hindu pilgrims who want to visit the Katas Raj Temple and Sharda Peeth; monuments of historic and spiritual value.

It has been established beyond doubt that Pakistan is a peace-loving nation and endeavours to peacefully co-exist with all its neighbours. By developing Kartarpur Corridor, Pakistan is extending its friendliness and wholeheartedness to the Government and people of India.

People on both sides desire peace and development; it will generate economic connectivity between the two Punjabs. It is a significant step towards reconciliation and is likely to foster shared cultural and historical linkages

Pakistan sacrificed over 82,000 lives in the war against terrorism due to its effective counter terrorism strategy and defeated the demon comprehensively. Kartarpur Corridor is an effort to promote regional coherence for a peaceful future for the people of both countries. Development of Kartarpur Corridor is to allow Sikh community of South Asia to observe their religious obligations befittingly thus enforcing Pakistan’s endeavors to respects and safeguards equal religious freedom and basic rights of all minorities.

The Prime Minister of Pakistan, while addressing an event titled ‘One land, one flag and one nation’ held in connection with Minority Day at the Aiwan-i-Sadr earlier this week, reiterated the Quaid’s resolve to ensure the rights of the minorities. Pakistan observed Minority Day in connection with the Quaid-i-Azam’s address to the legislative assembly on August 11, 1947 where he had stated that all citizens were free to go to their worship places without distinction of their religions or faiths. In his speech, the prime minister said that there was no precedent in Islamic history for forcefully converting others, and those who do so knew neither the history of Islam, nor their religion, the Quran or Sunnah. He said that unjust practice of forced conversions needed to be stopped as it gravely violated Islamic values and the Constitution.

It is time we moved beyond staking victories. Far too long, we have let the Blasphemy Law prevail, which has claimed hundreds of innocent lives who have stood up to protect the lives and properties of minorities. Governor Salman Taseer is a prominent name, who stood up for the supremacy of Law. He had demanded a revision of the Blasphemy Law, since it was being used by extremists seeking to settle personal scores or launch vendettas against some members of the minority community or usurp lucrative real estate owned by members of the oppressed class. Governor Salman Taseer was gunned down by his own bodyguard who was unfortunately hailed as a hero by some bigoted Pakistanis. It is time we move beyond rhetoric and ensure the protection of minorities as envisaged in Islam and the Constitution.

The writer is a retired Group Captain of PAF. He is a columnist 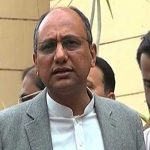 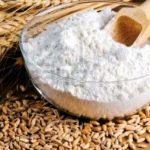 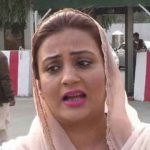 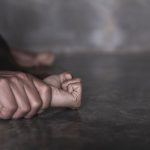