The China Pakistan Economic Corridor, commonly known as CPEC, is one of the prime projects of Beijing’s grandiose Belt and Road Initiative (BRI). China announced BRI in 2013; it has two components: land driven, famously known as the Silk Road Economic Belt, and maritime driven, twenty-first-century, the Maritime Silk Road. According to different estimates, the worth of this ‘project of the century’ would be around $1 trillion. The primary potential rationale behind this endeavour is to build a ‘community with a shared future for mankind’ and ‘jointly creating an open, inclusive and balanced regional economic cooperation architecture that benefits all’. So far, 129 countries and 29 international organisations have signed the BRI agreement with China, and the total trade between the BRI countries and China increased to $6 trillion.

CPEC has been projected as a ‘flagship project’ of the BRI, having worth of more than $46 billion. It links China’s northwestern province Xinjian to Pakistan through road and rail, and provides easy access to Beijing to the critical maritime sea route via Gwadar deep seaport to the Arabian Sea and the Indian Ocean. The major thrust of CPEC projects in Pakistan is on energy, roads, rail, pipelines, and special economic zones, enhancing regional connectivity and integration. 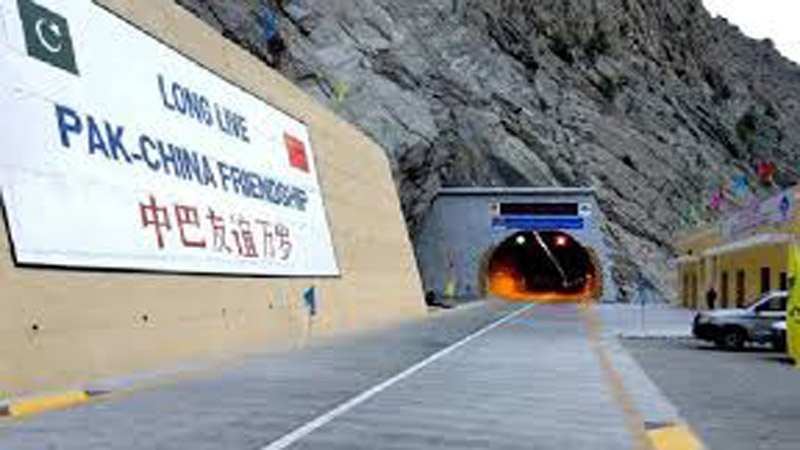 Amidst uncertainty and shift in the global political order, China’s pivot to South Asia is highly significant from the strategic viewpoint. Though Beijing would like to avoid the cold war-style tug of war in this region, opposing forces have been luring China to take the bait.

That said, the success of CPEC would determine the future of China’s BRI. Since 2015, CPEC achieved many milestones and completed early harvest projects in Pakistan, mainly in energy and infrastructure sectors. According to one estimate, since 2015, China spent almost $20 billion in Pakistan, in a variety of developmental projects.

Given the gigantic scale and scope of the BRI led CPEC project, it has been facing negative propaganda, conspiracies, and criticism at the domestic, regional and global level from day one. There are different forces present in Pakistan who wish to stall the progress of CPEC by creating suspicion and discord between the strategic partners. Then there are the regional state actors, whose agenda is to disrupt regional connectivity and progress by infusing instability in the region. At the international level, Beijing’s BRI has been maligned and dubbed as ‘tool of neocolonialism’ and ‘debt-trap diplomacy’; there is geopolitical leverage to undermine the sovereignty of the host countries.

Amidst uncertainty and shift in the global political order, China’s pivot to South Asia is highly significant from the strategic viewpoint

Pakistan and China are strategic partners and all-weather friends, and it is utmost important for both countries’ leadership to remain cognizant to the evolving negative paradigm against CPEC. Forces that oppose the economic revival and progress of Pakistan employ hybrid tactics to stoke instability through invoking ethnic tension, sense of economic deprivation, rift between the local community and government institutions, and igniting disharmony between the federation and provincial governments.

Besides these mounting challenges, the new wave of terrorist attacks, especially against the security forces and CPEC projects, add fuel to fire in the already volatile security landscape of the country. Elusive peace and stability in Afghanistan are further impeding the prospects of economic progress and integration.

In this context, the key to success is the political consensus within the country, and better coordination between the federal and provincial governments and state institutions. In the past, it was observed that political instability proved to be fatal for the peace and economic prosperity of Pakistan. In the current scenario, any potential instability would be far more damaging and push the country on a wrong path. Externally, Pakistan is in a difficult situation facing the belligerence from Modi government, pressure from the Financial Action Task Force, the worsening economic crisis, and pressure from the US to deliver in Afghanistan.

The above-mentioned trigger points do not bode well for the steady progress of CPEC projects. Though Pakistan’s political and security institutions do understand the gravity of the situation, and strive to bridge the political gulf on one hand and fighting hybrid warfare through kinetic and non-kinetic means on the other. To provide security to CPEC projects, Pakistan army raised a separate special security division for CPEC and vowed to build another division to further enhance the security arrangements in the wake of growing militancy in the Balochistan province.

On the regional front, Pakistan and China have to confront threats jointly and through mutual assistance. It is no secret that there are some regional countries that are against China’s BRI led CPEC project, and they are trying their best to harm the regional economic connectivity and integration by tarnishing the very premise of this mega initiative. The recent proactive role assumed by China to further the cause of peace and stability in Afghanistan would be vital for regional stability; and there is a growing consensus between Islamabad and Beijing that peace in Kabul would be critical for the economic prosperity of the region.

CPEC is, undoubtedly. the ‘project of the century’ for Pakistan, and its success and failures will potentially determine the fate of Beijing’s BRI. Therefore, it is imperative for both strategic allies to stand firm against all controversies and threats to CPEC, and improve policy coordination for the steady progress of CPEC. Given the geopolitical and geo-economics importance of this project, it is prudent of for both countries to timely complete the projects under the given deadlines, as any delay in this regard would have adverse impacts on the financial feasibility of the projects on one hand, and long term stability of CPEC on the other.

Note: The views expressed by the author are his own and do not represent the official policy of the institute