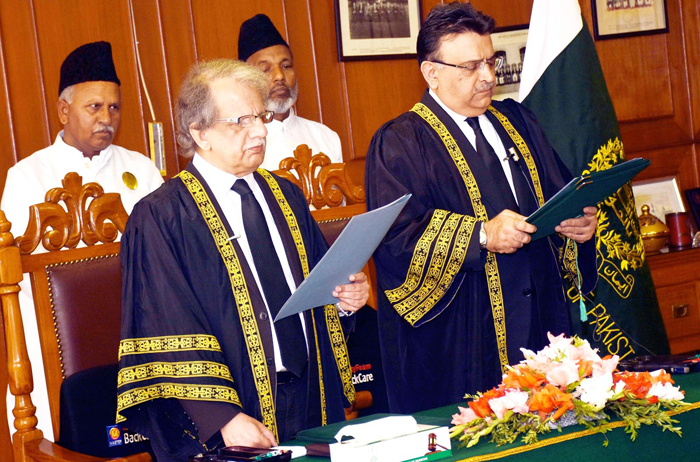 Justice Sheikh Azmat Saeed was sworn in as the acting chief justice of Pakistan (CJP) on Tuesday. Chief Justice of Pakistan (CJP) Justice Asif Saeed Khosa and the most senior judge of the apex court after him, Justice Gulzar Ahmad, have left for Russia to represent Pakistan at the judicial conference. The oath-taking ceremony was held in Islamabad, which was attended by judges and senior lawyers. Justice Umar Ata Bandial administered the oath to him. The CJP took oath of his office on January 18 earlier this year, and is due to retire on December 20 in the same year. After the retirement of Justice Khosa, Justice Gulzar Ahmad will take oath as the top judge of Pakistan and he will retire on February 1, 2022.