Cautious hopes before new round of US-China talks 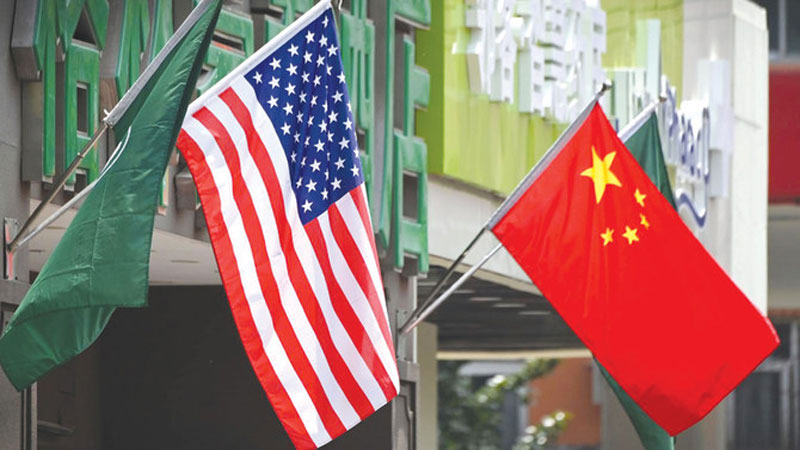 US trade negotiators return to China this week for a fresh round of talks in a new city, but experts warn a change of air is unlikely to quickly solve an impasse between the world’s two biggest economies.

The meetings in Shanghai on Tuesday and Wednesday will be the first face-to-face discussions since negotiations collapsed in May after President Donald Trump accused China of reneging on its commitments.

Washington and Beijing have so far hit each other with punitive tariffs covering more than $360 billion in two-way trade in the tense standoff.

Despite an agreement by Trump and President Xi Jinping at the G20 in Japan to cease hostilities, there has been little progress since — and the US leader has irritated the Chinese side by claiming the slowing economy is forcing them to make a trade deal.

The dispute has centered on US demands for China to curb the alleged theft of American technology and provide a level playing field to US companies in the Asian country.

“Basically China tried to take this as a pure economic affair and just wants to make a deal, but on the US side it seems … (they) try to connect the trade affairs with a strategic rivalry,” Wang Chuanxing, professor at Tongji University, told AFP.

“The common ground is that both of the sides want to strike a deal, so this is very important.”

Holding talks in Shanghai is also a nod to a time of better relations, as the home of the 1972 Shanghai Communique — an important step in building diplomatic relations between the US and China

The re-starting of talks is seen as a positive step, and the change of location to the country’s leading city of commerce Shanghai is also suggestive.

“It could be an attempt to distance the consequences of the negotiations from Xi Jinping and the people immediately around him,” said Michael Pettis, finance professor at the Guanghua School of Management at Peking University.

Holding talks in Shanghai is also a nod to a time of better relations, as the home of the 1972 Shanghai Communique — an important step in building diplomatic relations between the US and China.

“There’s a significance to (China) of the Shanghai Communique and the symbolism obviously of that important agreement,” US Treasury Secretary Steven Mnuchin told CNBC, adding that he would take the invite to Shanghai as “good news that we will be making progress next week.”

However Mnuchin, who will be joined by US trade representative Robert Lighthizer in Shanghai, warned there were “a lot of issues” and he expected follow-up talks in the US.

“It’s not likely (they will sign a deal) this week,” said Shanghai-based professor Shen Dingli.

The Global Times, a state-run nationalist daily, said in an editorial on Friday that it is “widely believed that trade talks will take a long time” and the chance of getting a deal could be missed if Washington continues to put pressure on Beijing.

Further lowering expectations was Larry Kudlow, director of the US National Economic Council, who told CNBC on Friday that he “wouldn’t expect any grand deal.”

“Talking to our negotiators, I think they’re going to reset the stage and hopefully go back to where the talks left off last May,” he said, adding that the two sides still need to address key structural issues such as intellectual property theft and forced transfers of technology.

As well as a fresh location, the new round of trade talks seem set to give a more prominent role to the Chinese Commerce Minister Zhong Shan.

While Vice Premier Liu He will likely lead the talks for China again, the addition of Zhong could change the tone of the discussions as he is seen as a hard-liner.

“On the one hand maybe in his speeches he might express something tough,” Wang said.

“But on the other hand we can also think that China is making more efforts to strike a deal, because Zhong Shan is a man with much expertise in this area.”