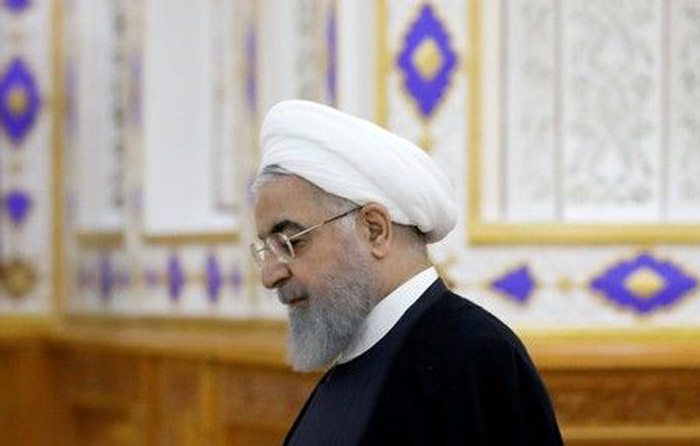 The presence of foreign forces would be the main source of tension in the Gulf, Iranian President Hassan Rouhani said on Sunday in a meeting with Oman’s foreign minister in Tehran, according to the official presidency website. France, Italy and Denmark gave initial support for a British plan for a European-led naval mission to ensure safe shipping through the Strait of Hormuz, proposed after Iran’s seizure of a British-flagged tanker, three senior EU diplomats said last week. “The presence of foreign forces will not only not help the security of the region, but will be the main factor for tension,” Rouhani said, saying Iran and Oman had primary responsibility for securing the Strait of Hormuz. “The roots of the unpleasant events and tension in the region today are the unilateral withdrawal of America (from the 2015 nuclear deal),” he said.