Veteran folk singer on the brink of financial ruin 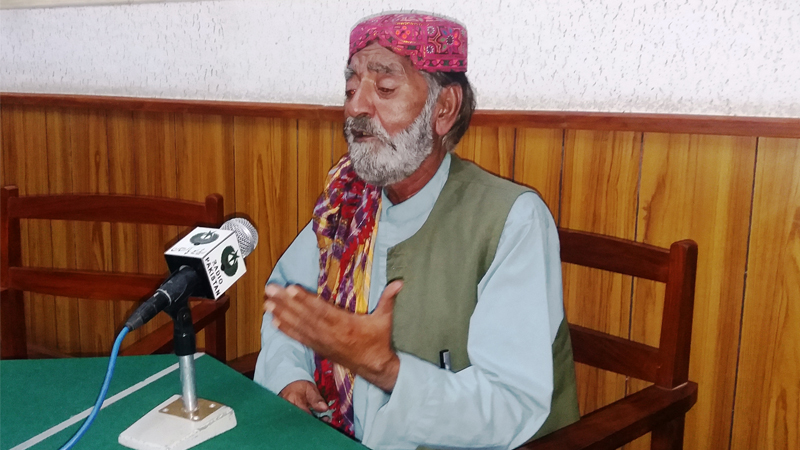 “Take away these awards and instead do something for my children,” pleads Balochi folk singer Bashir Baloch as he narrates the story of the dismal state that his long music career has left him in.

Wearing a traditional Balochi turban, the colours of which clash magnificently with his trimmed white beard, Baloch sits in a room where all his medals and awards are on display.

His house is located in Quetta’s Deba area, which is a poor and marginalised neighbourhood of the city.

Baloch, a famous name in classic Balochi folk music, holds 132 awards including the Presidential Pride of Performance award to the Medal of Honour and yet his living situation tells the story of poverty and deprivation. “When I was 10 years old, I started singing songs in Balochi language and never really stopped since then,” the legendary singer recalls with tears in his eyes. While his mother language is Balochi, the local star can sing in Brahvi, Pashto, Persian, Sindhi, Saraiki, Hindko, Marwari, Punjabi and Urdu.

“These awards cannot feed my hungry children,” says Baloch, who has sung in 10 different languages for the past 50 years.

“I tried my best to serve the country and nation through my songs,” says the folk singer, who has been singing national songs and naghmas on PTV Bolan on many national occasions. Baloch has six children of his own including four daughters and two sons. However, he has also adopted two sons.

One of Baloch’s son is studying in grade three, another in grade six, while one of his daughters studies in grade seven in the government-run Sandeman High School Quetta.

“At this point I cannot even afford to purchase books and bags from my children,” he says.

Provincial secretary for culture Zafar Buledi, on the other hand, says Baloch’s name has been included in the list of deserving artists, “to ensure a monthly stipend for him.”

“The culture department has also sent a proposal to the provincial government for the establishment of an endowment fund to help bring deserving artists and singers in the province.

From a financial point of view, artists from Balochistan face hardships far worse than artists from any other province, Amanullah Nasar, a legendary Pashto artist tells DawnNewsTV. “I received a cheque for Rs2,830 a couple of days ago for the work I had done three years ago at PTV,” says Nasar. Baloch came into the limelight when his photo along with his many awards went viral on social media.