Torrential downpours in the Neelum Valley resulted in the loss of many precious lives, as buildings washed away due to sudden and intense surges of water. The phenomenon, brought on by intense localised rainfall, or cloudburst, eventually led to flash flooding in the area, devastating communities, leaving nearly 30 dead. 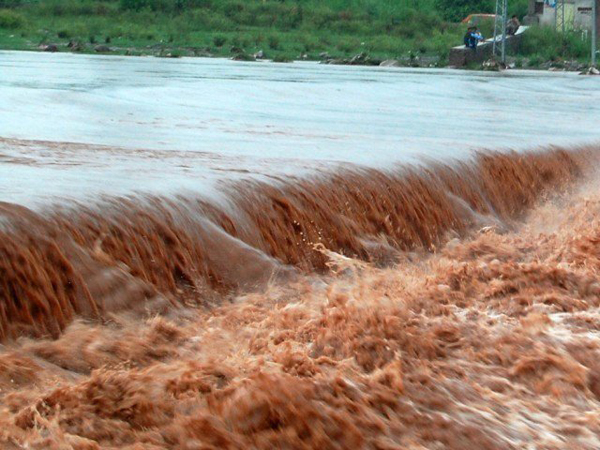 Cloudbursts are characterised by high intensity rain in localised areas, and get their name from the notion of bursting and discharging of a whole cloud at once. Cloudbursts are generally associated with thunderstorms, and the resulting flash flooding from small precipitous catchments, mud flows, and landslides are extremely destructive due to the high volume of runoff, acceleration of water velocity, and high discharge downstream.Flash flooding is caused by intense, short-lived, showery precipitation that causes a sudden release of large volumes of water. The impact of flash flooding is more pronounced in hilly and mountainous regions, where a flood wave often moves at a high velocity, carrying along debris, and causing destruction to buildings, infrastructure, crops, and most importantly, life.

A combination of meteorological, geological, and hydrological factors contributes to the development of flash floods. During the summer months, humid winds from the Indian Ocean flow into the Himalayan region, creating the potential for intense rainfall along the southern side of the mountains. Showery precipitation during the monsoon, combined with rapid runoff in areas with steep slopes, impermeable surface, compacted top soil, and lack of vegetative cover, all combine to create powerful flash floods.It would be remiss not to mention the impact of rapid snowmelt, which increases runoff from bare, rocky slopes. Weak geological structures, steep and fragile topography, heavy seasonal rainfall, and riverbank erosion are just some of the contributing factors that increase the potential for flash flooding.

Poor management of watersheds, intensive agricultural practices, and poor land use practices leading to deforestation, degradation, and soil compaction or loss, increased construction that reduces infiltration, and failure to maintain drainage systems, can all lead to decreased retention of precipitation and higher runoff, directly contributing to flash floods.Poorly planned infrastructure construction that alters water channels can also contribute to the development of flash floods by hindering the natural flow of water and debris, and causing blockages that can burst out onto the adjacent land. The associated risk is also increaseddue to increased urbanisation in mountain areas; expansive construction to cater to tourist demand; location of settlements, roads, and infrastructure close to narrow water courses and on floodplains; and lack of awareness of migrant populations of local risk factors.

The devastation seen in the picturesque Neelum Valley points to a multi-pronged issue that highlights deficiencies in urban development and land use planning, while also hints at the very real impact of climate change and our seeming lack of preparedness to combat it. It also poses questions about the flood forecasting and warning system of the state; the Pakistan Meteorological Department had already issued warnings of “significant” flood risk early last week.

The combination of unique risk factors necessitates a strategy that changes conditions so that flash flooding is less likely to occur, and reduces the vulnerability of people and property should a flood occur. Non-structural measures, such as effective coordination amongst federal and state departments and line agencies, raising public awareness, and training and education through the Community Based Disaster Risk Management (CBDRM) are sustainable, low-cost methods to reduce flood risk. It goes without saying that loss of lives could have been prevented had local residents and visitors been aware of the increased risk of flooding in summer months.

Simple tips on selecting safe locations for shelter, and accommodating local risk reduction practices could have gone a long way in preventing this disaster. Each summer, we hear of a tragic event in northern Pakistan that can all too easily be avoided completely. It is the need of the hour to harness the power of information and communication technology to empower local communities and tourists about basic safety measures that can save lives in untoward situations. Such measures can be combined with structural interventions to limit the speed of surface runoff, promote land shape retention, and regulate rivers and streams through small reservoirs toenhance overall community resilience against riverine and flash flooding.

The writer is a development sector professional with experience in communications, reporting, and monitoring of Disaster Risk Management projects in Pakistan