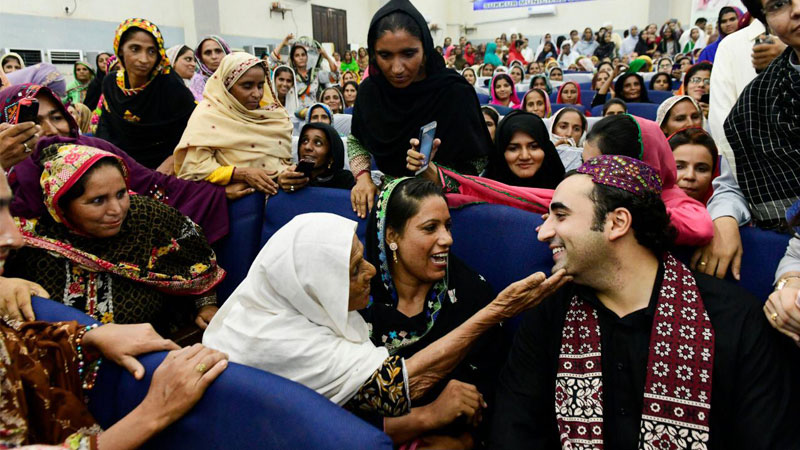 “Democratic and human rights will remain at risk till the protection of economic rights,” the PPP chairman said while addressing a press conference in Sukkur. He said the constitution and democracy are being attacked from every direction. “The people’s constitutional, economic and democratic rights are being usurped,” he added.

Bilawal said a joint struggle will have to be launched to protect the constitutional and human rights in the country. “There is a storm of taxes, a tsunami of inflation and unemployment for the common man,” he lamented.

The PPP chairman has expressed his profound grief over loss of lives in Sadiqabad train accident. “It is an unbearable loss for the aggrieved families,” he said in a separate statement. He demanded that the government should immediately announce relief and compensation for the affected families.

The PPP chairman also criticised the Railways minister for his failure to devise a flawless strategy for the prevention of such tragic incidents. He held the railways minister responsible for the train accidents and demanded that an inquiry against him be initiated instantly. He said he has come to know that the railways minister hasn’t ensured supply of required tools and materials for the repair of tracks that have been ruined during the accidents.

Bilawal demanded that the minister should step down till the completion of all inquiries about accidents. He said the prime minister who always demands resignations from his rivals should now also ask his minister to step down. “God knows better till when and how long the situation will keep going in the form of train accidents under this minister. The same minister had also wreaked havoc on Pakistan Railways during Musharraf’s government. His incompetence and ineligibility has inflicted colossal losses to the exchequer, people and the country,” he said.