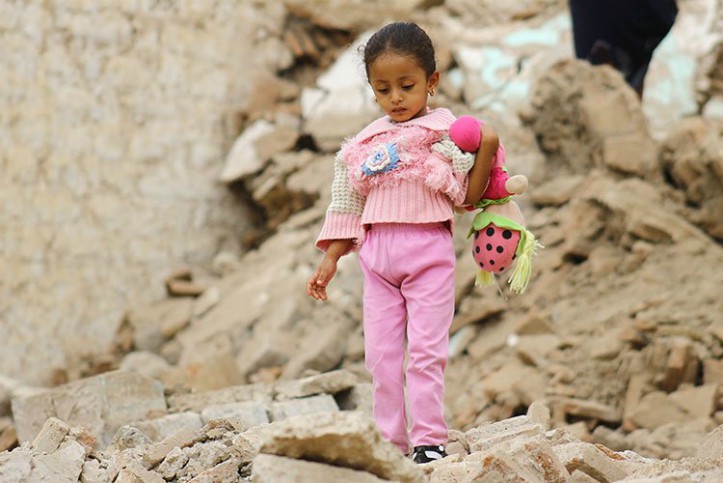 It has almost been a decade and a half since one of the world’s most nerve-wrenching and barbaric wars, that left millions amidst deep trouble and started turmoil in the world. This was escalated by the Houthi rebellion and Yemeni military forces. The rebellions were between both, the Shias and Sunnis. The war was triggered in the north when the government tried to arrest Hussein Badreddin al-Houthi, who was a Houthis religious leader, but eventually ended up scattering to other parts of Yemen and engulfing the entire globe in its traumatic results.

The war that started as a string of innocent protests has ended up being one of the earth’s most devastating and prolonged event in history. This war hasn’t come to an end, thus far, and is still on its peak as people are constantly being slaughtered, women massacred and children dying of malnutrition. According to UNHRC, more than 3 million people have lost their homes, 400,000 children are living in severe malnutrition, and millions have been declared deceased as a result of this catastrophic war. This war that was initially a civil war has now opened grounds for regional and extra-regional powers to enter and start a proxy sectarian war.

The powerful actors in the region are supposed to address these problems and make sure that they are at peace. However, the two dominant powers of the Middle East, Iran and Saudi Arabia, are constantly fighting each other, using Yemen as a buffer zone for the Saudi-Iranian rivalry. These two regional actors have always had strained relations and have never been at peace with each other. In turn, this is creating more problems for them, hindering them from solving the Yemen crisis. Since the very beginning, they have made constant attempts to strong-arm the other and take over the entire region. The sectarian divide between them furthers their conflict which has resulted in escalating the Yemen civil war to a proxy-sectarian war. Saudi Arabia being Sunni on one end, and Iran being a Shia majority on the other, has furthered the divide instead of coming up with a solution. Even the United Nations (UN) has not been able to fully address the issue. Organizations such as the European Union and the UNHRC are trying to help with humanitarian issues as much as possible, but thus far no substantial action has been taken to actively shut down the war. Recently, the UN convinced the war forces to withdraw their troops from the main port city so they can get access to food and medical facilities, however, no measure was taken to implement this step causing it to fail much like other efforts.

This war has caused unfathomable pain and suffering to not only the ones participating in it but also to civilians and locals. People from all age groups, castes, and religions are suffering more than one could imagine. The extent of their pain can neither be measured nor described in words. A country that was once known to be among the world’s best destinations for tourists is now engraved beneath great destitution and insolvency. UN has officially declared the Yemen crisis as the world’s worst humanitarian crisis due to the resulting famine and food shortages in the region; the food that is available is too expensive for the normal public to afford, causing the death and agony of over 15 million people due to immense starvation. Almost 22 million people are waiting for some sort of medical aid. The rate of human suffering in this war has surpassed all suffering ever recorded for other civil wars.

Many Yemenis are trying to flee the country which, in itself, is a difficult step to take. Individuals that manage to successfully escape end up living in troubling circumstances, occupying refugee camps and tent cities. The conditions in these areas are not any better as many people die due to illnesses, and women are raped. Civil life is not possible for these refugees because they fail to get employment and the shelters they live in have no material to build anything sturdy for refugees. The European Union, which is known to be the biggest provider of aid, has promised to give €161.5 million in the way of the Yemen crisis, expecting to lower the plight of the refugees. For example, since Trump came to power out of thousands of Yemeni Refugees who were seeking asylum in the US, only two were successful whilst all others were either hopeful or looked out to other states for help. The UNHRC has been trying their hardest to cater to the suffering of as many Yemenis as possible. It is providing them with emergency shelter, sleeping mats, medical assistance, and in some places, they also provide psychological help, kitchen utensils, and food. However, their suffering is not only limited to camps; the Yemeni children have been robbed of their childhood, but their houses have also been snatched away from them, and their livelihood has been ruined. Many organizations are trying their best to represent and speak up for these people and will continue to do so. However, there is no denying of the fact that the extremity of this crisis is more than anyone has ever seen both, before or after the World Wars.