We need unity and discipline

Pakistan is a developing country, and is confronting a number of issues at present. We need to bring improvements not only to our social but also economic sectors. It is not a secret that Pakistan has been encountering difficult times since independence. Not speaking of unfair distribution of resources at the time of independence, many political leaders did not put their sincere efforts to work for the wellbeing of the people of this newly independent country. A power struggle that started 71 years ago is not only present but also accelerating with the passage of time.

The founder of Pakistan was the staunchest supporter of democracy. He envisaged a Pakistan that was governed under a democratic system.  He was a supporter of democracy due to the fact that it is government of the people and by the people. He wanted a prosperous Pakistan. He had no idea that after his death a never-ending power struggle would start among the elite of Pakistan.

A power tussle between the civil and military leadership has remained one of the major hurdles in the way of Pakistan becoming a prosperous state. Our leaders kept looking at other countries for aid. Had they decided to empower people of our country, we could have been in a much better condition. It is a dilemma that even after getting independence we could not free our minds from the fear of losing our country. Pakistan has remained a security-centric state since its independence. We might accept it or not, but it a fact that the ‘Indian factor’ is the most dominant one that we consider the most while making foreign policies. We lost East Pakistan due to a leadership crisis. 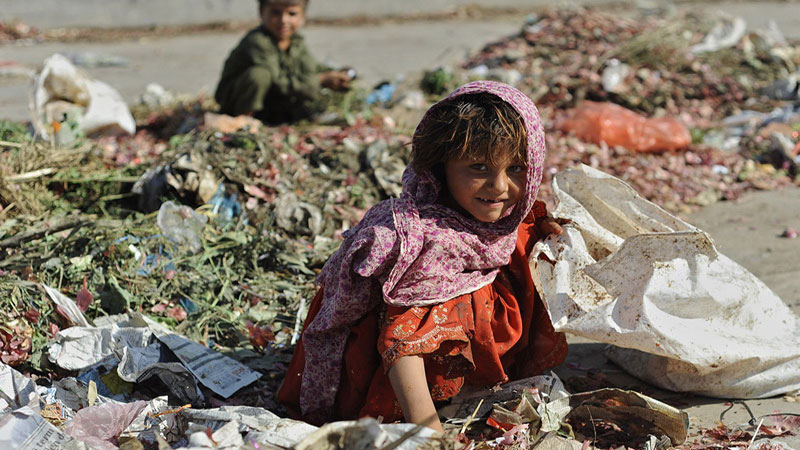 Incompetent leaders are depriving our people of their basic rights due to their lust for power and money. According to a recent survey, Pakistan is ranked at 150 out of 184 countries on the human development index. Currently, 35 percent of Pakistanis are living below the poverty line. Unemployment rate is increasing with each passing day. It is being feared that Pakistan will run dry by 2025.

No nation can make progress without a high literacy rate and awareness among the masses. There are still many flaws in our education system. Though the literacy rate of our country is around 58%, only two percent people complete their higher education. There are a number of issues related to infrastructure, human resource, and curriculum. Many people lack basic knowledge and skills that are essential for a better life.

What we are doing is we are busy increasing our nuclear warheads. We are living in the shade of nuclear bombs on empty stomachs

Some kind of regulatory system for private schools is important as they provide a public service. Not every private school is providing best facilities to students. Due to lack of research and experimental laboratories, students of many government schools are not learning modern research methods. It is important to set international level standards to improve the condition of our education system. There is a need to increase the standard of our education system on both public and private levels. It is completely futile to expect economic prosperity without educating the masses. Moreover, women empowerment must be one of the top most priorities of our government.

Pakistan has been blessed with numerous resources, including a great geographical location. What we are doing is we are busy increasing our nuclear warheads. We are living in the shade of nuclear bombs on empty stomachs. It is the responsibility of our leaders to show sincerity to the country. The role of every citizen is also important in order to ensure the prosperity of our country. Many people don’t show sincerity to their country because of more focus on their personal gains. Some people sell substandard products to get profits.

However, when it comes to criticising the government, people do it without realising and analysing their own responsibilities as citizens of this country. The need of the hour is to realise that change comes by doing small things at the local level. If every person starts paying due tax in time, progress of Pakistan will no longer remain a distant dream. Instead of storing products just to increase the demand and prices, honesty in work must be our first priority. Everyone will

The writer is a clinical psychologist