The threat of radical Islam

Radical Islam is a serious threat to humanity. The harm it has inflicted and continues to do so, unabashedly, is indescribable, unspeakable and horrendous. One of the sad aspects of this aching cruelty is that it has tarnished the reputation of the entire Muslim community. Although its extremist tactics have negatively affected people around the globe, the Muslims who differ with the Islamists have endured the greatest losses. To dismiss the presence of Islamofascist links with scripture would be delusional and a denial of reality and facts.

Islam is a religion and Muslims are the people who follow Islam. Islamism is the ideology that promotes the idea of imposing a particular interpretation of Islam over a community. In short, Islamism is the political and totalitarian interpretation of Islam. Explaining the political and totalitarian tendencies of Islam, Hassan al-Banna, the founder of the Muslim Brotherhood (largest Islamist organisation in the world) said, “It is the nature of Islam to dominate, not to be dominated, to impose its laws on all nations and to extend its power to the entire world.” Unlike normal Muslims, an Islamist believes that he has political and social responsibilities assigned to him by Islam. Not all Muslims are Islamists but every Islamist is a Muslim.

Many Muslims as well as the far-left are in denial when it comes to realising the facts with regard to radical Islam. Anyone who says that radicalism has a strong basis in Islam is immediately labeled as an Islamophobe. Yet, it is an obvious fact that radical Islam has a lot to do with Islam. Scripture is the main driving force and inspiration behind Islamism. When the likes of ISIS behead innocent people and attack Paris or Brussels, they do so because they believe that it is their religious obligation. When Islamist terrorists, anywhere in the world, mistreat and enslave women, and persecute homosexuals it is because they interpret Islam such that it legalises slavery and homophobia. It is their view of Islam, which to them appears to be the only correct one.

This being said, there is another giant factor that we must not ignore and that is the faulty Western policies towards the Middle-East. It is quite evident, like I said, that radical Islam has deep roots in theology. Muslims had problems even before the West ever interfered in Muslim countries. Long before Western intervention, they were already chopping each other’s heads off. There is a long history of battle and violence between the Umayyads and Abbasids. Islamists derive their inspiration from Islamic scripture. When they murder other Muslims it is not because of the West but because of the ideology that teaches them to label others as kafir (infidels) and kill those who differ from them. This is a theological issue and I have been saying so for the past three years. It is the reason I support Islamic scholars, like Javed Ahmed Ghamidi, who have put a lot of effort into creating a counter-narrative against radical Islam.

However, I do believe that without Western support and without its faulty policies, things would have not been this complicated. Had the West not supported Saudi Arabia over the years and had it exerted the same pressure as it did on communist states, Saudi Arabia might actually have collapsed. The West perpetually paints itself as the epitome of human rights, which is—to be sure—correct to an extent, but the policies that it has formulated over the years are the very opposite. Today the most violent state on earth, which is doing the very same thing as ISIS, occupies a monumental position in the Human Rights Council. How is this even possible? Why would the West give a free hand to Saudi Arabia, a state that continues to be an inspiration for radical Islam and sectarian violence in Muslim countries? Why is it that when ISIS persecutes homosexuals and subjugates women and other religious minorities, we scream human rights abuses but we stay calm when Saudi Arabia commits similar travesties? How can we challenge radical Islam if we show ourselves to be this opportunistic? Are we not missing something here?

It is the West that is responsible for the current theocratic Iranian state. It was the CIA, working in coalition with the British intelligence agencies, which planned to overthrow the government of a democratically elected secularist, Mohammad Mossadegh. It was the US that installed and supported the Shah of Iran, while the poor Iranians starved. The Shah’s erroneous policies were actually responsible for the popularisation of the Ayatollahs.

Then we all know what happened during the Afghan jihad when America under Operation Cyclone armed the Mujahideens against the Soviets. US aid aimed at beating the Soviets was channeled through the intermediary of Pakistan to seven Afghan resistance organisations. Hekmatyar’s group was probably the most radical, but because it was favoured by the Pakistanis, it received as much of the US aid as any of the others.

We cannot fight radical Islam if we choose opportunism and self-interest over principle. To sum it up, it would be unwise to ignore the faulty Western policies that exacerbated Islamism. Acknowledging this does not amount to apologia or denial of the fact that scripture remains the main driving force behind Islamism.

I do not blame the West when secular bloggers are murdered in Bangladesh. I also do not blame the West for the present Shia and Ahmadi genocide in my own country, Pakistan, as well as the mistreatment of other religious minorities. By the same token, I refuse to ignore the faulty Western policies adopted out of sheer self-interest, which turned out to benefit Islamists elsewhere.

Time has come for us to realise the mistakes we once made and rectify them. Time has come to admit that radical Islam has a lot to do with a certain perception of Islam as well as it has something to do with Western policies. 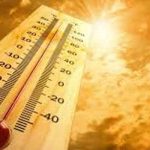 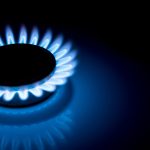 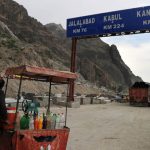 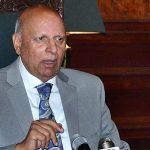 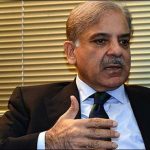