A war limited in terms of territory, objectives pursued, choice of weaponry, and avoiding use of weapons of mass destruction is widely regarded as a limited war. Since the nuclearisation of South Asia in 1998, the region’s security dynamics have changed so that a conventional war is increasingly likely to trun into a nuclear one.

It is widely argued that the presence of a nuclear deterrent between Pakistan and India has so far prevented a full-scale conflict. However, with India evolving its military doctrines to create ground for a war below the nuclear threshold, the status quo is at risk. The notion paved the way for the Cold-Start doctrine of 2004, Joint Doctrine of the Indian Armed Forces of 2017, and Land Warfare Doctrine of 2018. All these military doctrines indicate a shift from a defensive to an offensive, pre-emptive military posture, specifically vis-à-vis Pakistan.

To enhance its pre-emptive and offensive military capabilities, India plans to train smaller, agile and more integrated battle groups with synchronised support from its infantry, artillery and air force divisions. Its military planners are of the view that they would carry out quick punitive strikes inside Pakistan by using these newly developed limited battle-oriented divisions while keeping the conflict below the threshold of a potential nuclear exchange between the two countries. Formations of these integrated battle groups are a direct reflection of its limited war strategy that would strategically enhance India’s response time vis-à-vis Pakistan.

Over the last few years, Pakistan has also revisited its nuclear doctrine, moving from minimum credible deterrence to full spectrum deterrence in order to respond to new developments. These include taking measures to develop its own tactical nuclear-capable missile systems focusing on accuracy, enhanced mobility and shorter response times. Operationalisation of the missile system has purportedly served as a viable deterrent to India’s ability to wage a limited war by significantly reducing the nuclear threshold.

Under the cloak of its pre-emptive doctrinal strategies, India intends to upgrade, modernise and enhance the capacity of its armed forces by increasing its military budget

It has been widely claimed that the addition of tactical nuclear weapons, such as the Nasr system, has considerably limited the efficacy of India’s Cold Start doctrine. This has, arguably, compelled India to adopt its much-touted concept of ‘surgical strikes’ as a new strategy to keep open the space for a limited war with Pakistan.

It can be argued that India’s surgical strikes narrative may have been inspired by US Special Forces’ 2011 Operation Neptune Spear, which led to the killing of Osama bin Laden. The operation has been characterised as one of the most technologically advanced and sophisticated operations to have been carried out on Pakistani territory and has left a lasting legacy in terms of Pakistan’s relations with the US. 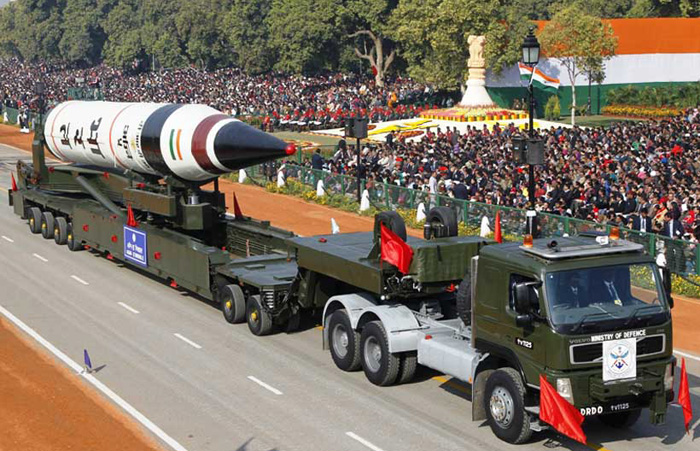 Since that operation, India has repeatedly claimed that it, too, has the capacity and capability to carry out similar strikes on Pakistani territory. This was evident when India claimed its first-ever surgical strike against Pakistan in response to the 2016 Uri attack. The narrative found widespread domestic support in India. Pakistan has repeatedly rejected the claims and warned that any strike on Pakistani territory – surgical or conventional – would be seen as crossing a red line representing its nuclear threshold.

It was this aspect that was put to test following the Pulwama incident when India violated Pakistani sovereignty by conducting air strikes in Balakot, almost five kilometres from its border with India. Dubbed by Indian media as surgical strike 2.0, these strikes were aimed at showing India’s capacity and willingness to carry out a conventional strike against Pakistan below the nuclear threshold. Pakistan regarded it as an act of aggression and a blatant violation of its territorial integrity. It chose to respond in conventional terms, claiming that it would control the escalation ladder throughout the conflict.

Tensions were defused after the first-ever aerial engagement between the two nuclear-armed states, such misadventures have the potential to turn a limited conventional conflict into a full-scale nuclear war.

It appears that under the cloak of its offensive, pre-emptive doctrinal strategies, India intends to upgrade, modernise and enhance the capacity of its armed forces by increasing its military budget. In terms of modernisation, India has signed a $5.43-billion deal with Russia for the S-400 air defence system. There are also reports suggesting that the US is prepared to offer India its fifth-generation F-35 aircraft if India scraps its S-400 deal with Russia. The acquisition of either of these state-of-the-art weapon systems would not only add to the Indian Air Force’s penetrative and strike capabilities but also pose a direct threat to strategic stability in South Asia.

If India decides to start a limited war, once again, there is a higher chance that it would have to face disastrous and lasting consequences. Because of its growing fascination with the surgical strikes narrative, India runs the risk of starting a limited war that turns into an all-out conflict, risking escalation to nuclear strikes. Based on these dynamics, it is imperative that strategic planners on both sides exercise restraint, especially considering how such strategies are undermining peace and stability across the region.

The writer is a research affiliate at the Strategic Vision Institute, Islamabad. He can be reached at musawar.sandhu@gmail.com