* Guru Arjan Dev was born in Goindval which was in Punjab 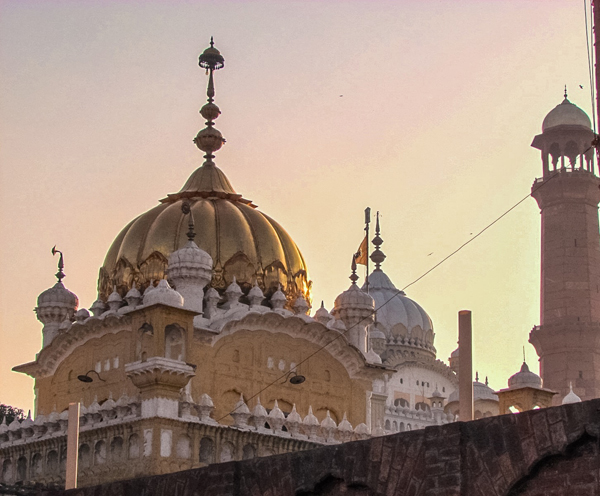 Many a times you might have crossed the Gurdwara Dehra Sahib while going to Huzoori Bagh or the mighty Fort but have you ever noticed an extraordinary golden dome there? Well this place is the Gurdawara of Arjun Dev Ji the fifth Sikh Guru. This masterpiece is in the same ensemble where you will see the Samadhi of Maharaja Ranjeet Singh as well.

Let me give you a brief account of who Guru Arjun or Guru Arjan was. According to the Sikh history, he was the first of the two gurus who were martyred in the Sikh faith whereas he was the fifth of the 10 total Sikh gurus. This is why he is among the revered gurus for the Sikhs and this place called Dehra Sahib is the holiest for the Sikhs.

Another attribute linked with him is that he was the first Guru in Sikhism who was born in a Sikh family. He was born in Goindval which was in Punjab. He was the son of Guru Ram Das and Bibi Bhani who was the daughter of Guru Amar Das. It is said that Guru Amar Das nominated Guru Ram Das as his successor Guru and therefore after the demise of Guru Ram Das as per his nomination Guru Arjun became the Guru out of all his brothers. Guru Arjun was appointed as the Sikh Guru in 1581 after the death of his father. Different Sikh chroniclers give his birth year as 1553 or 1563; the latter is accepted by scholarly consent as the actual year of birth with 15 April as the accepted date of birth.

References tell us that Guru Arjun compiled the first official edition of the Sikh scripture called the Adi Granth, which later expanded into the Guru Granth Sahib and you will see it at different gurdwaras as this is the holy book of the Sikh religion.

Guru Arjan led Sikhism for a quarter of a century and he completed the construction of Darbar Sahib at Amritsar. This town was the same which was founded by Guru Ram Das.

The death of Guru Arjun has always been a mystery. Most Mughal historians considered Guru Arjun’s execution as a political event stating that the Sikhs were becoming active in politics and conflicts and were gaining strength.

References tell us that Guru Arjun compiled the first official edition of the Sikh scripture called the Adi Granth, which later expanded into the Guru Granth Sahib and you will see it at different gurdwaras as this is the holy book of Sikhism

According to some references it is said that it was a political execution and that there was an ongoing Mughal dynasty dispute between Jahangir and his son Khusro and Guru Arjan blessed Khusro upon which the Emperor Jahangir was angry and infuriated and thus he ordered the execution of Guru Arjun.

The Sikh tradition has an opposing view regarding the death of Guru. Sikh history states that the Guru’s execution was a part of the ongoing persecution of the Sikhs by Islamic authorities in the Mughal Empire, and that the Mughal rulers of Punjab were troubled at the expansion of the Panth. According to Jahangir’s autobiography Tuzk-e-Jahangiri, too many people were becoming persuaded by Guru Arjun’s teachings.

According to Sikh history it I said that in 1606 CE, the Guru was imprisoned in Lahore Fort. The traditional Sikh account states that the Mughal emperor Jahangir demanded a fine of 200,000 rupees and demanded that Guru Arjun erase some of the hymns in the text that he found offensive. The Guru refused to remove the lines and pay the fine, which led to his execution.

Some scholars state that the evidence is unclear whether his death was due to execution, torture or forced drowning in the Ravi River. Some accounts state that at that time, the Ravi flowed along the wall of the fort. The Guru after enduring the most unheard and unseen tortures, without repining, merged into the eternal light on 30th May1606.

Now comes the story of Gurdwara Dera Sahib in Lahore which commemorates the spot where Guru Arjun Dev died in 1606. This famous and revered Gurdwara is located in the Walled City of Lahore, and is part of an ensemble of monuments which includes the Lahore Fort, Samadhi of Ranjit Singh, Huzoori Bagh, Roshnai Gate, and the Badshahi Mosque. While one is entering the fort, one can see the beauty of the Dera Sahib and the Gurdawara.

You will notice that this monument is a best example of Sikh Architecture and reflects the values of tolerance, wonderful intricacy, magnificence and line work. It is said in architecture references that Sikh architecture style has been used in many non-religious buildings due to its beauty. Sikh Architecture is heavily influenced by Mughal and Rajput styles of architecture. The dome, frescoes, in-lay work, and multi-foil arches, are Mughal influences, which we see more in the Shah Jahani period and most of them in Lahore Fort. 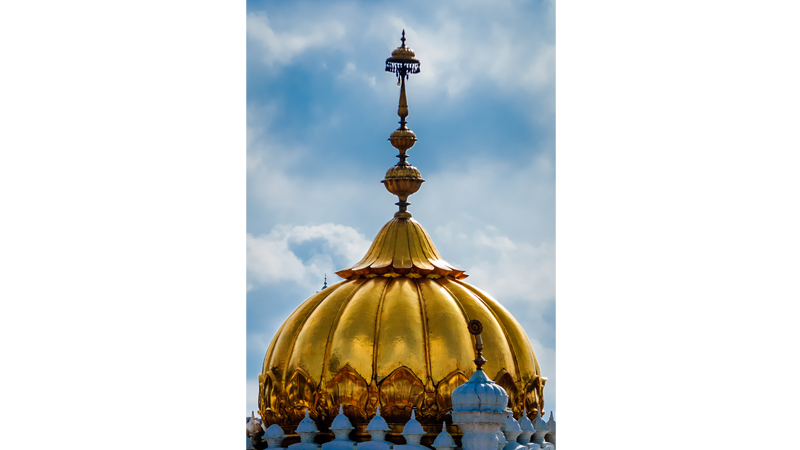 According to Sikh history, in 1619 AD when the sixth Guru Hargobind visited this place he got a memorial rostrum built there to respect the martyrdom of his Guru-father. Maharaja Ranjit Singh got built a small but beautiful Gurdwara. As there was no congregational hall attached to this place, the present hall was founded in 1909 and daily congregations were regularly held.

A residential area was built for the convenience of the pilgrims who come every year to pay respect to their Guru and the same time the marble gate was erected and the Flag post was fixed nearby. The Gurdwara has a square passage-way inside. According to references it is said that in 1925 a local committee was formed during the Gurdwara Reform Movement that rendered a good service to this place and in 1927, the Shiromani Gurdwara Parbandhak Committee took over the management and started rebuilding a Gurdwara on April 21, 1930. That was completed on 9th September, 1934 wherein on both sides of the Gurdwara was clay area which was paved. Domes were gold plated. With these additions and changes the number of devotees in daily congregations increased. Another scheme to extend the hall was chalked out but due to the partition of the country, that could not be accomplished.

Then came the time of partition and in 1947, the Sikhs had to leave this Gurdwara along with their houses and businesses which were set up in the walled city of Lahore.

Until now, hundreds of Sikh yatrees come every year to this place and the recitation of Sri Guru Granth Sahib at this gurdwara continues to date. Every year at the occasion of the martyrdom of Guru Arjun Dev Ji, Sikh devotees visit the shrine to pay homage to the great guru.