Windies all-rounder Russell ruled out with injury, Ambris in 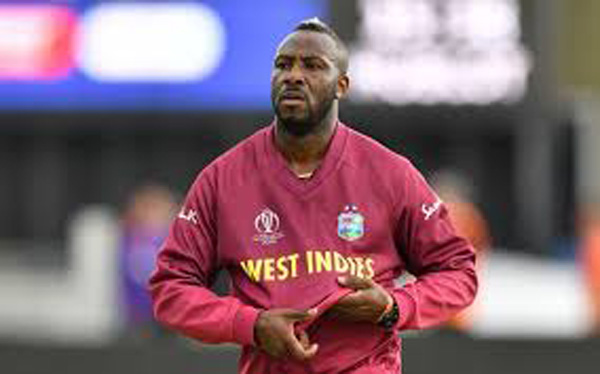 LONDON: West Indies all-rounder Andre Russell will play no further part at the World Cup after being withdrawn from the squad due to a knee injury, the International Cricket Council said on Monday. Russell made four appearances in the competition, but was not involved in the dramatic five-run defeat by New Zealand in Manchester on Saturday. Top order batsman Sunil Ambris, who impressed with a sparkling 148 off 126 balls in an ODI win over Ireland last month, has been drafted as a replacement in the 15-man squad. West Indies, who currently sit eighth in the standings, need three wins from their final three matches to remain in contention for a semi-final spot. Jason Holder’s side next face India at Old Trafford on Thursday.