Are the Jonas Brothers back for good? 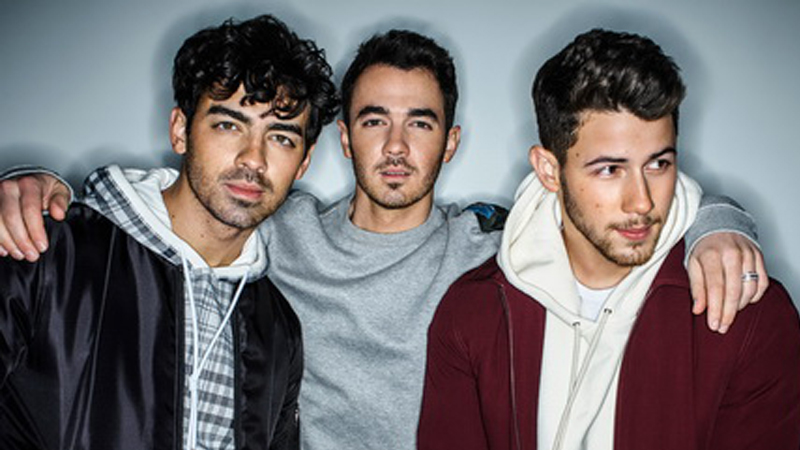 I doubt that anyone would believe they would ever see the Jonas Brothers perform “Burnin’ Up” in 2019 with a whole new album on the way.

After a hiatus of almost a decade, the Jonas Brothers grace the world with one of the most iconic comebacks in music history. Boy bands have a pattern of breaking up and they usually never collaborate again, sure they would come together sing a couple of songs but that is it.

When the Jonas Brothers returned, it was no uncertainty that their debut album would be a great one. It is official that “Happiness Begins” has one of the greatest album debut after Reputation in 2017. The last time they collaborated was 2009 with “Lines, Vines and Trying Times”, ten years since their last studio album, nine since their TV show ended, eight since their hiatus and six since their breakup.

Just days after officially announcing their comeback on the ‘Late Late Show with James Corden’, they released their single “Sucker” which was completely different from the previous kiddie-pop tunes which the Jonas Brothers are more known for. The music video featured their significant others Danielle Jonas, Sophie Turner and Priyanka Chopra wearing tulle, which was an extravagant attire. The video had enthralling scenes and a new yet more intriguing version of the Brothers. The 3:01 minutes long piece of lavish artistry is just another reminder that the Jonas Brothers are still one of pop music’s greatest bands. Sucker was the perfect single for the wave of nostalgia, with its pop-rock dance jam. It seems like the brother’s solo careers actually enhanced their music to another level. Combining the alluring romps in Nick’s music and the catchy party pop used in Joe’s band DNCE, Sucker rules top of the Billboards music it looks like that it is not the only tune that is gracing the Billboard.

Album sales reached 414K which is the highest on the billboard, kicking the competition to the curb. The album soared past Ariana Grande’s “Thank u, next”, Billie Ellish’s “When we all fall asleep” and Kendrick Lamar’s “DNA”.

The brothers’ contrasting styles are creating quite interesting and catchy music as the new album happiness begins clearly proves. The funky tunes of DNCE can be heard in the song Happy When I’m Sad while Hesitate revives one of Nick’s specialty of stately guitar pop tune combined by Joe’s melodious voice.

Catering to each other’s strength again it seems like the Jonas are back stronger than ever, the new beginning is shown in the songs like Trust; which is a combo of blues and dance-pop, Used To Be seems like a song that would be sung by Glee.

Unlike Miley Cyrus or Demi Lovato, the Jonas Brothers have not fundamentally changed; they still have that certain charm they had before and remain mainstream pop. The new album does not disappoint as far as expectations go. After a decade this album symbolises both an ending of an era as well as the beginning, showing once and for all the Jonas are back. As far as reunions go, Happiness Begins is quite the reunion.

The Jonas Brothers’, particularly since they turned into an entourage with their partners, have become even more intriguing. I think no one is yet over “Sucker” either! There’s sufficient snackable substance around the hit kid band with their narrative on Amazon Prime Video.