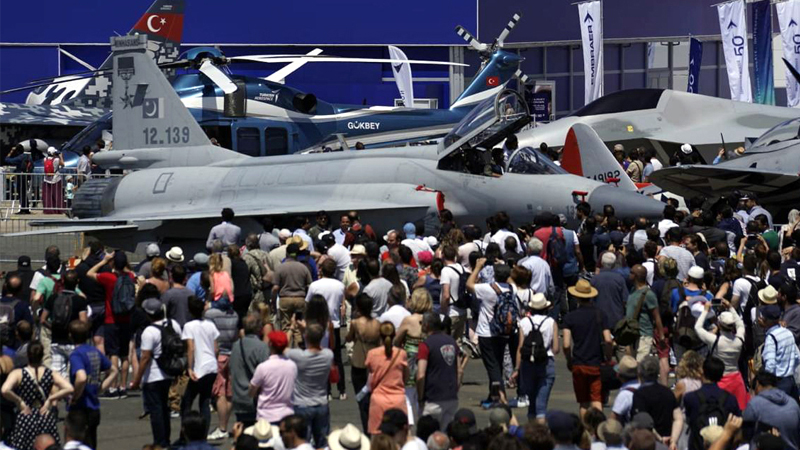 Hordes of aviation lovers turned up to see the static and aerial display of PAF JF-17 Thunder on the last day of the 53rd Paris Air Show at Le Bourget, Paris. Being a weekly holiday, the vast venue was filled with the excited spectators of all ages as the gates opened for the general public.

Elegantly displayed alongside other aircrafts and defence equipment, the indigenously manufactured JF-17 Thunder remained the star attraction of the show. The eager crowd was briefed about the operational capabilities and its sophisticated weaponry by the PAF personnel. The public was ecstatic to see the Pride of Pakistan in their midst and had selfies & photographs with the PAF contingent members.

Apart from the static display, the PAC manufactured aircraft also presented a farewell aerobatics performance. The excitement of the eagerly awaiting crowd was worth watching as the aircraft roared in the skies of Paris. The much anticipated display was thoroughly enjoyed by the spectators and they fervently clapped as it landed back at the airstrip.

Participation of PAF contingent in the largest air show of the world has provided an excellent opportunity to showcase its cutting edge capabilities. It has also given an opportunity to the potential buyers to assess its immense potential in the international market.