Triangle of Pakistan, peace and Afghanistan

It is evident that Pakistan gives paramount importance to its relation with Afghanistan. It is a matter of fact that peace in Pakistan depends upon Afghanistan’s peace and stability. There is no denying the impression that both Islamic republics not only share a 2600-km-long porous border but also similar ideologies and religious beliefs. Unfortunately, bubbling tensions and lurking dangers have widened the void between the two countries. 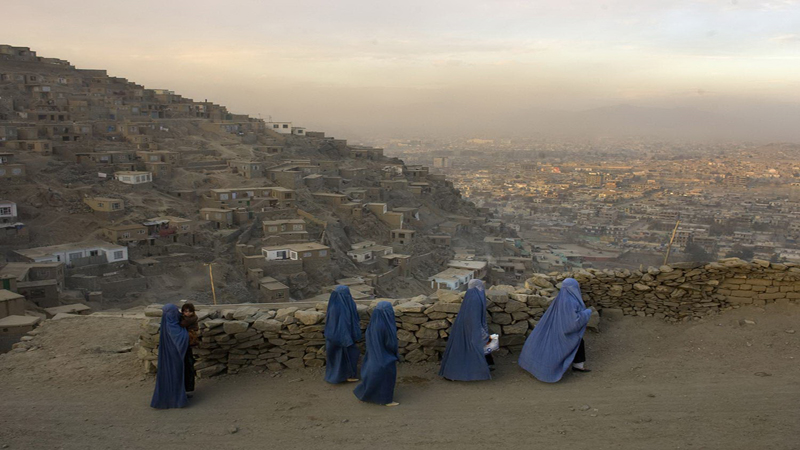 It would not be a hyperbole to say that the trust deficit is the main bottleneck that has plunged the countries in a pit of obscurity. It is a well-established fact that Pakistan has always played a positive and proactive role to bring peace in the war-strife country. Adding pile to pain, Afghanistan has always conceived and perceived Pakistan with the eyes of scepticism.

It is a prerequisite to first check the annals of history and figure out the consequential bone of contentions that have brought the relations on this verge. The Durand line agreement that Pakistan had inherited from the British was unacceptable to Afghanistan. Adding insult to injury, Afghanistan has always blamed Pakistan for patronizing Taliban despite its loss of over 70,000 lives and a heavy toll of more than USD 100 billion on an already crippling economy due to terrorism.

Furthermore, Afghanistan had also aligned itself with Pakistan’s arch-rivals India and USSR to destabilise nascent Pakistan. So, throughout history, Pakistan and Afghanistan have always been at cross purposes.

After 9/11, the global war on terror was started, marking the beginning of uncertainty and instability in Afghanistan, whose effects could easily be palpable in Pakistan. It is evident that cooperation and partnership are cornerstones to bringing peace in the war-torn country and, hence extricate the state from unthinkable difficulties.

The recent interaction in Moscow between the Taliban and Afghanistan in which Russia has played the role of mediator gave rise to some hopes of dismantling Afghanistan from the snare of war. If we dig deep, Pakistan plays a cardinal role in the ongoing AFGHANISTAN-LED, AFGHANISTAN-OWNED peace process and holds a vanguard position. The recent assistance of Donald Trump from Pakistan for facilitating the peace process is a clear indication that Pakistan and Afghanistan are indispensable to each other. No plans for Afghanistan can work without the involvement of Pakistan.

No doubt, it will be a horrendous challenge for Pakistan, in particular, and the international community, in general, to disentangle the war-torn country from the web of lingering challenges. In the meantime, it is quite clear that hopes are very much in the air to chalk out some pragmatic measures to bring the ship from troubled waters to the safe shores.

In this regard, both Afghanistan and the US should stop accusing Pakistan of being at cross-purposes. Additionally, Pakistan must clear its policy in black and white to fill the void of trust deficit with its neighbour. There is no denying the impression that Afghanistan has its own culture, history and geography so all the stakeholders must give weight to its policy. Most importantly, all the stakeholders, especially immediate neighbours, should stop interfering in Afghanistan’s domestic issues. It is evident beyond the shred of doubt that we are living in a globalised world. Therefore, it is the need of the hour and a big responsibility on the shoulders of China, Russia, US and Pakistan to start the process of development in the war-ravaged country. For instance, the US forwarded a New Silk Road Project in 2011; Russia has the Euro Asian Economic Union Plan and China raised Belt and Road in 2014.

China and Pakistan have achieved great advancement on China-Pakistan Economic Corridor. All these projects are mentioned in the UN Security Council Resolution no 2344. Hence, all these projects must be synergised together for the prosperous future of Afghanistan.

It is highly flabbergasting and lamentable that India is using Afghanistan’s soil as a springboard to destabilise Pakistan and stands as the major impediment in the way of bringing peace as well as establishing harmonic ties between Pakistan and Afghanistan.

Pakistan and Afghanistan must sit together to remove the clouds of distrust for the sake of their future generations.

The writer is a doctor of pharmacy