The Sudan crisis: an overview

Sudan, a Muslim country in Northeast Africa, is undergoing a major political transition and a humanitarian crisis. The ousting of long-term Sudanese President Omar al-Bashir has resulted in yet another uprising. Omar al-Bashir, the seventh president of Sudan, has ruled for almost three decades, from June 1989 to April 2019. He took office, being a brigadier in the Sudanese army after overthrowing the then democratically elected prime minister of Sudan, Sadiq-al-Mahdi, in a military coup. 30 years later, al-Bashir has been sacked by his own generals in April this year. 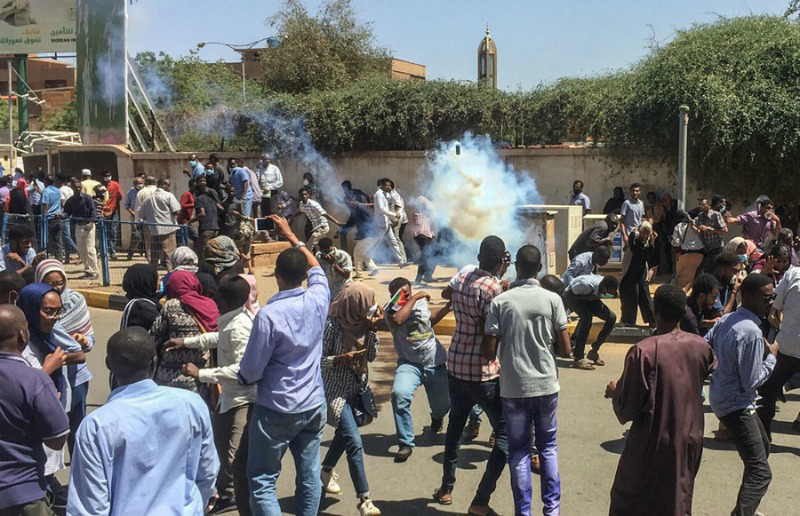 The political turmoil in Sudan after the toppling of al-Bashir had raised hopes that the country might witness some sort of democratic relief after years of dictatorial rule. Al-Bashir had been accused of domestic cruelty and war crimes. He was indicted by the International Criminal Court in 2009 for directing a campaign of massive killing, plunder and rape of civilians in Darfur. Under his watch, Sudan suffered genocide, massive corruption, food shortages, economic drawdown, and alienation of professional classes.

The unrest in Sudan started in December 2018 with the imposition of strict economic policies by al-Bashir. The withdrawal of food and fuel subsidies sparked demonstrations in Khartoum. Protestors raised slogans for the removal of al-Bashir. It is interesting to note that these demonstrations were led by the Sudanese Professionals Association, including doctors, lawyers, health workers, young activists, and women, as a part of peaceful campaigns for the restoration of democracy in Sudan.

On April 6, these peaceful, diverse and well-organised demonstrators gathered in front of the military headquarters and demanded that the army force the president out. Finally, al-Bashir was overthrown, and the Transitional Military Council, comprising military generals, and led by Lt Gen Abdel Fattah Abdelrahman Burhan assumed power on April 11, and tried to restore normalcy to the country. Demonstrators who united under the Alliance for Freedom and Change group had insisted that the ruling generals transfer power to civilian administration; an agreement of a three year transition period to civilian rule was reached. Demonstrators were of the view that a long transition was required for free and fair elections in order to dismantle al-Bashir’s political network across the country.

On June 3, the TMC called off this agreement and announced that fresh elections would be held in nine months; they launched a bloody attack on protestors in Khartoum with the help of paramilitary Rapid Support Forces. The violent crackdown on protestors subsequently led to large-scale killing, assaults and gunfire. Burhan’s junta attempted to control the media and blocked the internet, but the ban on the print and social media failed terribly. According to various media and press sources, such as the Guardian and The New York Times, the brutal crackdown by the security forces has injured about 500 people and killed more than 100 protestors. The opposition claims that the bodies of around 40 people were ruthlessly dumped in the River Nile. Following the June 3 incident, the leaders of the pro-democracy movement called for a civil disobedience movement and curtailed contacts with the TMC.

With the political deadlock between the protestors and the TMC, Ethiopian Prime Minister Abiy Ahmed, known worldwide for his skills in the context of brokering peace with the long time foe Eritrea, has flown to Sudan to mediate between the two sides, and has taken the first step towards the dialogue process. His special envoy, Mahmoud Dirir, announced on June 11 that protestors have agreed to suspend the widespread strikes and returned to negotiate with the ruling generals who have agreed to release political prisoners. But no actual date for the resumption of talks has been decided yet.

In light of the prevailing situation in Sudan, international powers must pressure the TMC to end use of force against protestors

There has been a mixed response by the international community over the Sudan crisis. Most of the Western and African states have backed the pro-democratic campaign and the peaceful demonstrations, and countries such as the United Arab Emirates, Egypt and Saudi Arabia have urged discussions between the two sides. But they have not openly condemned the military crackdown, probably in fear of having a spill over of these protests in their own countries. The Saudi Kingdom cannot afford to annoy the Sudanese generals while Sudanese troops serve in the Saudi-led coalition in Yemen.

International bodies including the African Union and the United Nations Security Council have condemned the violence. The AU has suspended Sudan from its membership until the establishment of civilian transitional government. China and Russia have blocked UN sanctions after the bloody massacre in Sudan, and have decided to wait for a response from the AU over the current violent situation. The UNSC has nominated an African expert diplomat, Donald Booth, as a special envoy to Sudan to work for a peaceful political settlement between the protestors and the generals. Several European countries including France, Germany, Italy, Netherlands, Sweden, Belgium, Poland, and Britain have strongly condemned attacks on civilians and demanded transfer of power to a civilian administration.

Despite these efforts, the international community has not taken concrete measures for restoring peace and democratic reforms in Sudan. TMC’s violent crackdown on protestors, its bid for foreign recognition and its refusal to negotiate for democratic transition are little different from the government of Omar al-Bashir. International powers must pressure the TMC to end use of force against protestors.

The demand by the opposition for a transitional civilian democratic administration for free and fair elections must be honoured. Long-term grievances over economy, justice and human rights violations of Sudanese must be addressed. A peaceful political settlement of Sudan is important not just because of its geostrategic location across Horn and North Africa and serving as a bridge between North and Sub-Saharan African countries with a long Red Sea coastline. A genuine transition of power to an inclusive democratic government is essential to bring peace in Sudan and across the region.

The writer is an Islamabad-based researcher and an academician