The Issue with Korean Chaebols 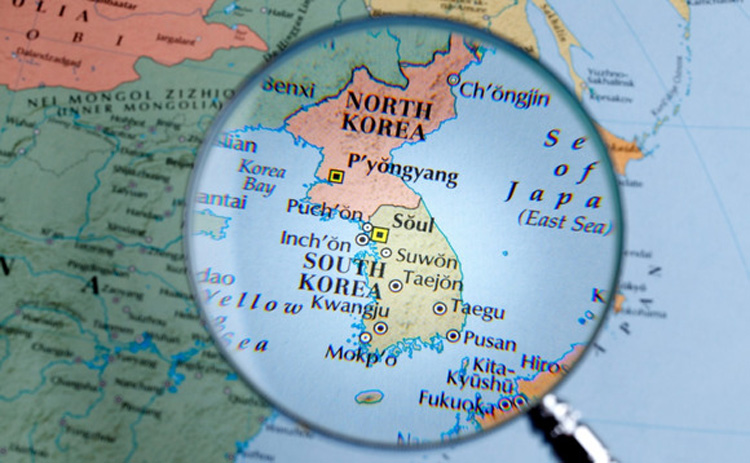 During the past three decades, South Korea has enjoyed a major economic boom that has made it one of the world’s largest and most industrialized economies. The country was able to quickly lift itself out of poverty (a result of the Korean War) and became a source of large amounts of foreign aid and investments for numerous developing economies, particularly those in Africa and South Asia. Furthermore, within the last decade, Korean pop culture (such as K-Pop, Korean dramas, arts, etc.) have also become very popular globally. In short, South Korea has had some very wonderful three decades in positioning itself to become a prominent economy and source of investments and entertainment on the world stage; this phenomenon even has a term: Hallyu (Korean Wave).

However, despite South Korea’s economic rise and enjoying an increase in influence and standards of living, much of its prosperity has been attributed to a handful of conglomerates, better known as chaebols. Chaebols are large industrial South Korean firms that are owned and controlled by a family, which tend to have monopoly over any single industry. Some examples of chaebols include Hyundai (has a monopoly over South Korea’s automotive industry) and Samsung (has a monopoly over the country’s electronic industry). Even though many of them formed shortly after WWII and the Korean War – having been modeled after Japanese zaibatsu, chaebols came into the limelight during South Korea’s economic and technological boom. And while these mega-conglomerates have been crucial to the country’s development, they have become prime recipients of public backlash in recent years.

There are primarily three issues with chaebols, that has turned popular opinion against them. The first criticism that they receive is that they hold a lot of sway in South Korea’s politics, policies, and governance. For example, Hyundai played a key role in serving as a mediator between North and South Koreas in the late 1990s, or how the Lotte Group was involved in the THAAD scandal two years ago. Another example is that many members of chaebols serve or have served in the National Assembly. And following the 2016 Samsung scandal, it became clear that the companies have a strong grip over the country’s government and has also indicated to high degrees of corruption. And while the South Korean government has tried to take initiatives in trying to combat the influence of chaebols, it has had very little effect.

The second criticism chaebols receive is how their operations have fueled rising costs and increased income inequality. Although chaebols are run by influential families, the average worker does not receive that many incentives and many employees at these large corporations have been reported to deal with dismal working conditions, poor pay, long work hours, and an increased cost of living. This has widened the wealth gap in the nation, with these families becoming far richer and influential (even sending their children overseas for education) while the majority of the population has been reduced to living hand-to-mouth, with their education and job environments becoming even more steeped with fierce competition. This is further aggravated due to the fact that most of the country’s workforce prefers to work for these chaebols, and because of limited jobs available in the companies, people are competing with one another to attain those spots. For better comparison, the situation is somewhat similar to Pakistan’s medical college entrance exams season. Another issue is that because these companies are highly diversified and hold a de facto monopoly over their respective industries, small and medium scale enterprises have a much harder time trying to start up and survive, let alone thrive. Furthermore, as these companies hold a monopoly in their respective markets and are not worried about any stiff competition, many of their leaders have become complacent, export-focused, and risk-averse. This has further led to three outcomes:

3) foreign competitors now have an easier time entering and overshadowing both Korean and overseas markets.

The third and probably the most glaring criticism against chaebols is their stranglehold on the Korean economy. Chaebols have been known to hold very large portions of the country’s economy. For example, according to one report, Samsung alone produces a fifth of South Korea’s exports and its revenue is equal to around 17% of the Korean economy. Another example is the case of Hyundai and the port city of Ulsan, located on the southeastern tip of the Korean Peninsula. Hyundai is headquartered in the city of Ulsan, and the company alone was able to turn the city one of Korea’s most developed cities and the city also boasted the highest per capita income in the peninsula. Chaebols are generally diversified, the same goes for Hyundai. The company not only is an automobile manufacturer, but is also involved in construction, cargo, shipbuilding, and oil and gas drilling. Because of Hyundai’s presence in the city, Ulsan became a major port city, shipyard, and a primary source of South Korea’s exports, and the local population of the city had hugely benefited from being employed by the company. In short, Ulsan became almost completely dependent on Hyundai’s operations, so much so that the city was even occasionally dubbed as “Hyundai Town”. This became further evident when Hyundai began to move its operations overseas. The company laid off almost 30,000 of its employees in Ulsan, sending economic and demographic shockwaves throughout the city. Living costs and unemployment skyrocketed, suicide rates increased, and much of Ulsan’s working population began to move elsewhere in the country for better job opportunities, turning the once-richest Korean city to the most rapidly-aging one.

For another example on how big of an impact these companies have on the economy, let us look at Samsung. In 2016, poor production and political scandals that led to the arrest of then-President of South Korea – Park Geun-Hye – and the heir to Samsung caused the country’s GDP growth to slump and almost drove South Korea into an economic stagnation. And since Samsung alone generates almost 1/5 of the country’s GDP, its losses and decline would be detrimental to South Korea. It is also noteworthy that the ten largest chaebols own roughly 2/3 of the South Korean economy, while the top 500 largest American companies make up 65% of the American economy. In short, if even one chaebol does collapse, it would have disastrous implications for South Korea.

This chaebol problem is not just limited to South Korea, but is rather commonplace in many Asian markets, including Japan, China, Taiwan, etc., with all these economies being vulnerable to most of these issues mentioned above, with Japan being a very obvious case. Therefore, if South Korea and other Asian markets want to secure their economies and enact more independent policies, tackling and breaking the monopoly these mega-conglomerates hold, encouraging small and medium-scale enterprises to spring up, and encouraging self-employment and competition would be some of the necessary first steps to be taken.

The writer is a student of business at Forman Christian College, Lahore