Nobody else had guts to play flawed characters: Shahid Kapoor

* 'Maybe because I am my father's son, I felt the need to play such flawed characters,' the actor says 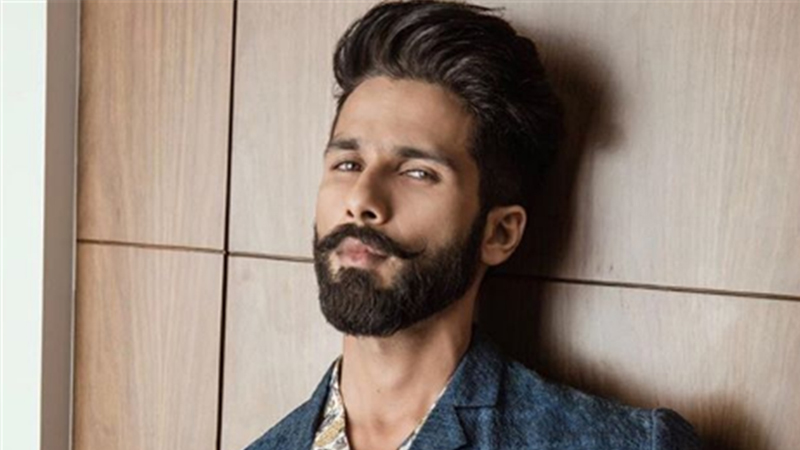 Actor Shahid Kapoor says he was drawn to flawed characters in his career at a time when many mainstream actors were wary of taking up such roles.

The actor, who started out as a romantic hero in 2003 with Ishq Vishk, is now more famous for his roles in Kaminey, Haider, Udta Punjab and the upcoming Kabir Singh, a remake of Telugu film Arjun Reddy.

“Nobody else had the guts to play these characters. Maybe because I am my father’s son, I felt the need to play such flawed characters,” Shahid Kapoor told reporters in an interview.

After starring in a series of love stories, Kapoor’s career witnessed a turn around when Vishal Bhardwaj cast him in a double role in ‘Kaminey’, setting the tone for his future filmography.

Kapoor followed it up with a critically-acclaimed role in Vishal Bhardwaj’s ‘Haider’, an adaptation of Shakespearean classic “Hamlet”.

The Kashmir-set drama saw him as a young student who gets caught in the politics of the Valley when he returns to his home to find his father has disappeared and his mother is about to marry his uncle.

In ‘Udta Punjab’, he played a drug addict rapper Tommy Singh and in Kabir Singh, he will be seen in the role of a doctor who descends into self-destruction and alcoholism after a heartbreak.

Shahid believes the perception about flawed characters has changed over the years in the industry as more and more actors are keen to take up such roles.

After starring in a series of love stories, Kapoor’s career witnessed a turn around when Vishal Bhardwaj cast him in a double role in ‘Kaminey’, setting the tone for his future filmography

“Ranveer did a negative character in Padmavat, Rajkummar (Rao) and Vicky (Kaushal) have played interesting characters. Now everyone is getting there. But I felt the need to do it pretty early (in my career).

“I’ve made many mistakes as well but the thing with choices is they are always judged in retrospect of the result,” the actor said.

Shahid, 38, said a mainstream actor has to be good at many things and acting is just one aspect of it. He believes one has to learn to handle failures as the nature of rejection is public.

“Acting has made a man of me. You have to learn to take failure on your chin, to take responsibility for your actions, to deal with the very public rejection and failure. You’ve to learn to believe in yourself when no one else does.

“You’ve to make choices which people around you say aren’t safe. You have to learn to find yourself as an artiste and not try and be like hundred other successful people.”

Shahid said though hits and misses are a part of an actor’s life one cannot afford to be complacent because there is always “too much competition”.

“There are so many people doing good work, you just cannot be complacent.”