* The video is directed by Hannah Lux Davis featuring an all female cast with special guest cameos of Cara Delevingne, Suki Waterhouse and Debbie Harry 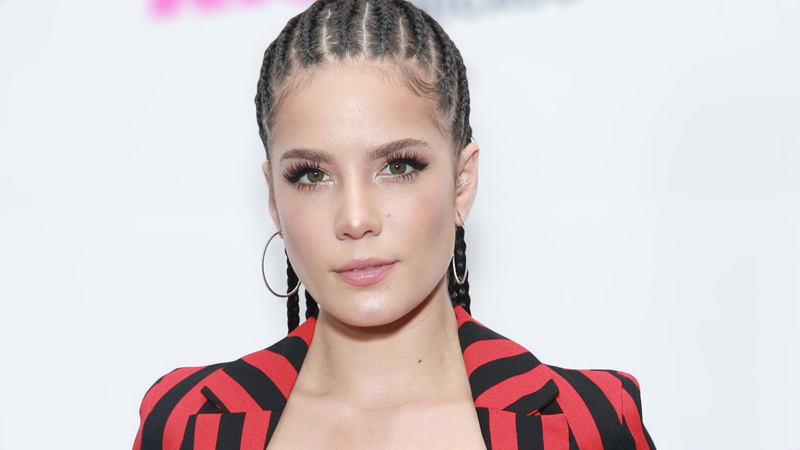 Singer and songwriter Halsey dropped her new single of the year “Nightmare” one day after Alabama abortion ban. This angry, feminist anthem fulminates against the mistreatment of women and enunciate sexism primarily affecting women and their rights.

Shortly after the song’s release, the artist took to Twitter and shared her inspiration for the song, “Imagine getting onstage every night and seeing young women sweating mascara tears, lightning in their eyes, throwing elbows and raising fists, screaming till the veins in their necks raise under warm skin, and not being inspired by it. This song is about you, for you.”

The video is directed by Hannah Lux Davis featuring an all female cast with special guest cameos of Cara Delevingne, Suki Waterhouse and Debbie Harry. The ‘Without Me’ singer has depicted the struggles, sufferings and violence against women in this male hegemonic society along with her own nightmares and personal struggles in life as a woman. The singer has brought out her punk rock side in this music video, showing the world that the rock genre of the music is not intrinsically associated to men only.

Giving the intro to her fans with somewhat ominous lines, further in the music video she has deconstructed the housewife archetype and has gotten honest about body confidence and her past relationships with men with the lyrics, “I’ve pinched my skin in between my two fingers, And wished I could cut some parts off with some scissors, I’ve had the rug pulled beneath my feet, I’ve trusted lies and trusted men, Broke down and put myself back together again.”

The video is filled with feminist slogans like, “The system has failed us,” and “It’s our turn” with actual protest scenes carried out by women. She has also emphasised on children being the future and on educating young girl as the video contains a scene of Halsey with a group of young school girls standing outside of a school bus. It’s a striking reminder to educate and empower young girls so that being in the era of third wave of feminism they don’t have to experience the same anguish and torture that women have experienced before them.

The singer herself has gone through a “wreckage” of a life and in response to the adversities she has dwelled upon, she claims in her music video that she has now become a “real nightmare” and that she would rather play the role of the assailant than to suffer by the hands of the patriarchal society and become a victim.

Ashley Nicolette Frangipane, known professionally as Halsey is an American singer and songwriter. After gaining attention from self-released music posted on social media platforms, she was signed by Astralwerks in 2014. Later that year, she released her debut EP, Room 93, and toured with larger acts to promote it and her debut studio album.

Halsey’s debut studio album, Badlands, debuted at number two on the US Billboard 200, and was certified Platinum by the RIAA. To promote the album, Halsey embarked on her debut headlining world tour. Four singles were released from Badlands, all of which were certified Platinum, with the latter three achieving minor commercial success. 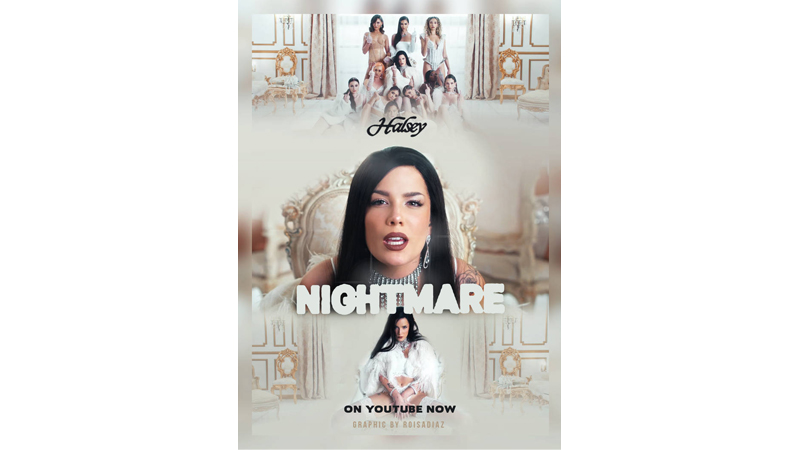 Halsey rose to stronger prominence in 2016 as a featured vocalist on The Chainsmokers’ single “Closer”. The song topped the US Billboard Hot 100 for 12 consecutive weeks and was certified Diamond in the country. Halsey’s second studio album, Hopeless Fountain Kingdom, debuted at number one in the US, and similar to her debut album, was certified Platinum in the country. The album consisted of more “radio friendly” music than her previous releases; its singles “Now or Never” and “Bad at Love” peaked in the top twenty of the US, with the latter peaking in the top five.

In 2018, Halsey sang with Khalid for Benny Blanco’s debut single “Eastside”, which peaked at number nine on the Billboard Hot 100 and topped the charts of five other countries. Later that year, Halsey released a single titled “Without Me”, which peaked at number one in the US, and charted in the top three of several other countries, including the UK, Australia, and Canada. In 2019, she released a single titled “Nightmare”, which charted in the top fifteen of the US.

Halsey is noted for her distinctive singing voice. Her music is described as indie pop ballads, usually based on her own personal experiences. Her awards and nominations include four Billboard Music Awards, four iHeartRadio Music Awards, one GLAAD Media Award, one Global Award, a Guinness World Record, and a Grammy Award nomination. Outside of her career, she has been involved in suicide prevention awareness and sexual assault victim advocacy.

The writer can be reached at zaroyaamjad@gmail.com