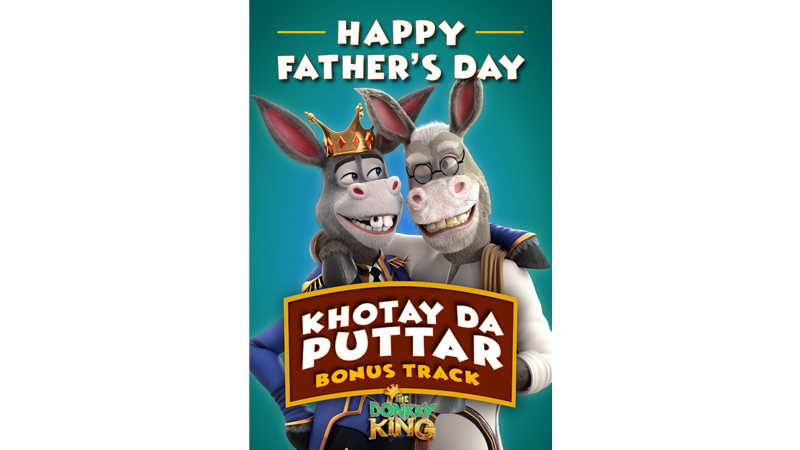 To continue Mangu’s legacy, the maker of the film Aziz Jindani is celebrating the day with this bonus track. Featuring the voice and musical composition of popular Pakistani singer and song writer Asrar, “Khotay da Puttar” is an ode to all father-son relationships. The music behind the song has been directed by Asrar himself and Majid Raza, while Asrar and Aziz Jindani have penned the lyrics.

The man behind the concept of Mangu, Aziz Jindani has reportedly commented, “‘Donkey King’ continues to rule the hearts and minds of Pakistani audiences long after its 25 week run in the cinemas. Mangu is undoubtedly the most loved Pakistani animated character and you can expect a lot more from him in future!”

Produced by Geo Films and Talisman Studios, ‘Donkey King’ was released in Pakistan in October, 2018 and features the voices of Jan Rambo, Ismail Tara, Hina Dilpazeer, Ghulam Mohiuddin and Javed Sheikh. After running for over 25 weeks in the cinema, the film has grossed Rs 24.75 crores.