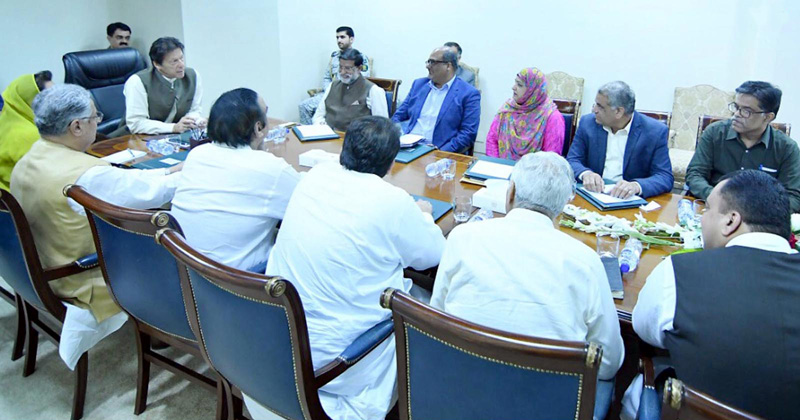 Prime Minister Imran Khan on Wednesday chaired a high-level meeting at the Prime Minister’s Office, where the Terms of Reference (ToRs) for the Commission of Inquiry were discussed.

The commission will investigate how the debt of the country in the last 10 years – from 2008 to 2018 – increased by Rs 24,000 billion whereas no mega projects were carried out in the country during the period.

The commission will also investigate all ministries and divisions, besides the ministers concerned, who have spent public money. In case any misappropriation is found, the commission will work for the return of that money.

The commission will also look into any misuse of public exchequer for personal use and gains, such as foreign travels, foreign medical treatment expenses and construction of roads and infrastructure for private houses declared as camp offices of senior officials.

The commission, in addition to its members, will be empowered to induct forensic auditors/experts of international repute for its assistance.

Final ToRs and announcement of the commission will be made during this week.

Meanwhile, Imran Khan called upon the nation to end the practice of glorifying money launderers who were seeking refuge behind democracy.

He said those money launderers had incurred immense damage to the nation and left the people impoverished. “Why are plunderers of public wealth given such special treatment? Time to treat them as criminals,” the prime minister said in his post on Twitter. He stressed that no protocol should be extended to such people.

Separately, talking to members of National Assembly from Hyderabad, Larkana, Sukkur and Mirpur Khas divisions, Imran Khan said the government was fully alive to the problems being faced by the people of Sindh and he would soon visit the province.

He said those who had plundered public resources would be held accountable.

The meeting discussed the overall situation in Sindh, the federal government’s development projects in the province and the problems faced by the people there.

The MNAs lauded the government’s measures for economic stability, annual budget 2019-20 and the prime minister’s address on Tuesday night to take the nation into confidence on crucial issues of national importance.