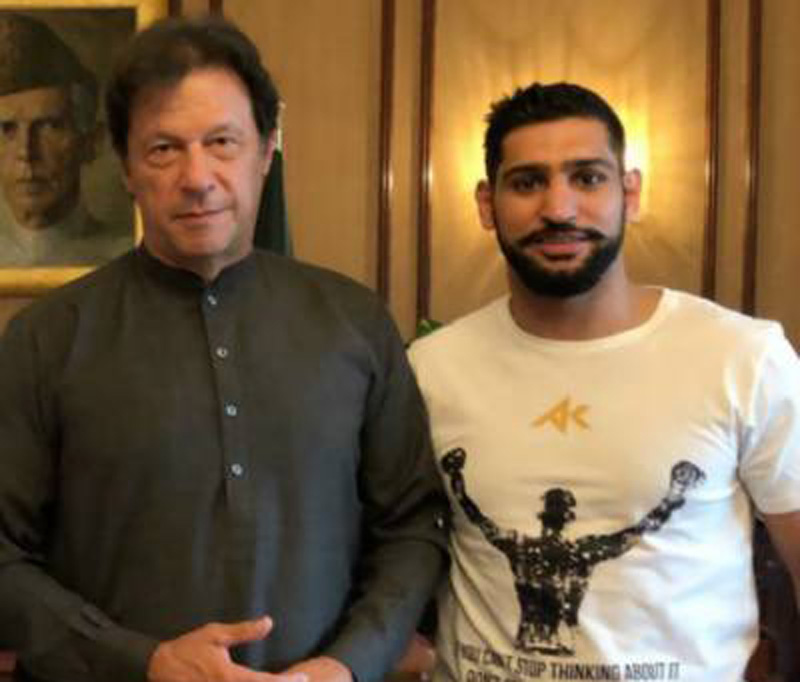 LONDON: British boxer Amir Khan has said that Prime Minister Imran Khan will attend his fight against India’s Neeraj Goyat at King Abdullah Sports City in Jeddah on July 12. “The prime minister of Pakistan (Imran Khan) will be attending which is huge. It would be amazing if we can get the Prime Minister of England as well. I’m a British Pakistani and it’s great to have that backing from Pakistan,” Khan told reporters in London on Thursday. The former unified world welterweight champion insisted he doesn’t regret agreeing to fight in Saudi Arabia despite concerns over human rights in the country. Amnesty International have described the Saudi human rights record as “abysmal”, adding that the nation is in the “grip of a sweeping crackdown against critics of the government”, and implored Khan to travel there with his “eyes firmly open”. Less than three months after he was stopped in six rounds by Terence Crawford, Bolton-born Khan is reportedly being paid £7 million to headline a team event between fighters representing Pakistan and India. Khan has embarked on pilgrimages to Saudi Arabia on a number of occasions, offering him his own perspective on the country. “When I was there last, it had all changed. I started seeing women not wearing head scarves. Women were out driving. “They had a huge concert where everyone was dancing and enjoying themselves. I’d never seen that side of Saudi Arabia before. “Maybe now they are changing to make it that new place where people can enjoy themselves and it’s fair for women. I think they’re trying to change now.” Khan’s pay for the fight is £3 million more than he earned against Crawford and he conceded that was a major consideration in his decision. “They are throwing a lot of money on to the table, and at the end of the day we are prizefighters. For me, I would be stupid to not take this opportunity,” he said. “I didn’t get involved in the negotiation side. If they told me to fight on the moon. I’m one of those who will fight wherever. “The offer came on to the desk and we took a look at it. It makes sense for me, especially because I want a quick turnaround between fights.”