India all set to sink teeth into under-performing Proteas today 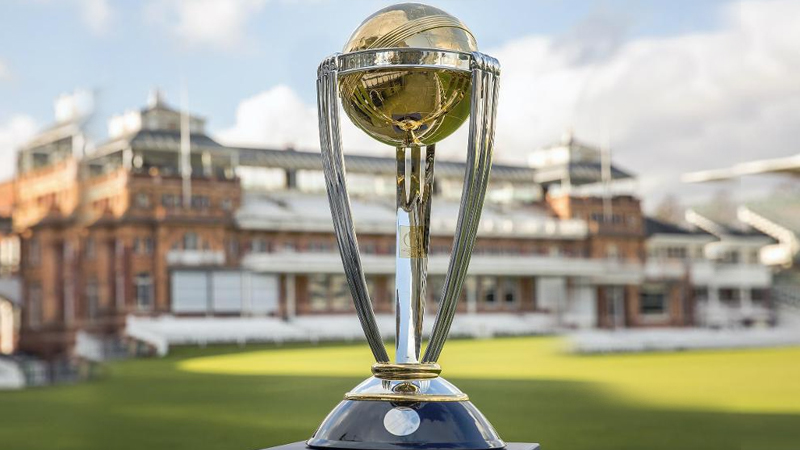 Finally, after what feels like ages, India are set to get off the mark in the World Cup 2019. The wait has been long — their opponents on June 5 (today) in Southampton would be playing their third game — with restlessness increasing every passing day. While India have been away, sticking to themselves with nothing but training and paintballing to do over the last week or so, the World Cup has gone from spice-less to action-packed in a matter of days. They’ve seen teams from Asia have a slow start before bouncing back in the last couple of days. It’s now time to join the race. The involvement of the Indian team and their large fan base will only make the World Cup better.

Their honeymoon period is over, and the immediate challenge looks daunting. India have South Africa, Australia, New Zealand and Pakistan to face in the next 12 days. But India couldn’t have asked for a weaker South African unit than this for their World Cup opener. Not many would have expected this, but South Africa have arrived at Southampton having lost two in two. It included a loss to Bangladesh, where they looked quite listless despite the margin of defeat being just 21 runs. What’s worse, they’ve lost the heart of their bowling attack to injuries. Lungi Ngidi isn’t fit for the the India game, and Dale Steyn has been ruled out of the entire tournament. His replacement Beuran Hendricks arrives in England only on Wednesday, and is unlikely to get going straightaway. When the tournament began, South Africa’s pace attack was felt to be their X factor. Now, they have only 14 players to choose from with only one genuine pacer in Kagiso Rabada.

While South Africa have a plethora of problems to deal with, India have to be wary of the starters’ nerves. Kohli said playing late was an advantage as the side could gather crucial pointers, but the long wait could have also led to restlessness. India have to get their combination right as quickly as possible, for they begin the tournament with a string of tough games. India have identified their best batting line up, with KL Rahul all set to take up the No. 4 slot. Kedar Jadhav is fully fit too, and he is the most likely to take the No. 6 slot unless India take precautionary measures considering it’s a long tournament. If that happens, India could go with Vijay Shankar considering he’s the sixth bowling option.

India’s bigger selection conundrum will be around their bowling unit. Given their success in South Africa last year, and South Africa’s performance against Bangladesh in the previous game, it’s almost a guarantee that India will play the wrist spin duo of Yuzvendra Chahal and Kuldeep Yadav. Kuldeep’s form in IPL was poor, but Kohli brushed aside fears saying the IPL has no relevance to a 50-over contest. Ravindra Jadeja had a good outing in the warm-up games but it’s unlikely India will play with three spinners considering the conditions. A day before the game, the Ageas Bowl saw plenty of rain with temperatures hovering around 10 degrees and the sun hardly visible. There was no grass on the wicket though, which could mean plenty of runs unless overhead conditions have a say.

The downpour cut short India’s last minute preparation plans, as the likes of Virat Kohli, MS Dhoni, Shikhar Dhawan and Kedar Jadhav who had come for an optional session were forced to return. The chilly weather and overcast conditions – scattered rain is forecast for match day – will mean India will begin with Bhuvneshwar Kumar over Mohammed Shami. It also strengthens the lower order batting, especially if Jadeja is absent. If at all there is one good news coming from the South African camp, it’s the return of Hashim Amla. A blow to the head by Jofra Archer forced Amla out of the Bangladesh game, but he has been cleared to play against India. He will get back to the top of the order, pushing Aiden Markram down and David Miller out. Dwaine Pretorius is set to take Ngidi’s place. The bowling might be weakened, but India can hardly take the batting lightly as South Africa are set to bat till No. 9.

South Africa’s batting and bowling were inadequate in the first two games, but surprisingly, their fielding has been below par too. That’s the area they worked on the most on match-eve. Irrespective of South Africa’s current plight, India have had the better of their opponent in recent times. The last time the two sides faced each other, India thrashed South Africa 5-1 away from home. History might count for little, but India also emerged victorious in the last three 50-over ICC events meetings — the Champions Trophies of 2013 and 2017 and the World Cup 2015. South Africa have their sternest of tests beginning Wednesday. Du Plessis spoke about the need to ensure they don’t get into a ‘self-pity’ zone, putting the onus on the leadership group to get the six wins they’re targeting. Two losses, losing players to injuries and facing one of the tournament favourites in the third game is hardly the ideal start to their campaign. But who knows, it could be better than beginning well and then going bust later.