The beauty of Lake Baikal 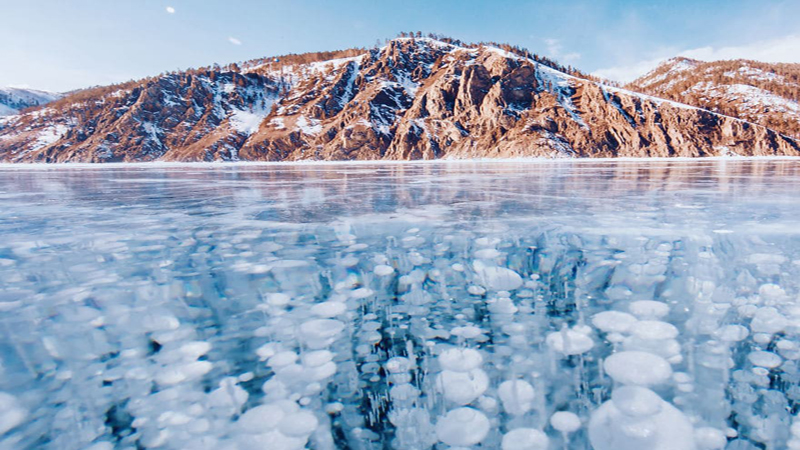 Nature has the power to boost our mental and physical well-beings in an instant. There is a sense of rejoice and delight in beholding nature around the world.

Earth has so many magnificent places yet to explore.

These sights astound us with their morphology and widen our eyes to ‘stan’ the beauty.

One of those sites is Lake Baikal, situated in south-east Siberia.

The lake is rich in oxygen from top to bottom which means life is possible in its depth.

The excess of oxygen can support large diversity.

This lake is one of oldest and deepest lake in the world.

The maximum depth of the lake is 1,642 metres and is 25 million years old.

It contains 20 percent of unfrozen freshwater known as “Galapagos of Russia”.

The species diversity is highest among all the lakes of world.

The lake is the cleanest and purest water reservoir.

It is maintained by the organisms which cleans 50 percent of the lake thrice a year.

The water is turquoise clear, the salt and nutrients are present deep in the lake but it is oxygen rich even in the deep.

The lake is so clear that depth of the lake can be seen approximately at 40 metres.

The lake is surrounded by mountains which are so unusual. They are in continual motion .They go up and down.

The area of the lake can be comparable with the area of Belgium.

The water is frozen for up to five months in a year.

The ice is the most transparent in the world and so thick that a vehicle can pass by it.

You can see everything under the lake like fish, green stones, plants and bluish gulf.

Baikal algae are the type of algae which is only present in this lake.

The ice is so slippery and transparent that you can see your reflections.

Most of the time, the ice cracks and these cracks range from 10 to 30 kilometres.

The cracks in the lake are beneficial as they allow oxygen for the fish to breathe.

There is a special ice formed called “whisper” which resembles like needle.

The length of this ice is 1 to 2 centimetres.

The baikal is so special and unique in its features that Russian scientists have introduced a term “Baikalogy”.

The only river that flows from within is Angara River while other rivers flow into the lake in the world.

There are two cities located near the lake.

In the summer, the lake’s view is magnificent because the temperature gets warmer which compels the Siberians to come with their swimsuits and enjoy the beauty of the lake.