* US provided Israel with nuclear blessings and when Arab leaders objected and raised this issue, Washington immediately shielded Israel by not allowing IAEA to consider the issue 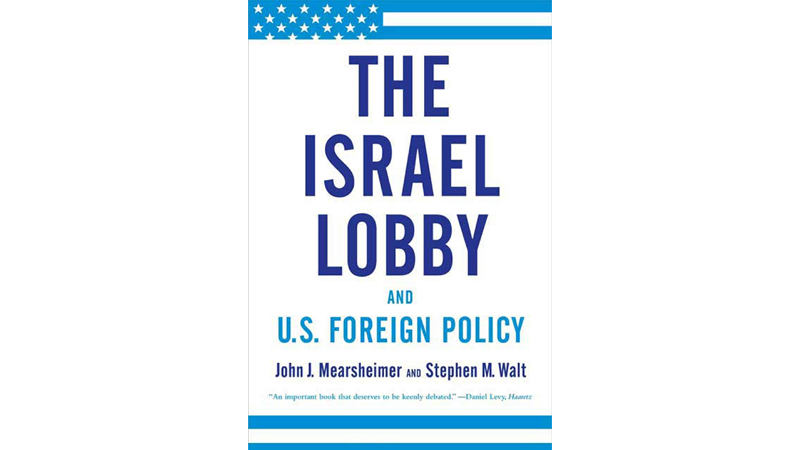 One of the great benefits a state can get from a superpower of age is diplomatic support. Apart from enduring military and economic support, the United States has provided Israel a substantial amount of diplomatic support before and after the crisis.

Between 1972 and 2006, US vetoed 42 United Nations resolutions which were critical or not in Israel’s interest. The number of vetoes the US did is greater than all the vetoes imposed by the rest of the Security Council members and also slightly more than the vetoes the US did for other issues. Several UN resolutions were not even passed for they fear that eventually it will also be vetoed by the US.

The US which is a signatory of the Non-Proliferation Treaty and forward in condemning vertical proliferation provided Israel with nuclear blessings and when Arab leaders objected and raised this issue of hidden and undeclared nuclear weapons in renowned atomic agency IAEA, Washington immediately shielded Israel by not allowing IAEA to consider this issue. As Israel’s foreign minister Jonathan Peled told to newspaper The Forward that the Arabs raised the Israeli nuclear issue every year but in order to have a resolution against Israel, you have to get approval from the board of governors that is IAEA, which you don’t have because of the heavy U.S influence on board.

The neocons have been playing a major role in the political and intellectual life of Americans since the 1970s. This movement became more popular and prominent post 9/11 with its leading role in forcing the US to invade Iraq in 2003 and has been manipulating and influencing US foreign policy to a great extent.

The neoconservatives believe in American exceptionalism and Pax Americana. They believe that the U.S. is responsible for all the good in the world and the U.S. has the responsibility to spread democracy and liberty and eliminate dictators and anti-Americanistic elements. The US should use its hard power and military to forward his objectives of perpetual peace. Using hard power will heighten the respect and alliance of the United States because every state will realize that it will be futile not to ally with America and thus they will follow US lead.

The neocons have been playing a major role in the political and intellectual life of Americans since the 1970s. This movement became more popular and prominent post 9/11 with its leading role in forcing the US to invade Iraq in 2003 and has been manipulating and influencing US foreign policy to a great extent

Melvin Urofsky and historians reveal the extent of Israel lobby that in American history no other ethnic group has had such extensive involvement as this ethnic group. Since 1967, Steven Rosenthal is of the opinion that citizens of no other country are greatly committed to the success of their country as American Jews are committed to the success of Israel. In 1981, Robert Thrice a political scientist describes that at least 75 separate organizations were working as a pro-Israel lobby, actively supporting the actions of the Israeli government in American Congress and among the best and most important pro-Israel organization whose core target is US foreign policy is AIPAC.

The humiliation of Bush by Israeli lobby is important in explaining the control of Israel.

El Pats, Spain’s leading daily magazines describe the influence of Israel lobby that if any country’s power and authority is measured by its influence on events then the U.S is unfortunately not a superpower, Israel is, but it was not Israel nor Sharon but its key pro-Israel forces that persuaded and forced Bush.

When mentioned of the Iraq war, Israel’s power was mind-boggling, frustrated every high ranking official forbidding them from their own role. Prominent article written by Secretary of State Condoleezza Rice in a leading magazine – Foreign Affairs, that US had no imminent threat as Saddam’s forces were extremely weakened and the US could live with Nuclear Iraq.

Jacob Weisberg believes that Bernard Lewis is the most intellectual pro-Israel influence behind the invasion of Iraq.

Is US Middle East policy was under heavy influence by lobby? If so was the lobby’s impact beneficial for both U.S and Israel? The answer to the first question is an absolute YES and answer to the latter question is unfortunately NO.

Israel has manipulated and hindered the peace process by the Bush administration for Palestine by comparing Yasser Arafat with Osama bin Laden, forcing the US to isolate and avoid Yasser Arafat from Palestinian politics and Ariel Sharon also defended its action by labelling the situation as a war against terrorism, persuading George W. Bush that we all are fighting the same war.

The tension between Palestine and Israel further intensified when a Palestinian suicide bomber killed 30 Israeli civilians. Israel launched Operation Defensive Shield which threatened Bush’s effort for peace talks between both states. Bush ordered Israel to withdraw while Israel didn’t give a response, Rice and Powell also forced Israel by saying that without delay means without delay, but soon Rice started to feel the immense pressure from both White House and Pentagon to call on President Bush to abandon his harsh approach towards Israel. The main target was Powell, whose plan was to meet Arafat and visit the Middle East was considered as anti-Semitic and was also accused of failing to distinguish between terrorists and one who fight terrorists. Prime Minister Netanyahu also called the trip of Powell as it was worth nothing for us and won’t change anything, for Powell these ten days were worst days of his life. Inside the administration, the balance of power totally shifted against Powell. However, Bush still continued its efforts for peace talks for the Palestinian state and to end the second Intifada. This situation gave Israel substantial benefit and power to ignore and neutralize whatever policy they want.

The Israeli government continued its stubbornness and kept on expanding through illegal settlements despite Americas appeal to limit the expansion and freeze all the illegal activities. Israel also continued its brutal tactics of assassinating Palestinian leader while the U.S. failed to denounce the attack and killing. The responsibility of breaching peace most of the time lies on Hamas, whose aim is the destruction of Israel however, Hamas is not a major player who has become an obstacle in peace talks but rather it is Israel who is not willing to allow peace and a Palestinian state. Had it been enthusiastic about a peaceful end, it would have contacted moderate Arabs who have devised many peace proposals. This approach of Israel is only strengthening extremists. The question still remains a mystery why did the U.S invade Iraq, which makes the war remarkable. As Richard Haass said that his time of the grave will come but still, he will not know the answer.

Israeli Lobby is not solely responsible for the invasion of Iraq instead they supported the neocon’s idea of invasion but still, Israeli leaders were conscious that Bush might not wage war.

They were of the opinion that do not delay the Iraq attack. As deputy defence minister Weizman Shiry said that if American will not attack now it will be too late to stop Saddam Hussain in acquiring WMDs and it will be more difficult to halt Iraq in the future.

The Israeli leaders in 2002 were not happy that Bush decided to take the approval of war from the U.N and also when Saddam Hussain accepted to allow UN inspection regarding WMDs, might reduce likely hood of war. Persuading Putin that inspection is now too late and that dishonest person like Saddam can easily overcome the inspection. They were so frustrated that they even questioned France’s membership of SC during the UN process.

When the war started Sharon quit the lobbies, politicians and diplomats as he feared that the Iraq war might be called war for Israel. They just wanted their position to be unknown.

Many community leaders believed that toppling Saddam and its WMDs will be a significant move towards peace and prosperity in the Middle East and the war on terrorism.

AIPAC support and lobbying money for US soldiers in Iraq, which Democrats first disapproved but later on, were persuaded by AIPAC and money was approved.

Interesting research by PEW Research Centre shows that Jews were less supportive of Iraq war 52 percent to 62 percent and were angry that war is waged in the name of Jewish lobby but rather it is waged by Israel lobby, which has nothing to do with Jews.

The writer can be reached at keltonhigh@gmail.com