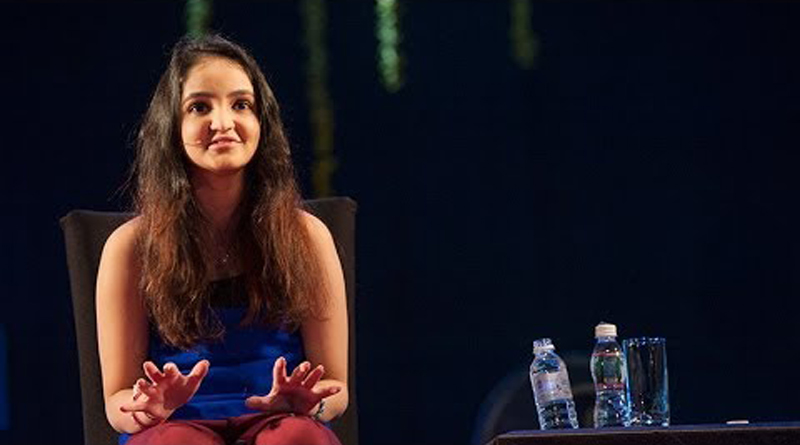 Gratitude, finding happiness and not being overwhelmed by difficulties is what we derive from the life of artist and motivational speaker Aisha Chaudhary.

Life is the second name of struggle but for Aisha Chaudhary, every breath was a struggle. Aisha’s persistent, optimism, extraordinary maturity and cool perspective on life’s challenges have been an inspiration to millions of people as she beautifully says, “If you cannot change your own life, change someone else’s.”

And this was exactly what she did in her life. Aisha was a young artist, motivational speaker and the author of one book. She was born on 27th of March 1996 in Delhi and she was best known for her motivational speeches and her positive attitudes towards life. She was born with an immense deficiency disorder called “Severe Combined Immune Deficiency” (SCTC) which is a genetic disorder and the babies with this disorder do not survive for a year if BMT (Bone Marrow Transplant) is not provided immediately. She had to undergo a BMT when she was six months. As a side effect, she got Pulmonary Fibrosis which leads to breathing problem due to the damage of lung tissues. It happened in 2010 when she was 13 and she had to leave her school due to this. She was not allowed to play with other children because of the fear of injection and she spent most of her time with her parents, relatives and adults which is the biggest reason behind her great maturity and understanding of life. Aisha wanted to motivate others to achieve their goals with full potential and her disease could not stop her from chasing her dreams and passions. Therefore, she started to give motivational speeches on various platforms like INK and TEDx and became one of the youngest motivational speakers of India at the age of 14. She was known as the little power house of motivation and is still remembered for her inspirational talks. As nicely said once, “You live every moment twice once in your mind and once when you actually live it.” Aisha’s lung capacity was 35 percent and it decreased to 20 percent. As a result, she could not walk long or breathe properly and became completely dependent on portable oxygen to breathe properly. She was warned by the doctors that travelling could cause her death but she did not care of this and travelled to deliver her inspirational talks since she could not change her own life but changed thousands lives. She lived a life full of challenges but none of them were successful in pulling her down. She suffered a lot but the more she suffered, the more determined she became. Being happy was the best quality of Aisha because for her creating happy memories were important to wipe out the sad ones.

She said, “Happiness is a choice that one makes so I want to be happy and I choose to have a happy Pulmonary Fibrosis.”

The writer is a student and can be reached at meherulnisa5@gmail.com