In our culture one is not supposed to question any statement coming from those who claim to be religious scholars. The reference here is to preachers in our mosques, of whom most are not qualified for their jobs. Some of them become rich and powerful by constructing mosques on other people’s properties, secure in the knowledge that the owners would not dare challenge them. It is due to illiterate and ignorant people in the position that some people are reluctant to allow their daughters to go to school. Some preachers have even convinced their followers that immunising children against polio will make them infertile and lead to a massive decline in the number of Muslims in the world. No use telling them that for every 150 Muslims on earth there is only one Jew, yet it is the Jews who are dominating the world. 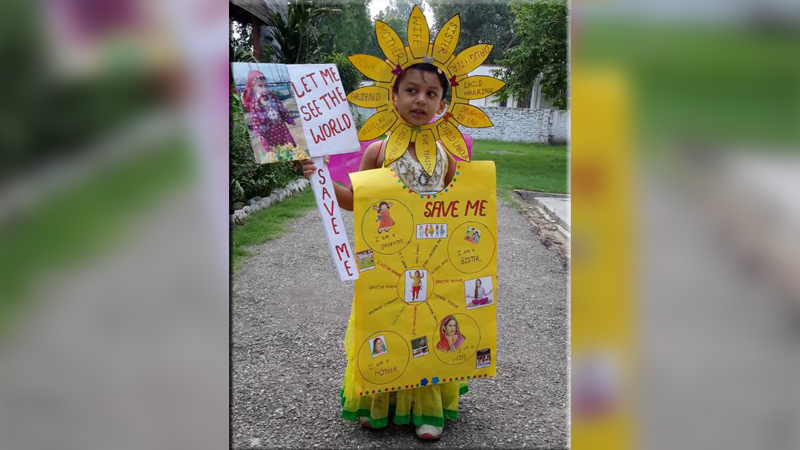 I’ve often wished that my father hadn’t spent a fortune on my education. If I hadn’t been received beatings in my formative years, I would probably have ended up being a brainwashed idiot like many men in Pakistan. Without having read a single book, apart from the ones required in school, I’d have been just like them. Almost every man I meet is like that preacher who has never asked his listeners to read books on subjects other than religion. That is why many men believe that women wearing jeans cause earthquakes.

Fortunately, I’ve a few friends and relatives with whom I can hold discussions and challenge their beliefs without fear of being ostracised for the rest of my life. The situation was very different 20 years ago when you rarely came across an extremist, and no one took preachers seriously.

It is strange that the sex ratio is so high in Muslim countries; in Maldives the ratio is 130 to 100

Another belief that the brainwashed ones share is that the number of women is so much more than the number of men that there are thousands of unmarried Muslim women who are at a risk of developing loose morals. So when my preacher urged his listeners last Friday to marry at least two women in their lifetime to save the excessive number of unmarried women from turning to the oldest profession in the world to survive, I remained seated and said nothing. I did that because I didn’t want to get lynched. The preacher and his audience would have reacted violently if I had told him that the number of men in Pakistan, and in most Muslim countries, is more than the number of women.

The male-female ratio in Pakistan is 106 men for 100 women. This means that should all Pakistnai men wish to get married more than 6 million of them will never find a Pakistani woman to marry. They will have to try elsewhere. Some Chinese men have done the same recently; marrying Pakistani women because the situation is no different in China. But if every other Pakistani suddenly decides to do what the cleric has advised – having more than one wife – it will result in chaos. We’ll see millions of unmarried Pakistani males cursing the day they were born.

If it is any consolation, we are better off than many other countries in the region. India has 108 males for 100 females, while in Saudi Arabia the ratio is 132 males for 100 females. Kuwait has a 135 to 100 ratio). There will be anarchy in these and other Muslim countries where the ratio is even higher-countries like Bahrain with 161, Oman with 184, UAE with 272 and Qatar with 306. These states must do something immediately to increase their female population to avoid the spectacle of men killing one another to get married. It is also strange that the sex ratio is so high in Muslim countries. In Maldives the ratio is 130 to 100. Could it be that Muslim women prefer to get abortions so that they don’t give birth to girls? We know this is happening in India, and perhaps in China as well.

Whatever the reason, I hope I’ve been able to persuade those of my male readers who are thinking of taking second wives to refrain from doing so. We already have enough problems of our own.