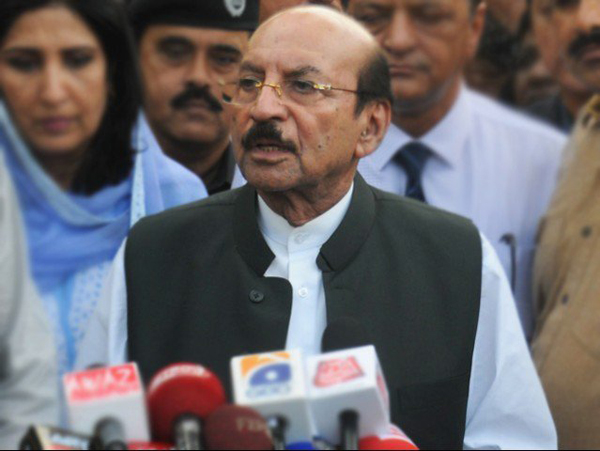 The Islamabad High Court (IHC) on Tuesday disposed of a bail petition moved by former Sindh chief minister Qaim Ali Shah after the National Accountability Bureau (NAB) said it had no plans to arrest him. A divisional bench, comprising Justice Aamer Farooq and Justice Mohsin Akhter Kiyani, heard the interim bail request of the former chief minister. Earlier, NAB officials had informed the bench that an inquiry related to the issue was underway against the petitioner. However, there is no chance of Shah’s arrest at this stage, they said. The petitioner’s counsel, Farooq H Naik, said NAB could arrest his client at any stage in future. “If in future, NAB feels that the former chief minister must be held, then arrest warrants could be issued,” he said. Justice Kiyani said it was NAB’s job to tell the court about the progress in its inquiry and type of allegations. “We can ask the investigation officer to inform us about the stage the inquiry has reached,” he said.