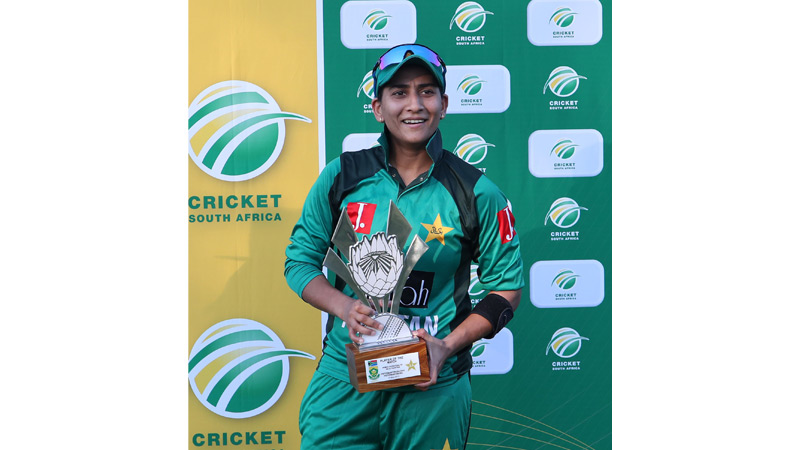 Iram Javed hit a gutsy half-century, while Nida Dar and Aliya Riaz made useful contributions to steer Pakistan women to a four-wicket victory over South Africa women in the third T20I in Pietermaritzburg on Sunday. Iram scored 55 off 45 balls with six fours and six as Pakistan achieved the 139-run target with two balls and four wickets to spare to go 2-1 ahead in the five-match series. Iram received good support from Nida, who scored 32 from 28 balls with four fours and a six. Iram and Nida added 77 runs for the fourth wicket after Pakistan had slipped to three to three inside three overs. After Nida departed, Iram found another useful partner in Aliya, who struck four fours and a six in a 24-ball 30 as the two batters put on 54 runs for the fifth wicket. With seven runs required in the final over, Iram fell on the first delivery but Sana Mir scored the remaining six runs on the third and fourth deliveries to seal the match in Pakistan’s favour.

Earlier, South Africa women, batting first, reached 138 for four in 20 overs – thanks to an 80-run second wicket partnership between Tazmin Brits and Nadine de Klerk. Brits returned unbeaten on 70 from 61 balls with nine fours and a six, while Klerk hit four fours in almost run-a-ball 36. However, it was Sune Luus’s 18-ball cameo that produced 28 runs and included five fours, which lifted the home side to 138 for three. She dominated the unfinished 44-run fourth wicket partnership with Brits in just over four over. The fourth match of the series will be played on 22 May in Benoni.