* His true strength as an artist had been a creditable amalgamation of immense creativity, endurance and of course unmatchable approach 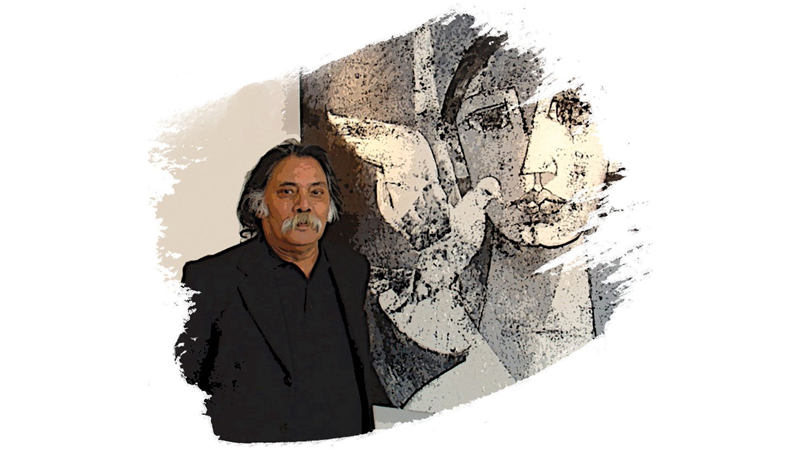 “I have no story to tell, no symphony to play, no poem to recite, no climax, no anti climax. If you must find a plot or a story then you will find it in my treatment of form, texture, colour and composition.” Walking down the lane of history, one cannot overlook but see that there had been few naturally born artists who without completing any formal education succeeded in making their mark with little or no art school guidance at all.

Similar was the case with Jamil Naqsh who had been the Vincent Van Gogh of modern times as he left National College of Arts, right after a year, without completing his degree. Nonetheless, belonging to the generation of artists, Naqsh through his grit, persistence and dexterity emerged as a phenomenal artist and from unknown became known among his fervent contemporaries. Even after his demise, he remains to be immortal in the strokes, colours and images of his paintings.

His true strength as an artist had been a creditable amalgamation of immense creativity, endurance and of course of an unmatchable approach. As both, a modern expressionist and a traditional miniaturist, ‘Naqsh had been painting for the past 38 years, Jamil Naqsh has handled a vast variety of themes including land and seascapes.’ In most of his works Naqsh through his unique style and cubistic overlays, sheds light on the beauty of woman and especially pigeons whose splendour otherwise remains unattended, even at the mosques and shrines. To add more, it is said that “He set up his Karachi studio in a rooftop garden where pigeons were allowed to move around freely and were welcomed as visitors.”

Eminent art critic Marjorie Husain writes in one of her essays, “While his peers explored Western art forms, Naqsh was committed to the study of his own aesthetic legacy. He was determined to understand and absorb the spirit of his roots in order to study modern art movements from a position of strength.” Husain adds, even his iconic imagery of the pigeon pays tribute to his childhood where “windows were always wide open in the house and birds flew in and out.” 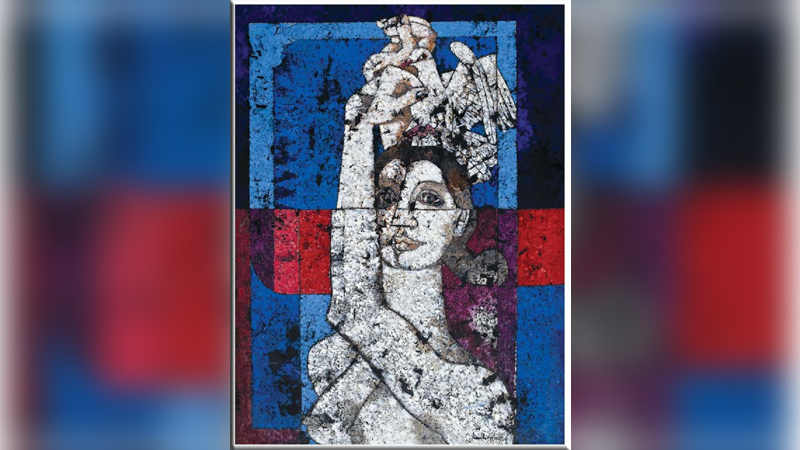 “The art speaks itself” – Jamil Naqsh

Moving from his birthplace, Naqsh had been an artist belonging to three distinctive cultures. Starting off his journey at the time of partition, when he was nine years old, he left Kairana for Pakistan. In 1954 Naqsh got admission in the Mayo School of Arts and Crafts, Lahore. However after completing a year, he left the Mayo School to become a full time student of the dedicated miniaturist Ustad Mohammad Sharif. And then as he began his journey as an artist, many of the prestigious awards were bestowed upon him as a recognition to his contribution in fraternity of art. His consistent contribution to the art of Pakistan has truly raised him to a level of high regard. It wasn’t until lately that he chose the land England as a companion to his late 70s.

Eminent art critic Marjorie Husain writes in one of her essays, ‘While his peers explored Western art forms, Naqsh was committed to the study of his own aesthetic legacy. He was determined to understand and absorb the spirit of his roots in order to study modern art movements from a position of strength’

The enthralling contrast of Naqsh had been his sensitivity which engrossed him completely in his work, and yet he remained completely aware of all that was happening in the world of today. Being a man with eastern inclination, he chose to recreate the scenes, experiences and images from his childhood and adult life which clearly depicted his sharp observation and close affiliation with his nascent roots. Naqsh serves to be a character of hope for the generations to come; a character which signifies the fact that despite having a nondescript family background and half-done academic career, one can surely reach the heights of prominence through diligence, artistry and sincerity towards one’s work. 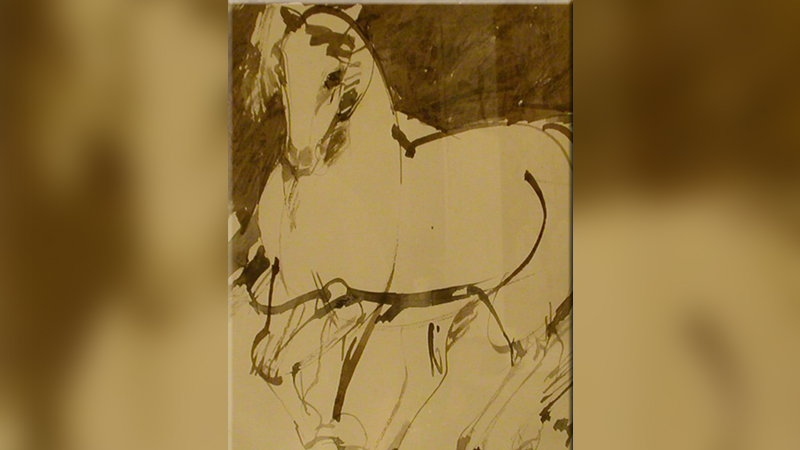 His work ‘Fisher Woman of my Mohenjo-Daro’ is a lucid example of connecting with past in the present. Naqsh through his series of paintings tries to revive the grandeur of Mohenjo Daro Civilization with the touch of contemporary times.

Even after his unforeseen demise, Jamil Naqsh will remain alive in his artworks for the pigeons he has left breathing on the canvas will always commemorate and immortalize the artist who has set them free from the shackles of his mind and imagination. The women he has painted will always admire and eulogize the artist for setting them free from the restraints of the society. Even the Jamil Naqsh Foundation will serve to be home to young artists in the years to come. Naqsh ensured that he leaves behind a safe haven for the transpiring artists who can experiment with their art in this free environment.

“The Jamil Naqsh Museum will hold a great significance for the city of Karachi in coming years. The idea behind setting up a whole museum dedicated to the artist’s work was to provide the younger generation a place which inspires them to do something similar in the field of art,” added Dr Setna, a trustee of the foundation.

The writer can be reached at hirashah@hotmail.com