In 1968, the world declared family planning a basic human right. The International Conference on Human Rights declared that family planning would be a part of the human rights obligations of every state, government and a policy-making institution. The final document of the conference, called Teheran Declaration, states: “Parents have a basic human right to determine freely and responsibly the number and spacing of their children.” This involves “imparting sufficient information and means to parents to control reproduction as well as providing them with adequate knowledge regarding the advantages and disadvantages of such determination.”

Family planning is central to a woman’s health. It leads to women empowerment, can help reduce poverty and achieve sustainable development. If a woman has access to family planning services, she can plan her life better, seek better professional opportunities and contribute to the society with her talents.

Family planning as a human right views people not as acquiescent legatees but as dynamic and agile agents who can shape their lives in accordance with their resources and needs. Family planning is also considered a basis for several rights that are to be provided by the state. 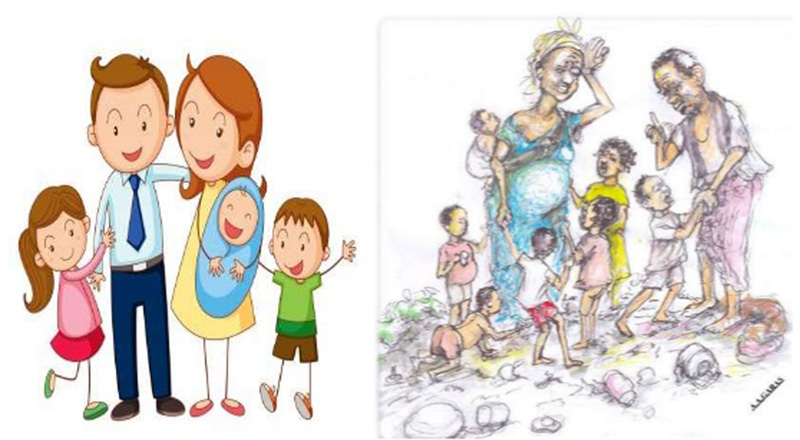 I remember Dr Firdous Ashiq Awan in 2011, when she was a federal minister, saying that Pakistan should legislate upon family planning and have a two-child policy. She also said the state should penalise families with more than two children. Predictably, the proposal was met with severe criticism from religious pressure groups.

A rapid increase in food and energy prices has once again triggered the debate about family planning. The population bomb is about to burst. The population is stripping the world of its natural resources.

Child bearing has long been considered the primary duty of women. Protection of women’s health has never been a priority for governments in Pakistan. This is clearly reflected in the law making. Recently, the Child Marriage Restraint Bill was opposed in the National Assembly. Some of the legislators opposing it said that child marriages kept prostitution down. There was no debate about deterioration of women’ health from excessive child bearing.

Last year, a suo motu notice by a Supreme Court bench headed by the then chief justice Saqib Nisar was followed by a report from a committee and a symposium that was attended by representatives from federal and provincial departments for family planning. The recommendatory judgment by the chief justice has a background. It clearly mentions details of how the constitutional right to life has been broadened in the light of earlier court decisions, and reviews the approaches adopted in neighbouring countries. The judgment also mentions multicultural and multi-religious experiences in this regard in the neighbouring countries. The Supreme Court stressed the role of religious scholars in creating awareness about birth control with reference to Islamic teachings:

“Adopting an approach similar to that of Iran, and focusing on the main impediment to the cause of population planning, these recommendations involve increasing the demand and utilisation of contraceptives for which a mass movement is suggested taking on board political leaders, ulema and clerics, the corporate sector, academia, executive, judiciary, media, intelligentsia and youth. Ulema and Islamic scholars must also be urged to promote Islamic teachings in the context of controlled birth so that each child may be assured an enlightened and prosperous life.”

In its judgment, the Supreme Court cited several earlier judgments and proclaimed that the right to life, a fundamental right provided in Article 9 of the Constitution of Pakistan 1973, also necessitates the right to basic facilities and living conditions. These factors depend upon the socioeconomic situation of the country; economic progress in Pakistan is obstructed by rapid population growth. The Supreme Court recommended a two-child policy. The judgment is considered a liberal interpretation of Article 9. Despite the judgment, confusion on a two-child policy and birth spacing has persisted.

The judgment specified: “It has been recommended that the Pakistan Medical and Dental Council and the Pakistan Nursing Council should include mandatory modules on family planning and reproductive health so we may rope in our future doctors and nurses to this national crusade. Obviously, the general cooperation of our NGOs and civil society is also expected and requested for this national cause. The federal and provincial governments should also consider incentivising the local production of contraceptives by investors and pharmaceutical companies to increase their supply and accessibility and consider pooled procurement of contraceptives. The executive must play an active role in ensuring effective implementation of such laws. The federal and provincial governments have agreed to allocate a sustainable amount of funds for this urgent cause, which will be a commitment that they must stick to in order to achieve any success in this population control campaign.”

There has been disagreement on whether parents should be forced to restrict their family to two children or be educated about use of contraceptives in their own interest. The first consideration is related to limiting the population growth, and the second to birth spacing. In the past, religious organisations have opposed the two-child policy. They have been able to persuade most people, particularly in rural populations, that the two-child policy violates core Islamic values.

The official policy should not only focus on controlling population growth but also on contraceptive use. Misconceptions and stigmas attached to their use should be removed by undertaking awareness campaigns. Courts should give liberal interpretations of the constitutional rights regarding reproductive health.

The Supreme Court cited China’s carrot and stick policy of providing incentives in education and employment for those who followed the one-child policy while taking penal action against those who did not comply with it. The judgment coincides with the release of the findings of the Pakistan Demographic and Health Survey which: “The use of contraceptive methods has remained stagnant over the past five years… a rise in the use of contraceptive methods was witnessed between 2006-07 and 2012-13, mostly attributed to an increase in the use of traditional methods from 4 per cent to 9 per cent”.

The population explosion can be avoided if as a nation, we show the will for it. We should convince the common man that given the limited resources we can feed no more than two children. We should all realise that our needs have long outweighed our resources. It must be understood that family planning, both birth control and birth spacing, is not only a plan for a better future but also a tool to reduce poverty and elevate the level of happiness in our society.