The tension between Iran and America is not a recent development. It’s been going on since 1979. Prior to the Islamic revolution of 1979, relations between the US and Iran were friendly. Iran’s long border with America’s Cold War rival, the Soviet Union, and its position as the largest and most powerful country in the oil-rich Persian Gulf made Iran a pillar of US foreign policy in the Middle East. Reza Shah was Iran’s last pro-American ruler and a close US ally. 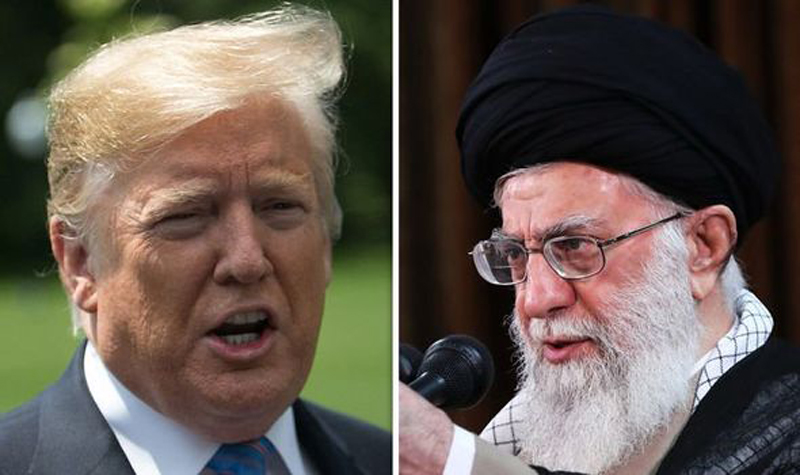 Things changed with the Islamic Revolution in Iran. The hostage crisis in 1979, the US support for Ba’athist Iraq during the Iran-Iraq war, the Hezbollah bombing of the US Embassy in Beirut, the Operation Praying Mantis by US in 1988, and the shooting down of the Iran Air Flight 655 by the US Navy have been some of the major events that brought the two states close to war. Diplomatic relations between the US and Iran have remained sour. Economic sanctions and trade embargoes have caused further deterioration in the situation.

The foundation of Iran’s nuclear programme was laid on March 5, 1957, when a “proposed agreement for cooperation in research in the peaceful uses of atomic energy” was announced under the patronage of US president Eisenhower’s Atom for Peace programme. After the revolution, the new Iranian government inherited the nuclear programme developed by the deposed Shah with help from the US. It became a cause of concern for the US when Iran became defiant. Several expert believe that the heightening tensions with a super power, and the risk of a full-fledged war with the US forced Iran to enrich uranium secretly.

Obama said, “The JCPOA is in America’s interest, it has rolled back Iran’s nuclear programme… The JCPOA is a model for what diplomacy can accomplish”

In 2003, the International Atomic Energy Agency, the world nuclear watchdog, reported that Iran had not declared sensitive enrichment and reprocessing activities. The IAEA board of governors reported Iran’s non-compliance with its safeguards agreement to the UN Security Council. The Council then demanded that Iran suspend its nuclear enrichment activities.

In December 2006, Resolution 1737 was passed to impose sanctions when Iran refused to comply. Economic sanctions forced Iran to make a deal. A final agreement and a Joint Comprehensive Plan of Action were adopted on October 18, 2015, between Iran and P5+1. Resultantly, UN sanctions were lifted on January 2016. The then US president, Barack Obama said, “The JCPOA is in America’s interest. It has rolled back Iran’s nuclear programme… the JCPOA is a model of what diplomacy can accomplish.”

The deal seemed to be working until the US voted in President Trump – a leader with xenophobic, racist and Islamophobic unilateral policies and a reductionist view of international law. On May 8, 2018, he announced the US withdrawal from the JCPOA. A year later, the Trump administration walked away from the 2015 Iran nuclear deal, and economic sanctions were re-imposed. Consequently, the US-Iran tensions resumed.

Seeking to squeeze Iran to the breaking point, the Trump administration announced that it would end the waivers that had allowed China, India, Japan, South Korea and Turkey to continue importing about one million barrels of Iranian oil per day. The purpose is to cut Iranian oil exports, the lifeblood of the country’s economy, to as close to zero as possible. The US has also designated the Iranian Revolutionary Guards Corps a terrorist group.

Iran has responded with threats of its own.

Iranian President Hassan Rouhani has said, “The remaining signatories – the United Kingdom, France, Germany, China and Russia – had60 days to implement their promises to protect Iran’s oil and banking sectors from US sanctions.” He said his country will resume high-level uranium enrichment if world powers do not abide by the 2015 nuclear deal.

The purpose is to take Iranian oil exports, the lifeblood of the country’s economy, to as close to zero as possible

Iran also threatened to close the Strait of Hormuz, a narrow waterway off Iran’s coast through which about 20 per cent of the global traded oil flows. It also designated US troops present in the Middle East as terrorists. Iran’s stern response further escalated the situation.

On May 5, US National Security Advisor John Bolton issued a stark warning to Iran.

The United States, he announced, would deploy the USS Abraham Lincoln aircraft carrier strike group along with a bomber task force to the Persian Gulf in response to what it called “a credible threat” by Iranian regime forces. The White House has sent B-52H Stratofortress bombers to deploy at a major American airbase in Qatar, and is deploying an amphibious assault ship and a Patriot missile battery to bolster an aircraft carrier. The acting US defence secretary also said that the decision to send the aircraft carrier was made in response to “very, very credible” intelligence that Iran might launch an attack on US forces in the region through its proxies. The escalation is dangerous for the region in general and for Iran in particular.

As a US aircraft carrier strike group and four nuclear-capable bombers arrive in the Middle East, a veteran politician who sits on the Senate Armed Services Committee is warning that National Security Advisor John Bolton’s confrontational style could provoke a dangerous escalation with Iran.

America must change its attitude towards Iran. Trump must stop taking cues from Israel and Saudi Arabia regarding his policies towards Iran. According to a February 2019 report of the IAEA, Iran’s activities have remained within the key limits of Tehran’s 2015 deal. Therefore, pressuring Iran in this regard is unreasonable. Continued coercion by America may force Iran to build a nuclear weapon. That should not happen. The US must stop making accusations after IAEA report. Trump should follow his predecessor’s example.

Iran too must act rationally. First, it must not take any steps to bring about a full-fledged war. Second, according to Article 38 of the United Nations Convention on the Law of the Sea “all ships and aircraft enjoy the right of transit passage, which shall not be impeded.” Tehran must not violate the international law by blocking the Strait of Hormuz. Third, threatening to enrich uranium cannot work to Iran’s advantage. It will only further squeeze Iran’s economy through more international sanctions.

Iran must uphold the deal. There is no other way out for Tehran. Other parties to Tehran’s2015 deal should implement it by maintaining economic relations with Tehran. Both Iran and the US must act responsibly and rationally. It must be kept in mind that war is not a solution. International community must play its role to mitigate the tension; the US and Iran must be brought to the table for peace and security of the region.