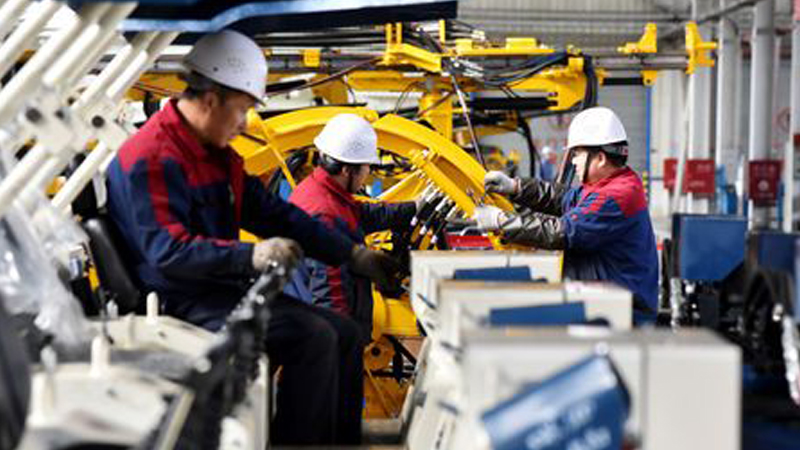 China on Wednesday reported surprisingly weaker growth in retail sales and industrial output for April, adding pressure on Beijing to roll out more stimulus as the trade war with the United States escalates.

Clothing sales fell for the first time since 2009, suggesting Chinese consumers were growing more worried about the economy even before a US tariff hike on Friday heightened stress on the country’s struggling exporters.

Overall retail sales rose 7.2% in April from a year earlier, the slowest pace since May 2003, data from the National Bureau of Statistics (NBS) showed. That undershot March’s 8.7% and forecasts of 8.6%.

The data suggested consumers were now beginning to cut back spending on everyday products such as personal care and cosmetics, while continuing to shun more expensive items such as cars.

“Weak retail sales partially stemmed from a deterioration in employment and declining income of the middle-and-low income groups,” said Nie Wen, an economist at Hwabao Trust.

“In terms of future policies to keep consumption as the stabilizer of the economy, China might roll out targeted tax cuts or subsidies to the middle-and-low income groups.”

As a whole, Chinese data for April largely pointed to a loss of momentum, after surprisingly upbeat March readings had raised hopes the economy was slowly getting back onto firmer footing and would require less policy support.

Growth in industrial output slowed more than expected to 5.4% in April on-year, pulling back from a 4-1/2 year high of 8.5% in March, which some analysts had suspected was boosted by seasonal and temporary factors.

Analysts polled by Reuters had forecast output would grow 6.5%.

China’s exports also unexpectedly shrank in April in the face of US tariffs and weaker global demand, while new factory orders from at home and abroad remained sluggish.

“There are still uncertainties haunting the performance of the economy. Tensions between China and the US have returned while concerns about insufficient demand worldwide are on the rise,” Nie said.

Nie said China may need a more comprehensive cut in banks’ reserve requirements in June before a G20 summit where Presidents Donald Trump and Xi Jinping are expected to talk trade.

“The funding gap in the market is relatively large,’ Nie said, adding that smaller, more targeted reductions in bank reserves may no longer be enough to spur stronger growth.

There is relatively big room for policies to support growth, Liu Aihua, a spokeswoman at the statistics bureau, told reporters at a briefing, adding that employment is expected to remain steady.

The April nationwide survey-based jobless rate improved to 5.0% from 5.2% in March, though analysts are generally sceptical of Chinese employment data and see a rise in layoffs if export conditions deteriorate.

Fixed-asset investment growth slowed to 6.1% in the first four months of this year, dashing expectations for a slight rise to 6.4%.

Growth in infrastructure spending held steady at 4.4%, with a sharp slowdown in cement production possibly reflecting a slower-than-expected payoff from Beijing’s efforts to fast-track road and rail projects.

China is trying to engineer a construction boom even as it steps up efforts to ease strains on smaller companies, ranging from tax cuts to financial incentives for firms which do not shed staff.

But private sector fixed-asset investment slowed sharply to 5.5% growth from 6.4%, suggesting the sector continues to face difficulties. The private sector accounts for the majority of jobs in China and about 60% of overall investment.

One of the few bright spots in the data was property investment, a key growth driver.

Real estate investment rose 12% in April from a year earlier, unchanged from March, according to Reuters calculations. But demand for new homes remained weak, weighing on sales of appliances and furniture.