Nevada’s capital emerges as the newest hub of literature

* The hub of this resurgence is the Black Mountain Institute, a literary centre that operates out of the University of Nevada, Las Vegas 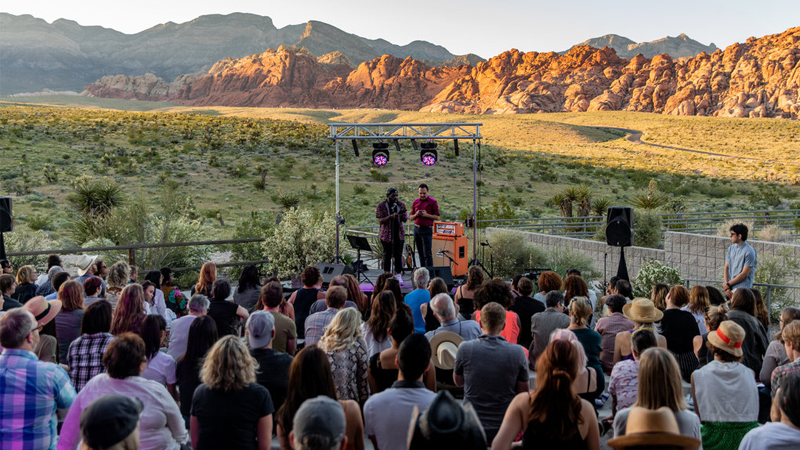 On a recent very warm Saturday afternoon, just a few blocks northeast of a string of ramshackle chapels offering Elvis-themed weddings on Las Vegas Boulevard, novelist Tommy Orange was discussing the critical reception given to “There There,” his polyphonic novel about contemporary Native Americans.

Orange was speaking at the third annual Believer Festival, three days of performances, panels and parties that are part of a growing literary scene here. As high-low splits go, it is a tough scene to beat.

With irregular regularity, various places in the United States that are not the Big Obvious Centres start throwing off a more concentrated number of cultural sparks: Austin, Texas; Seattle; Chapel Hill, North Carolina; Atlanta. Las Vegas might not seem the most obvious place to join this list. The Strip is still and ever shall be, as Joan Didion described it, “bizarre and beautiful in its venality and in its devotion to immediate gratification”.

But a recent infusion of money, people and The Believer, a literary magazine, have kindled an already present bookish community into a steadier flame.

The hub of this resurgence is the Black Mountain Institute, a literary centre that operates out of the University of Nevada, Las Vegas. When Joshua Wolf Shenk became executive and artistic director of the institute in 2015 – after the retirement of Carol Harter, who founded BMI in 2006 – he was not planning to also become editor-in-chief of a magazine. But soon after beginning his tenure, Shenk talked to The Believer, then published by McSweeney’s and based in San Francisco, about cooperating on a live event in Vegas.

Those talks grew into discussions about the institute, also known as BMI, buying the magazine, which was in a dormant phase as it tried to find a viable long-term financial model. A deal was finalised in early 2017.

Shenk said that defying what outsiders expect from Vegas was no longer what interested him most, but he and others continually admit that the juxtapositions can be hard to ignore. And one person’s very conscious fight against stereotypes has done much to fund the growth.

Beverly Rogers, a patron saint of the arts in Las Vegas, moved to the area from outside Philadelphia when she was 12. Now 68 and a serious book collector, she remains motivated by the view others have of her long-time home.

“Since I was a kid, I had been sick of going back to my family and friends and have them make some snide remarks about living in Las Vegas, how there’s nothing intellectual going on here,” Rogers said. “I can’t tell you how many insults I suffered over the years. So I’ve always had what I call a desire to raise the cultural barometer of Las Vegas.”

The Rogers Foundation, which focuses on arts and education, pledged $10 million to BMI in 2013. Not long after Rogers’ husband, Jim, a lawyer and television station owner, died in 2014, the foundation pledged another $20 million to the institute, which now officially bears the names of both Rogers and Harter.

“Everyone’s head is so full with the stereotype that I don’t think there’s any room for anything else,” Shenk said of Las Vegas. “There’s no substitute for coming here. You have to move through the environment to get a sense of what it’s actually like.”

The festival heavily emphasizes environment, staging its events against backdrops that are away from the Strip but still quintessentially Vegas – in both artificial and natural senses. The opening night, with readings by Kiese Laymon, Hanif Abdurraqib, Natalie Diaz and others, was held at the Neon Museum’s Ne10 Studio, a dark warehouse space strewn with classic signs. Near the entrance, a larger-than-life reclining cowgirl kicked her blazing boot into the air. On Friday night, just outside the city, readers performed in Red Rock Canyon at sunset, holding their own in a contest for attention with the glowing mountains.

Both the line-up of talent and the crowds at the festival reflected a city that, it is often said, is what 21st-century America looks like.

“The stereotype of Vegas is all white dudes swinging into the Strip and treating the city as a plaything for their imaginations,” Shenk said. “But the real city is incredibly diverse.”

Talk to a dozen people in Las Vegas, and 13 of them will tell you the city’s University of Nevada campus is the most ethnically diverse in the country, as ranked by U.S. News & World Report.

Journalist Amanda Fortini has spent the better part of four years in Las Vegas, as a visiting lecturer at UNLV and, for the past few months, a BMI fellow.

“There’s one misperception that Las Vegas is the Strip, that they’re an equivalent thing,” Fortini said. “But another misperception is that there’s this organic, local community wholly separate from the Strip – that there’s no cross-pollination between the two.”

Beverly Rogers, a patron saint of the arts in Las Vegas, moved to the area from outside Philadelphia when she was 12. Now 68 and a serious book collector, she remains motivated by the view others have of her long-time home

For Justin Favela, a Las Vegas-born artist who appeared at this year’s festival, the city’s outsize dimensions help to spur his vision. “Most of my work is inspired by Las Vegas,” he said. “The colours that I use; the scale. I’m not afraid to make giant, obnoxious things that take up space and draw attention.” 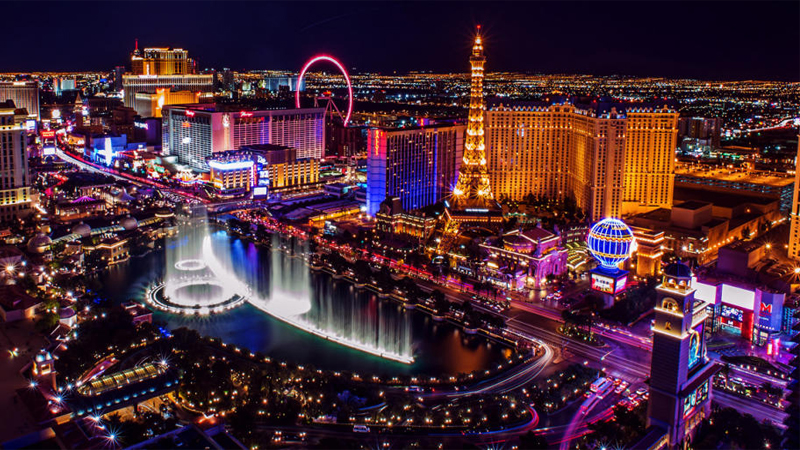 The Believer is not an outsize magazine – its average issue sells 6,000 copies, including paid subscribers and in bookstores – but it is an influential and well-branded one. Sara Ortiz, the program manager for the magazine and BMI, moved to Las Vegas not long after she had returned to her hometown, Austin, from New York. Certain she was back in Texas for good, she said she was lured away in large part by the “name recognition” of the magazine.

Now, in addition to planning the festival, Ortiz coordinates about 50 events year-round for BMI and oversees the institute’s many fellowships, including its City of Asylum program, which hosts writers who face censorship, and sometimes violence directed at them, in their home countries. Egyptian journalist and novelist Ahmed Naji recently began his term as the City of Asylum fellow, and will be in Las Vegas for at least two years.

The final day of this year’s festival featured a series of signings and talks, including the interview with Orange, at The Lucy, a recently opened mixed-use complex owned by the Rogers Foundation that serves as a home for the BMI crowd.

On ground level at the complex is The Writer’s Block, a store that bumped its stock from about 5,000 books at a previous location to about 20,000 in the current one. On the upper floors are apartments for BMI fellows and any Believer editors who live outside Vegas full-time but spend stretches there to work on the magazine.

When Scott Seeley and his husband, Drew Cohen, who own and run The Writer’s Block, were first thinking of where to relocate from New York in 2013, Vegas “was not even on the radar,” Seeley said.

Seeley is an artist who designed two visually distinctive stores for McSweeney’s in Park Slope, Brooklyn. For 10 years, he also ran 826NYC, the nonprofit founded by Dave Eggers that offers free creative-writing programs to children. In Las Vegas, Seeley has started his own program, Codex, for students ages 5 to 18.

It is an irony not lost on him that, having been at ground zero of the McSweeney’s-flavoured Brooklyn moment at the start of this century, he moved to the desert for a change of pace – only to have The Believer move in upstairs.

But he is happy to have the magazine around, and the scene finding him again has helped his business in more ways than one. “Publishers had been reticent to send authors to Vegas because books never sold,” Seeley said. “The Believer coming here legitimised this city in the eyes of the machine out there.”

So far, any new attention from the machine has not changed the fundamental tone of the place.

When comedian and musician Reggie Watts closed the Red Rock Canyon event with a riotous set that included him adopting the persona of a pretentious poet, there was a ripple of surprise and almost relief that someone was having such unabashed fun. The local participants and audience members at the festival betrayed few pretensions, but there was an unquestionably sincere vibe throughout the weekend.

“My theory is that everything attracts its shadow,” Shenk said, “and that quite unconsciously, people who live in Las Vegas have developed a way of being that is in 180-degree contrast to the stereotypes of their city. It’s a relentlessly earnest, authentic, sometimes painfully earnest place. It’s not an ironic place. People are not commenting on the comment.”

In this way, the city is a perfect match for The Believer. In a long essay, much talked about at the time, that anchored its debut issue in 2003, Heidi Julavits wrote: “Snark is a reflexive disorder, whether those who employ it realize it or not,” and that the real questions we need to ask are: “What do you believe in? What do you care about?” These are questions that permeated this year’s festival, which had the theme of “La Frontera,” or the border, and featured several readings and conversations revolving around issues of social justice and the history of oppressed peoples.

“Thank you, believers,” author Lolita Hernandez said as she took the stage at Red Rock Canyon, “for keeping believing.”

So, how to keep on keeping the faith? “We’re in many ways still a baby festival,” Ortiz said. “We’ve learned that we really do well with an intimate crowd. I don’t ever want us to get on the scale of something crazy-large.”

Shenk said the festival was thinking about “how to expand without losing the thing that people want us to expand.”

The long-term future of the whole scene depends on not just artists, but on much more fundamental things – like water. “If Lake Mead holds up, we can all be here long term,” Fortini said, with a dark laugh.

Some of the parched city’s other potential drawbacks are less apocalyptic in scale. Author Lesley Nneka Arimah, a fellow at BMI this spring, said she was trying to figure out where she would live next. And while she has enjoyed her time in Vegas, there are features she could do without. “Tarantula season is July,” she said. “I’ve been foolishly soliciting tarantula stories from people.”

But the overall sense is of a creative community with plenty of room left in its growth spurt. More than one person compared Las Vegas to the Wild West, not for its zaniness or licentiousness, but because its culture’s clay is still wet.

“The first Believer Festival, at the first activity, I started to cry,” Rogers said. “I realised it was because I didn’t know anyone. Everyone there was young. I’m in this crowd, I see the same people all the time. These were people who were really interested in what was going on, and I didn’t know them.”