Seek knowledge even if you have to go to China

When I quoted the above hadith, I was immediately attacked by some Muslims, who obviously regard themselves as repositories of all Islamic knowledge. They said it was fabricated or forged. 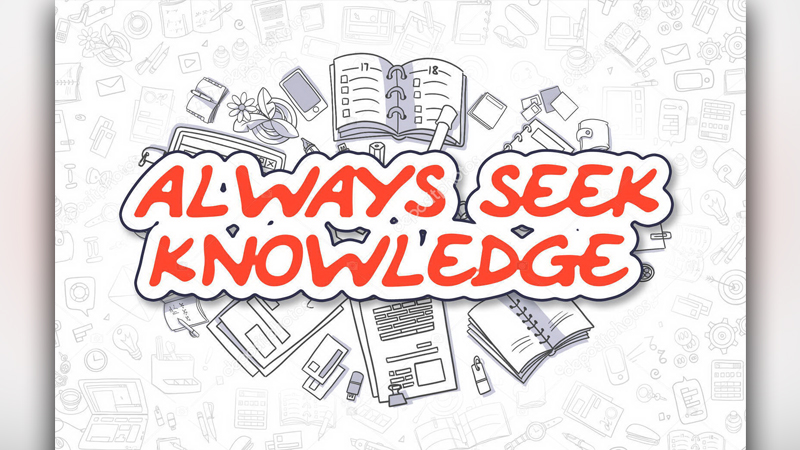 But the tradition has wide circulation throughout the Muslim world, and I was informed about it by several Muslim friends. Even Prime Minster of Malaysia Mahathir Muhammed referred to it. How can people say it was fabricated? Were there tape recorders in the time of the Prophet (peace be upon him)?

Some say the hadith is ‘weak’. Even if it is, one should see its substance and not go by its literal meaning. It obviously means that the Holy Prophet (peace be upon him) said that one should seek knowledge wherever available. There are two other traditions whose authenticity no one doubts:

(1) Seek knowledge from your mother’s lap to your grave.

(2) It is the duty of every Muslim to seek knowledge.

There are also these words in the Quran: May God increase my knowledge.

In fact, the Quran begins with the word ‘Read’.

These show the importance the Quran and the Prophet (peace be upon him) placed on acquiring knowledge.

A majority of Indian Muslims are backward and poor. Perhaps the reason for this is that they have deviated from the path of acquiring knowledge shown by the Prophet, and are in the clutches of the clerics

Among Hindus, the most sacred mantra of the Rigveda, the Gayatri mantra, says the same thing. ‘May God increase our knowledge.’

The renowned medieval Muslim Arab scholar Sa’id ibn Ahmad al Andalusi (1029-1070 ) wrote in his book Tabaqat al ‘Umam, one of the earliest books in the history of science:

“The first people in the world to have cultivated science are the Hindus, who are renowned for their wisdom. Over many centuries, all the scholars of the past have recognised the excellence of the Hindus in all branches of knowledge. They have made great strides in the study of numbers and geometry. They have acquired immense information and reached the zenith in their knowledge of astronomy. They have surpassed all other people in the world in their knowledge of the medical sciences.”

Today, the fact is that a majority of Indian Muslims are backward and poor, as the Justice Sachar Committee Report has pointed out. Perhaps the reason for this is that they have deviated from the path of acquiring knowledge shown by the Prophet (peace be upon him), and are in the clutches of the clerics. The way out for them to attain prosperity is to focus on getting modern education and economic development instead of indulging in petty politics and religious fundamentalism.