Origins of the polio conspiracy narrative

An important lesson of history is that rumours of a conspiracy against large segments of population can only be ignored at great peril. Neglect on this front can easily lead to anarchy and bedlam. 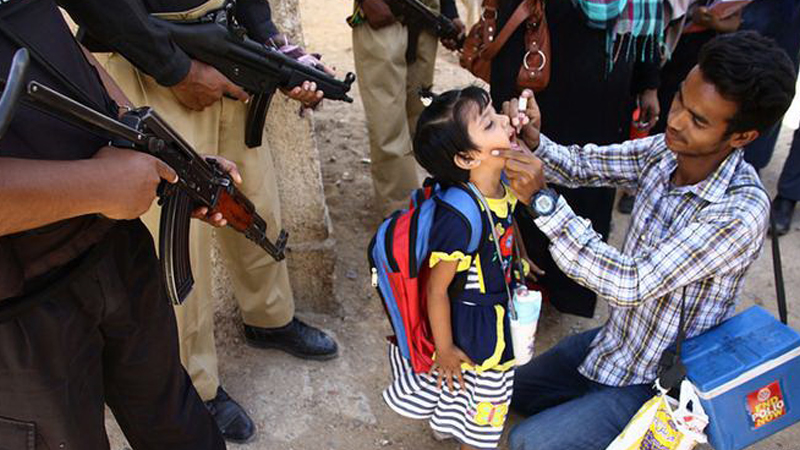 In 1857, for instance, the rumour that the new cartridges used cow and pig fat, insulted the pride of both Hindu and Muslim soldiers of the East India Company and became a factor in the revolt. In retrospect, given the advantage of the knowledge of its consequences, it would seem that somebody should have done something to put paid to the rumour.

What to talk of 1857 Merut, a baseless rumour, spread irresponsibly in Pakistan in 2019, can lead to assaults on police, killing of a vaccinator and abandoning of a national vaccination camapaign.

The rumour mill around the polio vaccination conspiracy goes back to 2003 Nigeria, where one Dr Ibrahim Datti, ostensibly an Islamist, became the first person to accuse the United States of adding an anti-fertility agent to the polio vaccine supplied to Nigeria. By mid-2004, the story had reached India. By 2005, 16 countries where polio had been eradicated previously were reporting fresh outbreaks of infection. Even so, by 2012 the number of countries where polio was endemic was down to just three. They were Nigeria, Afghanistan and Pakistan.

In June of 2012, Gul Bahadur, a leader of the Tehreek-i-Taliban Pakistan issued a notice announcing an immediate ban on polio vaccination. “Anybody who disrespects this order,” the notice said, “will not have the right to complain about a loss or harm.” Bahadur decided that the ban on vaccinations would continue until US drone strikes on Waziristan ceased. Mullah Nazir soon followed suit, announcing his own ban on June 26.

The militant ban on vaccination was thus meant only to disrupt the national effort to eradicate the disease. It can be argued that the militant leaders might have believed that this will force the government’s hand and that a strong protest from Islamabad will result in stopping the drone attacks that were proving very effective.

The story about an infertility agent may have been picked as an afterthought. It had the twin advantage of allowing the Taliban to pretend to be acting in the interest of the local population and portraying the US and its local allies as enemies of all Muslims.

The militant ban on vaccination was meant to disrupt the national effort to eradicate the disease. The militant leaders might have believed that this will force the government’s hand and that a strong protest from Islamabad will result in stopping the drone attacks

The conspiracy narrative gained ground after authorities revealed that in 2011 a Pakistani doctor working for the CIA had used a fake vaccination programme for the eradication of hepatitis B to verify the location of Osama Bin Laden’s hiding place. No wonder the extremists suspect all vaccination programmes of being a ruse in Western (and later Pakistani) efforts to liquidate them.

As resistance to vaccination spreads an increased number of polio cases are being reported countrywide.

As for the recent infant deaths blamed on polio vaccination, Atif Rahman, the Emergency Polio Centre coordinator, told a news conference that preliminary investigation suggested that two of the deaths in Peshawar had occurred due to measles and gastroenteritis. He also said the vaccine took about 30 minutes to produce the desired immunity in a child. The reported deaths had occurred after several hours, even days from the administration of the vaccine.

It can be reasonably inferred from the pattern of the outbreak of the rumours that some external powers are plotting to hinder the vaccination drive to keep Pakistan vulnerable to a polio epidemic in the near future.

Had it been a case of a biological warfare, several government agencies would have been drawn into action by now.

So far no evidence is forthcoming to suggest that the polio vaccine being used in Paksitan has been tampered with in any way.