Democrats’ suit against Trump over foreign payment can proceed — judge 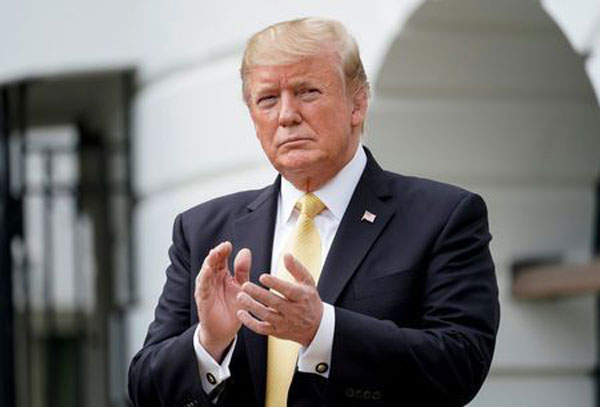 A US federal judge ruled on Tuesday that Democrats in Congress can move forward with a lawsuit accusing President Donald Trump of violating the law by accepting gifts or payments from foreign governments through his businesses.

US District Judge Emmet Sullivan denied a motion by Trump to dismiss the lawsuit filed by 198 members of Congress. The lawmakers charge the president violated the Constitution’s “emoluments” clause, which prevents federal officeholders from accepting payments from foreign governments without the “consent” of Congress.

The constitutional provision is designed to prevent corruption and foreign influence.

Sullivan said in his 48-page decision that he found Trump’s attempt to narrowly define the emoluments clause to be “unpersuasive and inconsistent.”

He said he agreed with congressional Democrats who brought the case that the clause should be read more broadly as barring an official from taking any payment of any kind whatsoever from a foreign state without congressional approval.

Justice Department spokeswoman Kelly Laco said: “As we argued, we believe this case should be dismissed, and we will continue to defend the President in court.”

Democratic US Representative Jerrold Nadler called the ruling “an important milestone in seeking to hold the President accountable for his ongoing violations” of the emoluments clause.

Trump, a wealthy real estate developer who as president regularly visits his own hotels, resorts and golf clubs, maintains ownership of his businesses but has ceded day-to-day control to his sons. Critics have said that is not a sufficient safeguard.

The lawsuit by congressional Democrats is one of two cases against Trump involving the emoluments clause of the US Constitution.

In the other case, Democratic attorneys general in Maryland and the District of Columbia argued that Trump’s failure to disentangle himself from his hotels and other businesses made him vulnerable to inducements by foreign officials seeking to curry favour. The case was later narrowed to focus specifically on Trump’s hotel in Washington.

Since his election, the hotel has become a favoured lodging and event space for some foreign and state officials visiting the US capital.

A federal judge in that case also rejected Trump’s narrow view that emoluments were limited essentially to outright bribes. But an appeals court is reviewing the case and has temporarily frozen evidence-gathering that could force disclosure of Trump’s financial records.