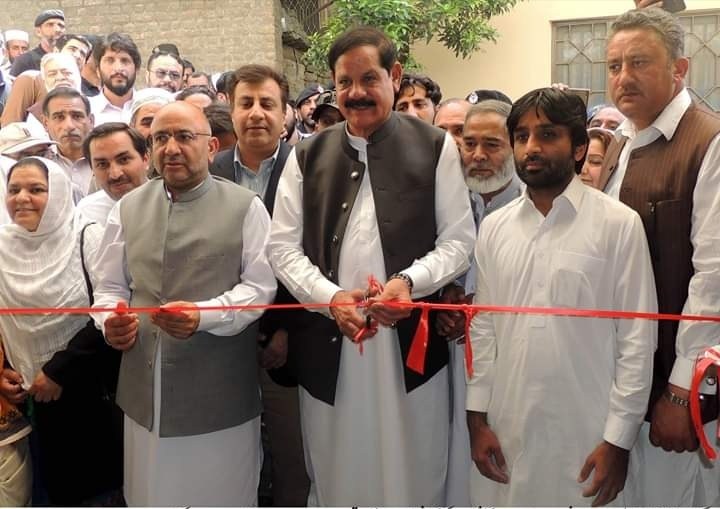 Speaker of Provincial Assembly of Khyber Pakhtunkhwa, Mushtaq Ghani has inaugurated the Pink Bus Service in Abbottabad earlier on Wednesday.

The Pink Bus Service was made functional for the female commuters to provide them with safe and reliable transportation.

This service began with the financial help of Government of Japan and the technical assistance was provided by the United Nations Office for Project Services (UNOPS).

On the initial bases seven buses will operate in Abbottabad city of KP.

While speaking at the inaugural ceremony Mushtaq Ghani thanked the Government of Japan and said that this project will ensure the provision of cheap, reliable, accessible and harassment-free transport service to women.

Director of UNOPS said, “Public transport is the cheapest and most accessible form of travelling, but still women are not willing to use it because the cases of harassment are usually reported in the public transport.”

He added that these cases of harassment in public transport not only stop women productivity but also curb their mobility and their access to public spaces.

Beside safe environment for travelling, the buses have also been equipped with the CCTV cameras along with the online ticketing and female bus hostess have been hired for the buses.

Many women and civil society activists have termed this project as an important step towards women empowerment.

Talking exclusively to Daily Times, bus hostess Sadia said, “It is a good and positive step from the KP government and I hope it will provide a safe environment for women commuters.”

She added that as this project has started, a large number of women are using this service and everyone is looking happy and encouraged because it is a start of journey towards empowerment.

Sana, a passenger said, “I traveled for the very first time in pink bus and it was a good and friendly environment inside the bus, specially the attitude of the bus hostess was very positive.”

Prior to the Pink bus project, another similar project was initiated in the Mardan city of KP which was greatly admired by the local women and other civil society members.