Nothing substantial, it seems, ever gets done in Pakistan without there being a controversy about it. There is a chorus, after every general election, of rigging allegations. Pakistan cannot lose a cricket game without there being suggestions of match fixing. Examination results in many cases are considered suspect.

Not all controversies, unfortunately, can be blamed on people having a penchant for thinking ill of everybody in a decision making position. There are eminently plausible grounds for suspecting foulplay in many cases when irregularities are alleged in government. In Balochistan government these days, the Public Service Commission, leads the way in terms of incompetence as well as irregularities and by a wide margin. Many Baloch youths have started comparing its prformance with that of Nazi Germany under Hitler. It is said that a Baloch youth’s chances of getting a job from the Public Service Commission on merit are no better than those of a Jew under the fascist government. 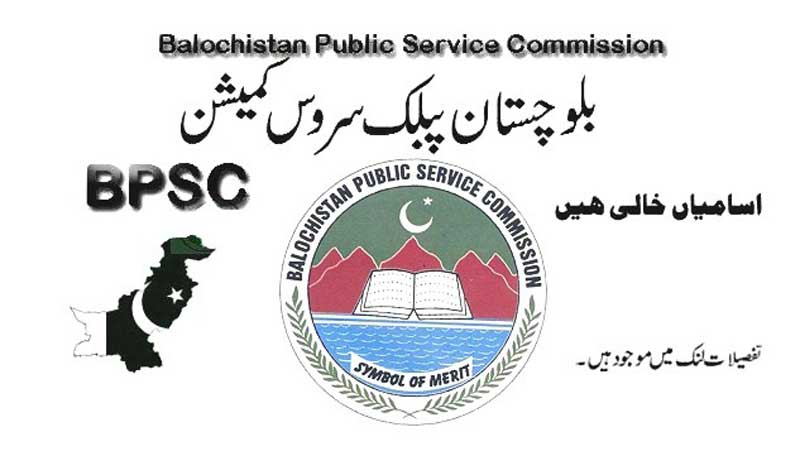 In 2014, Justice Naeem Akhtar Afghan of the Balochistan High Court found Ashraf Magsi, the then chairman of the commission, guilty of several irregularities. Muhammad Khan Achakzai, the then Balochistan, then terminated Magsi. Furthermore, the National Accountability Bureau concluded that Magsi had been involved in violation of merit and charged him, among several officers, with corruption. Next, two of his daughters were sacked from jobs they had been holding. They were also accused of having fake degrees. Favouritism was also alleged in their appointment.

After every competitive examination, it appears, protest by the candidates is to be expected. Out of thousands of candidates who appeared in the examination in 2018 only 78 were declared successful. This has raised many an eyebrow and BPSC’s assessment criteria have been called into question

Hopes of young job-seeking univesity graduates were raised with the appointment of Justice Kailash Nath Kohli (retired) as BPSC chairman. However, things have not been going on too well since his induction. Irregularities have been reported fairly regularly, particularly in the competitive examinations tp pick top bureaucracy. Many students and graduates have taken to the streets to protest alleged highhandedness.

After every competitive examination, it appears, protest by the candidates is to be expected. Out of thousands of candidates who appeared in the examination in 2018 only 78 were declared successful. This has raised many an eyebrow and BPSC’s assessment criteria have been called into question.

Another controversy followed the announcement of results. Some candidates pointed out that those declared successful included some who had been unable, for various reasons, to sit the examintions.

Firstly, the assessment procedure of PBSC has been outdated or it is not standardized as per the expertise to assess and hunt for the intelligent and capable candidates. For instance, in 2017 during the exam taken for the filling of the slot of Tehsildar, the General Knowledge (GK) paper was alleged to have been prepared with ‘Google-copy-pasting’ method. Similarly, PBSC is also responsible for recruitment of officers in BS 17 in health and other key departments. The recruitment in BS 17 (education) has prerequisite for the candidates to have a B.ed degree for appearing in exam. This prerequisite bars many capable candidates-it bars university graduates without a B.ed degree-from appearing in competitive examination against any post of BS 17 in education.

Moreover, the top hierarchy which manages the affairs of BPSC is not free form corruption and political influence. Asharaf Magsi’s termination in 2014 was an eye-opener. Apart from the suggested reforms in BPSC, there is lack of will on behalf of legislators to pass bills regarding reforms in PBSC. Balochistan Public Service Commission Bill (2015) was referred to relevant standing committee in 2015-however it remained debarred. On government’s part, it is mandatory to update information laws, particularly Balochistan Information Law 2005, which can help masses keep a check on government departments including BPSC. This might compel BPSC to redress the cases of irregularities.

Succinctly, BPSC, apart from working to cover up loopholes in assessment procedure, ought to come up with a pre-assessment test criterion to shed the burden of handling huge number of students appearing in competitive examinations. This will help BPSC scrutinize only students who are capable for attempting the examination. Within this context, test assessment model of Bangladesh Civil Service (BCS) can provide some assistance. Ministry of Public Administration, a body of BCS, is burdened with responsibility to conduct assessment tests. Similarly, the ministry also takes pre-assessment tests even against the post of BS 17 in health, education and other key departments when the number of candidates increases. This can be a model (no matter if borrowed) for the BPSC to maintain transparency rather than ending up with ‘Google-copy-pasting’ methods in assessment procedure!