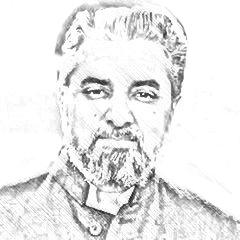 Adam Smith once said, “The man who works so moderately as to be able to work constantly not only preserves his health the longest but, in the course of the year, executes the greatest quantity of work.”

This quote got me thinking -Are we in any way compromising on work productivity as well as personal life, health and wellbeing? Are wetrapped in time following in the steps of Britain’s ‘dark satanic mills’ of the nineteenth century industrial revolution?

Doctors tell us starting early in the day is desirable from nature’s point of viewand is extremely important for our health.When it perceives it is night, our brain releases relaxing hormones so that our bodies can relax and we could get sound sleep. One can observe the quality of sleep is always better when we sleep early at night what we call ‘beauty sleep’, and even if we sleep for ten hours during the day, quality of our sleep suffers and we seldom wake up with a fresh feeling. Similarly, when it is morning, brain releases body-activating hormones to prepare us for an active day ahead.

Even Islamic way of life requires us to get up early in the morning for prayers and then getting on with our businesses. This makes the usual 9 to 5, that in some cases practically becomes 9 to 9, highly incompatible with thishealthy way of life, with hardly anytime left for family and friends, and sports and exercise that are crucial for our wellbeing seem like a far fetched idea.

It seems modern industrial age and our present work schedules are bent upon destroying our health, our social life and our sacred and most important institution – family. The destruction of family has grave implications especially for our children and the future of our nation. When both parents are working due to economic factors and end up returning home late in the evening, they not only have little time for children but also little strength to match the ever energetic children and their very real and important issues.

This means children are left either alone or at the mercy of maids where affordable. We all know the involvement of relaxed and non-fatigued parenting in children’s lives is crucial to their healthy development. We can clearly see the decaying quality of upbringing of our children in this modern age of extreme dearth of parents’ time for their children.

By starting earlier in the day, we would also end early and eliminate the lunch breaks during office hours. Schools could start half past seven in the morning and after dropping children off to schools, we could all get to office by eight. With a six-hour workday, we could call it a day by two in the afternoon. This means we could go home, have lunch with our families and then take the afternoon power nap or ‘qalula’ in complete compliance with the Sunnah of our beloved Prophet (PBUH). This gives us enough time during the day to be with our families, play sports with our children in the evening and socialize with friends and relatives before the day ends.

A Japanese company Okuta that is in the business of home renovation has been encouraging its workers since 2017 to take short afternoon nap of twenty minutes. Other companies like Burlington, Vermont-based Ben & Jerry’s, Zapposthe online shoe retailer in Las Vegas, Nevada, Nike at their headquarters in Oregon, and the online newspaper Huffington Post’s New York City headquarters have all implemented the ‘afternoon nap’ for their employees. The “NASA nap” is now a common practice among pilots working for major airlines like the Continental and British Airways.

Some Pakistanis say since we are still a developing country, we need to work Saturdays and even Sundaysfrom 9 pm to 6 pm or longerif we are to progress. Fortunately,workinglong hours does not increase efficiency as most Pakistani employers and policy makers’would want to believeand actually has the opposite effect.According to an article by Oxford University Researcher Dr Paul Kelley published in the Telegraph, London, Regular office hours (9-5) pose a “serious threat” to mood and mental health of employees. Paul Pomroy, CEO of McDonald’s UK and Ireland acknowledged, “people simply don’t want to work 9-5 anymore.”

As Adam Grant, a psychologist from the Wharton School in Pennsylvania puts it, “I think we have some good experiments showing that if you reduce work hours, people are able to focus their attention more effectively, they end up producing just as much, often with higher quality and creativity, and they are also more loyal to the organizations that are willing to give them the flexibility to care about their lives outside of work.”

Economist and historian RutgerBregman, author of ‘Utopia for Realists’ explains that a shorter workweek is not that new or revolutionary and policymakers have been trying to find a way to give workers more personal time for about a century now. He further mentions that up until the 1970s, a number of leading economists, philosophers, and sociologists believed that we would be working less and less. It seems later we lost track of human wellbeing and instead focused on the creation of material but getting inefficient in the process as greed for material usually has a blinding effect.

According to Bregman, “In the 1920s and 1930s, there were actually major capitalist entrepreneurs who discovered that if you shorten the working week, employees become more productive. Henry Ford, for example, discovered that if he changed the working week from 60 hours to 40 hours, his employees would become more productive, because they were not that tired in their spare time.”

With these factors in mind, in the 2019 annual meeting of the global political and business elites coming together as part of the World Economic Forum in Davos in Switzerland, experts recommended, “It’s time to switch to a four-day working week”.

OECD figures from research establish a direct correlation between longer work hours and lack of productivity. Therefore it would be naive to suggest we need to work 24/7 to become more productive as it is actually counter productive. Companies in other parts of the world are gradually implementing afternoon naps and four-day workweek for better productivity. Briony Harris records for the World Economic Forumthat in New Zealand, the company ‘Perpetual Guardian’ whichhad implemented a four-day workweek last year as a test case hasconfirmed it would implement the shorter workweek on a permanent basis. In her article “The 9 to 5 working day could be on its way out”, Alexandra Gibbs writing for CNBC states that almost 60 percent of those in full-time jobs in the UK would choose to start before 9 and end earlier than 5.

Scientifically speaking, the actual span of our brain to do real thinking is much shorter than our current eight-hour workday. Oliver Burkeman of the Guardian in his article, “Let’s hear it for the four hour working day” in August of 2017 addresses this vital question. He asks,”how much of proper brainwork – not zoning out in meetings, or reorganising the stationery cupboard, but work that involves really thinking – should you aim to get done in one day? But the answer isn’t some sophisticated version of: It depends. The answer is four hours.”

Afour-day workweek and a six-hour workday eliminating lunches during office hoursthus providing for afternoon nap and more family time to employeesis a win-win situation for both employers as well as employees as they become happier and more productive. However, with all the employers’ insecurity, greedandanoutdatednineteenth century factory mindset of the industrial revolution,it seems it would take much longer for us here in Pakistan to explore this approach and assess its merits for greater productivityandwellbeing.

Talha Ali Kushvaha is a visiting professor at the National College of Arts, and has taught and designed history and culture courses at various universities in Pakistan for over fifteen years. He is a board member at Hast.o.Neest – Institute of traditional studies and Arts in Lahore. He is a guest speaker on history, culture, and identity at ‘Dabistan-ay-Iqbal’ and other universities. He is a member of the AUTAQ Policy Think Tank on culture under Lok Virsa and has co-authored the book, ‘Folk Heritage of Pakistan’. He is currently working on his book on the colonial-cultural history of Pakistan.

He can be contacted at takshila.pk@gmail.com