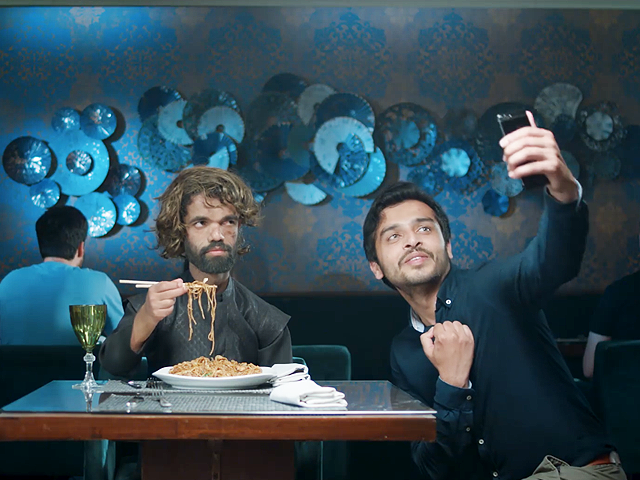 Until a few months, the 26 year old Rozi had not even heard of the Hollywood actor. Rozi Khan’s life transformed when the son of the restaurant owner he works for spotted the resemblance and then posted his picture on social media.

Now Rozi Khan’s new dream is to act in movies and meet his dopple ganger Peter Dinklage or even bag a role next to him a Hollywood film?

“In the beginning, they started calling me Peter Dinklage. After that, I saw his show, and then slowly, slowly I became famous,” Khan said

“My wish is to work in movies. And my other wish is that I should meet Peter Dinklage,” Rozi said.

The resemblance is more than just facial features. Both men are exactly the same height and share the same haircut as well. Rozi Khan and Peter Dinklage, have dwarfism and both are 135 cm tall.

Rozi is now enjoying the privilege of being a celebrity look-alike. The eighth and final season of the wildly popular Game of Thrones concludes on May 19.