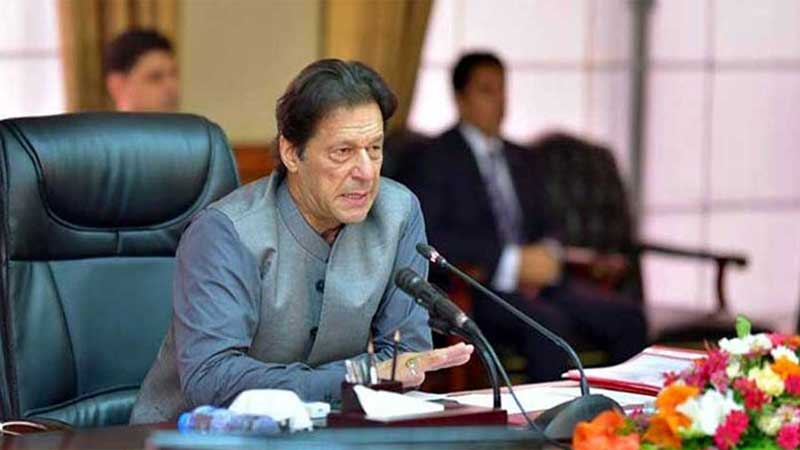 Prime Minister Imran Khan Thursday arrived in Beijing on a four-day official visit at the invitation of President Xi Jinping to attend the Second Belt and Road Forum and to meet the Chinese leadership.

The prime minister is visiting China from April 25 to 28 to attend the forum to be inaugurated by President Xi Jinping on April 26 in Beijing, a PM Office statement said.

On his arrival, the prime minister was received by Deputy Secretary-General, Beijing Municipal Committee of CPPCC Li Lifeng, Chinese Ambassador to Pakistan Yao Jing and Ambassador of Pakistan to China Masood Khalid.

This is the second visit of the prime minister to China as he had earlier paid a state visit to the neighboring country in November last year.

“I am beginning my visit to China with a resolve to take our all-weather strategic cooperative partnership to newer heights,” he said in a statement prior to his departure in Islamabad. He said China is Pakistan’s closest friend and iron brother and that he looks forward to meet his ‘good friends’ President Xi and Premier Li for an in-depth exchange of views on all issues of mutual interest.

The prime minister said it is a matter of great satisfaction that Pakistan-China bilateral ties are not only based on convergence of interests but are rooted in common experiences of past and high level of mutual trust and understanding. He said the bilateral friendship is ingrained in the hearts and minds of the people that will remain unaffected by any regional and international developments.

The prime minister thanked China for its strong support to Pakistan’s sovereignty and territorial integrity and resolved that Pakistan will continue to stand by China on all issues of its core interest. He strongly endorsed China’s vision of a peaceful world based on win-win cooperation and community of shared destiny and a new model of development, envisioned in President Xi’s Belt and Road Initiative.

He said China-Pakistan Economic Corridor (CPEC) is a flagship project of BRI that will remain the top priority of his government. In the second phase of CPEC, both the countries are jointly focusing on socio-economic development, job creation, livelihood projects and accelerating cooperation in agriculture and industrial cooperation including special economic zones, he remarked. “I am strongly committed to further strengthen Pakistan-China relationship. I am confident that my visit will be instrumental in further expanding the scope and depth of our bilateral ties,” he added.

According to the Foreign Office, during his visit the prime minister will attend Leaders’ Roundtable with leaders from around 38 countries. He will speak in the first session of the roundtable. He will hold meetings with several heads of state and government and corporate and business leaders on the sidelines of the forum.

Following the forum, the prime minister will address a Pakistan Business and Investment Forum on April 28 to be attended by prominent Pakistani and Chinese businessmen.

Prime Minister Imran Khan will participate in Beijing International Horticultural Exhibition along with President Xi Jinping and other world leaders.