El Salvador gang members in rehab have message for Trump 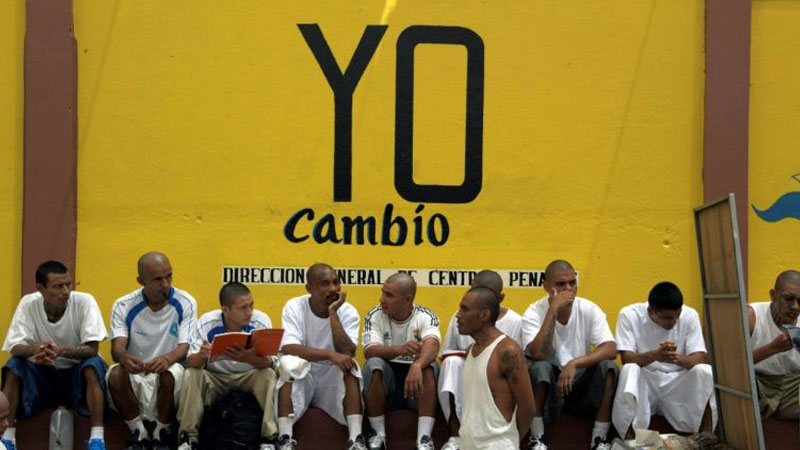 Some 1,700 imprisoned gang members in El Salvador claiming to be turning around their lives in a rehabilitation program have a message for US President Donald Trump: they’re neither “terrorists” nor “animals.”

At the high-security Chalatenango prison in the north of the country — where an AFP team passed through full body scans to gain access — inmates are taking classes in bakery, tailoring, carpentry, woodwork and even art and culture, in a bid to prepare for life after incarceration.

Despite not disassociating themselves from the notorious Mara Salvatrucha — or MS-13 — gang, the Chalatenango inmates have signed up for the “Yo Cambio” (I’m changing) program.

“We’re people like everyone else: human beings. We’ve changed and we’re showing that those gang members deprived of liberty can contribute something positive to society,” the program’s coordinator Alexis Castro, a 33-year-old MS-13 gang member serving a 10-year sentence, told AFP as three armed guards watched on.

Some 1,700 heavily tattooed prisoners, mostly youngsters, are crammed into a prison with a capacity of just 350, enduring searing heat as well as tough conditions — telephone calls and visits are banned here.

They’ve been accused of a range of offences including murder, extortion, drug selling, vehicle theft and the forcible recruitment of children.

Yet many are still bristling at Trump branding MS-13 as “violent animals,” as well as the Supreme Court declaring in 2015 that gangs, including Barrio 18 — another notorious outfit — are “terrorist groups” because they carry out “systematic attacks on the life (and) security” of the population.

“We’re labeled terrorists but we’ve never been terrorists at any point,” said Castro.

Nestor Mendoza, 29, has served nine years out of a 30-year sentence, but he’s eagerly preparing to “reintegrate” into society.

“Trump called us animals and we’re here to show society and him that we’re people with hearts and that we’re prepared to make a dramatic change in our lives,” said Mendoza.

The classes are mostly theoretical as the inmates lack the necessary materials to take part in practical training.

They are hoping that newly elected President-elect Nayib Bukele — who takes office on June 1 — will implement a “government of opportunities” that opens work centers for gang members, Castro said.

Gangs like MS-13 were born on the streets of Los Angeles in the US before spreading to Central America.

El Salvador currently counts an estimated 70,000 gang members, more than 16,000 of whom are behind bars. Some 3,300 of those have enrolled in training programs.

Prisons general manager Marco Tulio Lima said that three other penitentiaries holding gang members are participating in the training program but said that prisoners must show “evidence of change” to continue in the scheme.