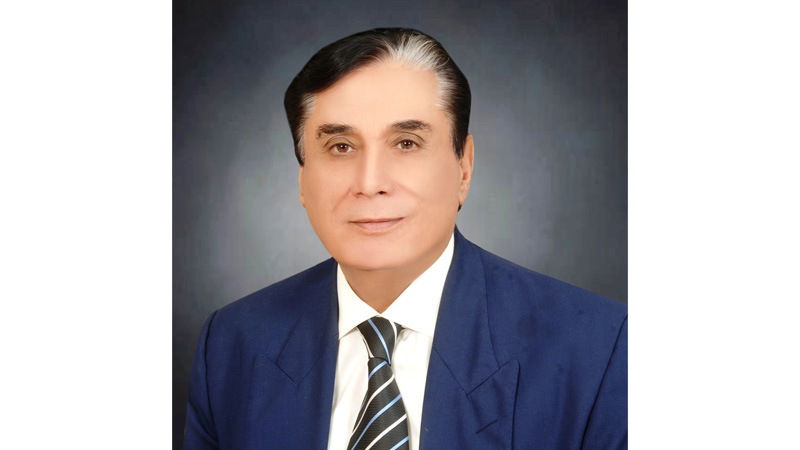 Corruption was the root cause of all ills being confronted by the country. It was also main hurdle in progress and prosperity of the country. Justice Javed Iqbal immediately after assuming the coved post of chairman NAB on Oct 11, 2017 devised the policy of “Accountability for All” but created the slogan NAB’s faith; corruption free Pakistan. From Oct 11, 2017 to Dec 31, 2018, the chairman transformed the Bureau into an effective, vibrant and trust worthy institute in just 13 months period.

The decision of Supreme Court of Pakistan of handing over investigations of Panama Papers case, 56 public limited companies,435 offshore companies and fake accounts testifies this.

National Accountability Bureau under the guidance of Justice Javed Iqbal had taken indiscriminate actions against corrupt elements in just 13 months which helped increasing people’s confidence over the Bureau. Over 59 percent people reposed confidence over NAB policies in a Gallup and Gillani survey. Owing to that trust NAB had received about 54,344 complaints from Oct 2017 to Dec31,2018, the highest in a year period history of NAB. NAB had okayed 2,125 complaint verifications, 1059 inquiries,302 investigations, 561 arrested and filed 590 corruption references in various accountability courts.NAB had also recovered record Rs 4,200 million from corrupt elements and deposited in national exchequer.NAB also enjoyed 70.8 percent unprecedented conviction ratio in 2018 as comparing to matching institution’s performance.

Chairman said eradication of corruption is our national responsibility. Top most priority of NAB is to conclude mega corruption cases as early as possible. Looted national wealth should be recovered from the corrupt and proclaimed offenders by dragging them into the dock.The recovered amount would help completing incomplete projects.The strategy adopted by Justice Javed to curb corruption has already been admitted as most effective strategy to fight corruption.

Chairman himself listens people’s grievances by holding open Ketchery on every last Thursday of every month. He has till date listened over 4,000 complaints. All regional director generals also listen to people’s complaints at their respective offices on last Thursday of every month. Chairman has also chaired 25 meetings of Executive Board Meetings at headquarters in last one year.The meeting had allowed holding hundreds of complaint verifications, investigations, inquiries and references.NAB utilising all available resources to eradicate in all forms.NAB also role model for SAARC countries. Pakistan was elected first chairman of Saarc anti corruption forum.NAB had also inked corruption eradication agreement with China. NAB does not believe discrimination against any suspect.NAB considers only cases but not faces. The positive results of Chairman’s zero tolerance policies of Accountability for All have started

Pouring in and total elimination of corruption is not far.

NAB had received 40,156 applications in Modarba and Musharka scandals.The Bureau had so far arrested 44 suspects besides recovering Rs 616 million looted amount from culprits of Mudarba/Musharka scandals.From same culprits the Bureau has recovered 6,000 Kanal land,10 houses and 12 precious vehicles and 28 references were filed in Accountability courts, so that the looted amount could be returned to the affectees.

The Bureau has also returned the housing societies’ looted amount to public, who thanked the chairman for recovering their hard earned life savings from housing societies. Justice Javed has termed eradication of corruption as his priority no one he has recovered record Rs 303 billion from corrupt elements and deposited in national exchequer.