* Though the Higher Education Commission has a well-documented curriculum containing clear objectives for education at all levels, there is still a gap to be found in courses to be taught 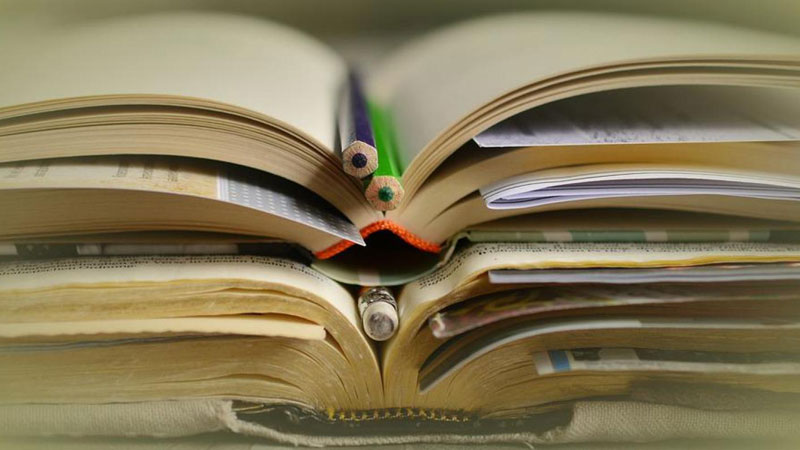 The human desire for knowledge and wisdom has always existed and rather intensified with the changing phases of sociological developments in human history.

The same is reflected in classroom practices where the students are curious to know, discover and explore the realities and seek to accumulate information and knowledge about the various issues under study. Unfortunately, the pedagogical inappropriateness in Pakistan is unfavourable for students. It has affected the curiosity for learning and the desire of seeking the truth and wisdom in present day. Classrooms are currently functioning as a torture house for many students not only at school but also at colleges and at university level. The major reason lies in older methodologies or implementation of modern teaching trends without applying it in the essence. Pakistani education sets up the model where classes are more of political sites which are used to propagate the ideological content more dominantly than the skills required for 21st Century. The children are indoctrinated with a fixed worldview through all sorts of curriculum including language, science, social studies and arts. The research supports the claim that education is more ideological activity anywhere in the world. Pakistan is not an exception in this case. Schools, colleges and universities demand from students to be submissive, disciplined and soft in behaviours. Questioning in most cases is thought to be a sign of disobedience.

Though Higher Education Commission has a well-documented curriculum containing clear objectives for education at all levels, there is still a gap to be found in courses to be taught, instructional strategies and assessment practices. Government sector in Sindh province, for instance, is drastically failed due to the outdated curriculum and unfair means of passing the examination at school and college level. Parvez Hoodbhoy – a leading scientist in Pakistan and critic writes that Pakistan education including science is not up to the international standards. Science which is more objective is influenced by theological interpretations. The same goes for other courses on humanities and social sciences. When the government does not deliver, the private academic agencies intervene in the education. In Pakistan, the elite schools no doubt perform much better than those of public sector schools and colleges. However, there are several problems with the private education. For instance, the schools and colleges have sky-rocketing fees which are unaffordable by many in the country. Only elite class – one section of the society can have an access to such educational system. Private education is not devoid of intentions to indoctrinate learners. It has a different agenda i.e. to secularize the learners. Both government and private education systems are at daggers’ dawn controlling the learners through different ideologies – Islamisation or secularisation/westernisation. The children are not prepared to be critical thinkers and form their own perceptions about the world they live in. They have been trained to believe in rituals, traditional and fixed beliefs and cultural values.

Learning is purely a cognitive activity which involves human engagement in its process at a deeper level. If learning is made boring and unproductive, it becomes stressful. Students are likely to lose interest in several academic tasks such as classroom discussions, individual and pair tasks and group formations

Learning is purely a cognitive activity which involves human engagement in its process at a deeper level. If learning is made boring and unproductive, it becomes stressful. Students are likely to lose interest in several academic tasks such as classroom discussions, individual and pair tasks and group formations. They do not participate in learning curiously. They are rather made to be a part of classroom activity.

A shift of pedagogical stance from ‘teacher-centered class’ to ‘learner-centered class’ has also caused a serious trouble to the classroom learning practices in Pakistan today. A commonplace assumption holds that ‘learner-centered pedagogy’ works far better than ‘teacher-centered classes’. It is due to the fact that modern education puts more emphasis on learner rather than the teacher. In previous times, education was simply considered a process of transference of facts, information and knowledge to the students. This model what Paulo Fieri called ‘Banking Concept of Education’ where the teacher is a depositor, knowledge is a deposit and the student is a depository has been challenged with the rise of ‘critical pedagogy’ which questions the authoritative position of the teacher and replaces traditional pedagogy with ‘Emancipatory Approach’. The students in this model are no more passive recipients of knowledge; they are not anymore empty vessels to be filled up by the teachers. Learning is rather seen as a dialogic activity. It is not transference of facts and figures, knowledge and information, it is rather sharing of knowledge and problematizing what is taken for granted and certain. This approach proved helpful for students in liberating themselves from the forces of teachers’ authority and monopoly over their ‘individual experiences’ and ‘identity’. Where does Pakistan stand today?

Unfortunately, the dialogic and emancipatory pedagogy has been misunderstood in academic circles and thus failed to direct our present day classes to be in ideal conditions. As a result, we have either more teacher-centered classes the way they used to be or more learner-centered classrooms without any productive input from teachers. A relation between teacher and student needs to be rethought. Classes need to be balanced where both the teacher and the student contributes to learning process. The students’ social identity and individual experiences deserve to be paid heed. The teachers in many parts of the country are still not trained to equip themselves with modern trends in education. As a result, they are still authoritative in their approach.

Teachers in Lev Vygotsky’s socio-cultural model of learning stand as More Knowledgeable Others (MKO) who understand the contents of the subject better than the students who are novice learners with a dire need to receive intellectual feeding from their MKOs. Teachers input in their classes can train their students in academics and help them grow intellectually. With it, learning will become interesting. Moreover, the students will take more interest in doing the academic activities and wouldn’t take it as a burden. Group formations, peer-learning, academic assignments, projects and other activities become meaningful only when the teacher assumes the charge of the class through his/her commitments and serious responsibilities of imparting knowledge to the students and transforming them into future intellectuals. This can be done by enlivening the curiosity of the learners for ‘truth’ and ‘wisdom’ through dialogic approach and reducing academic fabrication and distortion of the truths so that real learning gets to be the essential goal of education and pedagogical practice. The teacher and students through their collaboration can revitalise the lost spirit of learning in modern day Pakistan. We can regain the lost spirit of education and help students become creative and critical individuals by rethinking the modern trends in pedagogical practices which encourage teachers and learners to grow parallel through collaboration.

The writer is a teacher at Mehran University of Engineering & Technology and can be reached at waqar.shah@faculty.muet.edu.pk