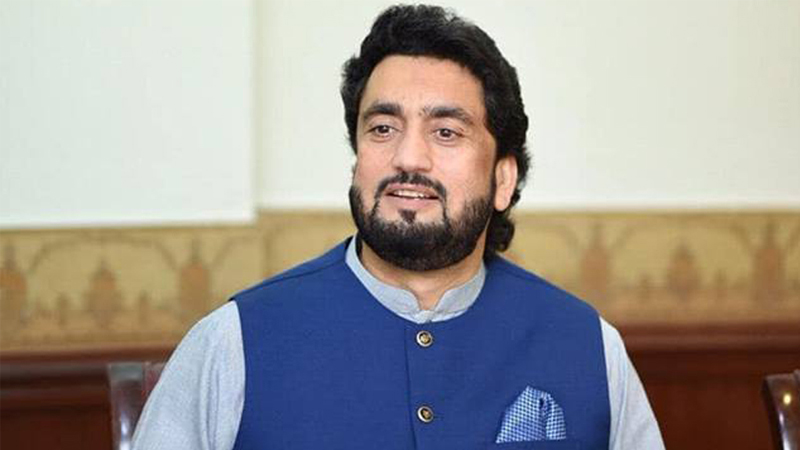 Minister of State for Interior Shehryar Khan Afridi has said that the federal and provincial government have launched an unprecedented crackdown against proscribed organisations and that all political stakeholders have been taken into confidence over the issue.

Referring to government’s action against non-state actors, Afridi said the government’s handling of protests against Asia Bibi verdict had sent a message loud and clear to all that no one will be dictating the terms now. “The crackdown against TLP is a classic example of the state’s resolve against extremism which was even applauded by the opposition parties and the world community. Action against proscribed organisations is nothing to do with the FATF … rather it is for wellbeing of our future generations,” he said.

“We want to make it clear that actions related to FATF are responsibility of Pakistan. We have formed committees to launch massive crackdown against proscribed organisations at ministerial and secretarial level while the clergy is also a part of it,” the minister said. “The crackdown against proscribed organisations has been exemplary. There will be no compromise on national security,” he added.

Shehryar Afridi said no nation can live in isolation in this global village. He said any individual act may not be and should not be associated with a particular country, people or a religion. He said Pakistan has fought the war against terrorism to save the world but no one ever bothered to understand why a country which was highly progressive in 1960s is being portrayed negatively.

The minister said Pakistan is undergoing a process to ensure supremacy of the rule of law and Prime Minister Imran Khan has announced that even he is accountable before the law. “For the first time in our history, all institutions and entire Pakistan are on the same page and we are taking decisions as a team. No one can dictate its terms on Pakistan anymore,” he added.

He said prime minister recently met with leading scholars from all religious groups including Wafaq-ul-Madaris, Wafaq Ittehad Tanzeem and Islamic Ideology Council. They all assured the prime minister that they stand by the decisions taken by the federal government at all levels.

The minister urged the diplomatic community to play a bridging role so that Pakistan’s true image could be projected at the international level. “We are taking action against human trafficking, money laundering and drug business. For the purpose, we are fencing our borders and all exit and entry points are being monitored and patrolling is being made in professional manner. We are also monitoring banking channels besides launching crackdown on hawala and hundi. We have choked currency movements from all airports and officials of Customs, FIA, Anti-Narcotics Force and Airport Security Force are taking strict measures to block illegal currency and drugs flight,” the minister said.

The minister said the PTI government is ensuring provision of equal rights to people from religious minorities and the action taken on alleged abduction of two Hindu girls is an example in this regard. “Let me assure you that whosoever is found involved in the incident will be made an example,” he added.

Referring to the new visa regime launched by the federal government, the minister said Pakistan has been opened for the investors, tourists and adventurists as Pakistan is blessed with world’s most rich climate and tourist resorts. “We want to convey to the whole world that the sacrifices that our army and our people have made in the war against terrorism have now made Pakistan one of the most peaceful countries in the world. Now the doors of my country are open for the world,” he said.

The minister said since PTI government is delivering on the ground, the world is now acknowledging its positive role for regional peace and development. Referring to Pakistan’s support for Afghan peace process, the minister said US President Donald Trump has appreciated Pakistan’s role in bridging gap between Afghan Taliban and the US.