Demystifying AI National policies of US and China

On 11th February, President Trump signed an executive order aiming at American dominance in Artificial Intelligence (AI) field. The Executive Order is afive-dimensional strategy in order to ensure American leadership in AI field. The five areas of AI executive order are; research and development, governance, infrastructure, development of workforce and international engagement. The major focus is to enhance its infrastructure of technology through new trends such as the big data, internet of things and cloud computing. Secondly, the role of AI is critical in governance and work force because it not only increases its efficiency but also an existential threat to workforce. As for as international engagement is concerned, the biggest challenges for US is China. The executive order does not talk about the its budget, process and timeframe regarding its implementation, but its footprints can be found in last year’s report of national machine intelligence strategy for the US. On the implementation front, it is not clear whether this EO will provide mechanism for coordination and cooperation between state and tech-giants or state lead supervision because private tech-giants have their own vision to pursue not that of the White House. Although it is unclear, but it would be the most significant initiative of the Trump administration because in the long run the global leadership particularly in economic and security fields will be determined by the superiority of Artificial Intelligence. 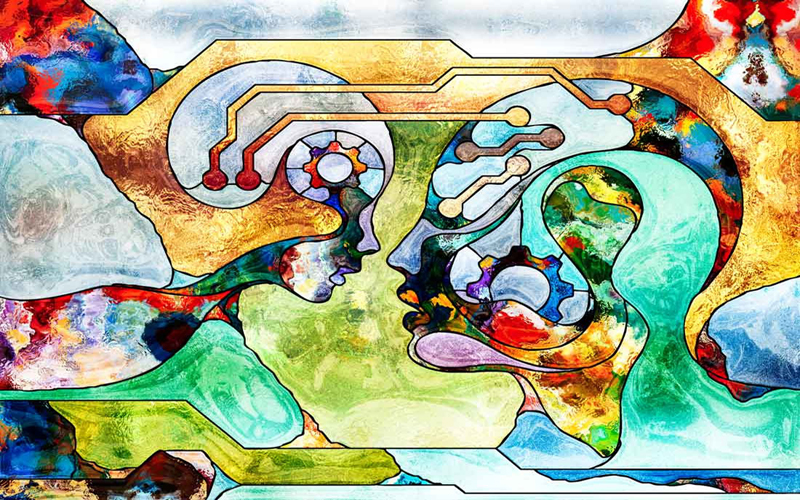 Until this EO, the major impetus of AI in America is coming from private sector. It is the first time that any government has launched executive order regarding AI in America due to China’s ambitious plans of technological dominance. Itis worth noting that during 19th Party Congress, President Xi Jinping has emphasized that China should surpass the US technologically by 2030. For instance, Greg Brokerman has testified before congress that American Govt is spending only $1.1billion as compared to the China which proposed $150 billion for the next decade. According to a 2018 Tsinghua University report, “China leads the world in AI papers and highly cited AI papers.” It also has “more AI patents than U.S. and Japan.”This report examined four key areas in AI development between China and US.

The first part is comprised of three sectors; the paper output, patent application and talent. From 1997 to 2017, the percentage of China’s AI papers rose from 4.26% to 27.68% which highest in the entire world. Furthermore, China surpassed US in terms of highly cited papers and State Grid Corporation of China (SGCC) emerged top company in terms of AI paper output. Secondly, China again stands first in terms of ownership of AI patents. China’s AI patents have been concentrated in data processing systems and digital information transmission, with image processing and analysis related AI patents accounting for 16% of the total. Thirdly, in 2017 China emerged as the second largest in terms of AI talent pool. The number of Chinese AI specialists reached 18232 or 8.9% of globe after US 13.9%. It important to highlight that universities and research institutions are the major institutions of AI specialists. In China, Tsinghua University and the Chinese Academy of Sciences are the world’s important institutions of AI talent development.

In the second sector of ‘Industry Development and Market Applications’ China appears to be the second in terms of AI companies. The total number of the AI companies of China are 1011 as compared to the American AI companies which are 2028. Though China is far behind from US but its rising pace is incredible. By the end of 2017, AI market of China reached RMB23.7 billion, having top three segments of computer vision, voice and natural language processing. In terms of market dominance, the computer vision is at 34.9%, voice is at 24.8%and natural language processing at 21% and it is being expected that the market will grow75% in 2020.Additionally, with the rapid growth of AI global internet market the Chinese and international internet companies have experience massive expansion. For instance, Google and Amazon have more than 60% of the global market followed by Alibaba in third place and Xiaomi in fourth place. The global robotics market has reached US $23.2 billion and the share of Chinese market is about 27%. China is rising exponentially in other AI-related markets like smart home, security, healthcare, finance drones, policing and intelligence.

In third and last sectors sector, the focus of the US is on economic, technology and most importantly on security dimensions, EU is focusing on ethical risks, Japan is focusing on ‘Society 5.0’ and China is focusing on digitalization of society, manufacturing power and tech dominance. The project ‘Made in China 2025’ is most essential AI strategy of China.

The writer is a research associate at the Centre for Strategic and Contemporary Research (CSCR), Islamabad